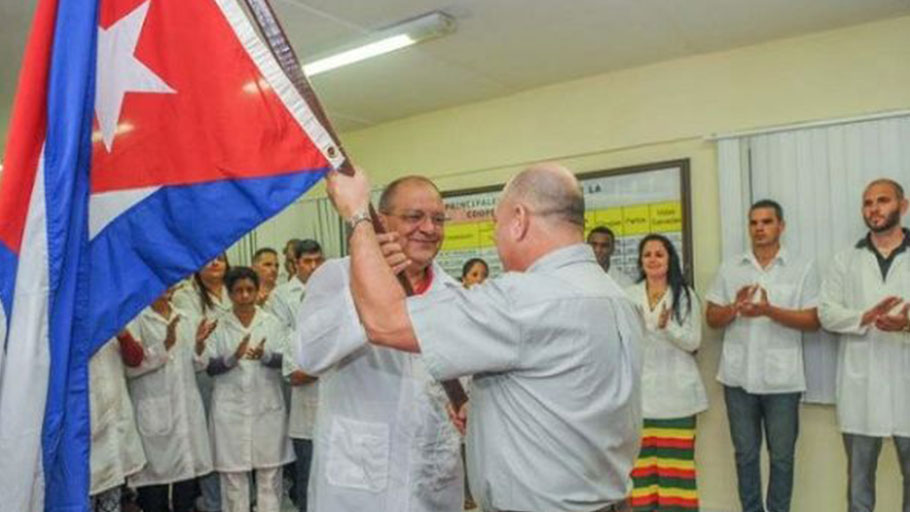 Cuba Has 9 Doctors Per 1000 Citizens, Highest in Its History

You Are Here: Home » Blog » News & Current Affairs » Cuba Has 9 Doctors Per 1000 Citizens, Highest in Its History

Cuba’s health system is in an all-time high as the country has nine doctors per 1000 citizens and more than 485,000 health professionals working in the National Health System.

Cuba has more than 100,000 doctors, the highest number in the history of the country with a proportion of nine doctors per 1,000 citizens.

Jose Angel Portal Miranda, head of the Ministry of Public Health (Minsap), said that after the revolution, there were barely 3,000 doctors in Cuba. The University of Medical Sciences of Havana, since then, has trained more than 376,000 health professionals including doctors, nurses, and other health professionals.

The head of the Minsap said 35,787 foreign students from 141 countries graduated from Cuban universities, mainly from Africa and Latin America.

This year more than 10,000 medical professionals graduated from Havana, 1,535 of them are from foreign countries. Miranda also stressed that no other small developing countries could achieve such a feat.

Out of the more than 485,000 workers of the National Health System (SNS), some 234,000 are professionals from different branches of medical sciences who work in more than 13,000 health institutions in the country.

Cuban doctors are held in high regards worldwide for their work in different countries stuck with disaster. For example, after the cyclone Idai in Mozambique which killed more than 400 people, Cuba sent a “field hospital”, with full staff and equipment to the country in March. In the 63 days of stay in that country, the Cuban contingent attended a total of 22,259 patients.

After the doctors returned to Cuba in June, Portal said, “They wrote a new page of solidarity for Cuban public health, and they are part of that history that shows the world what we are capable of doing.”

This article was originally published by teleSUR