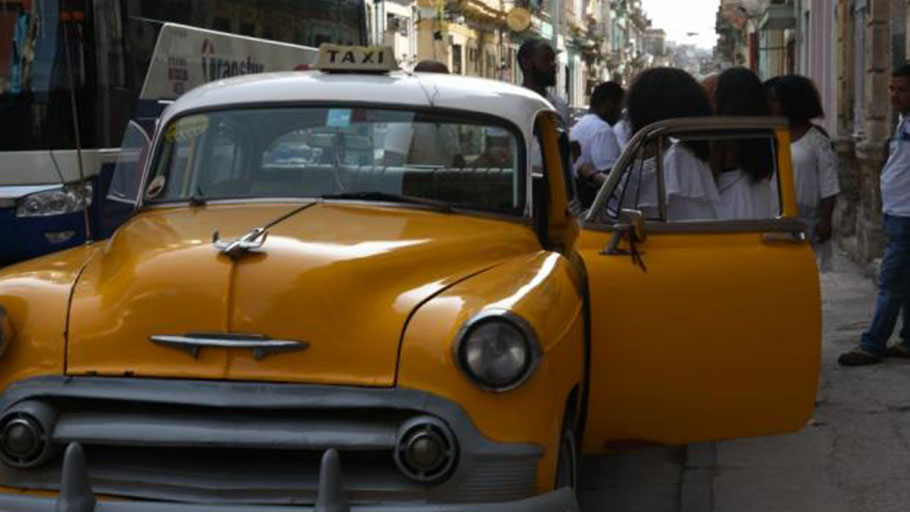 HAVANA — All around Havana, local Cuban entrepreneurs refer to the day President Trump unveiled his new policy toward the country simply as “June 16.”

It’s easy to see why the date would be seared into their memories: Private businesses ranging from private car companies to bed-and-breakfasts have already seen an alarming number of cancellations from American travelers since the White House announced it would be tightening travel and commercial ties between the two countries.

They fear the White House policy, which hasn’t even taken effect yet, will have a devastating impact on their lives — even though Trump’s effort was billed as a way to help the free Cuban people working in the country’s growing private sector.

Instead, Cuban entrepreneurs worry they will be hit hardest by the crackdown.

“People are afraid to see what Trump’s going to do, to see what’s going to happen. We are already having a lot of cancellations. Three large groups,” Julio Álvarez, owner of a family-run company that renovates classic American cars and provides rides to tourists on the island, said through a translator at his restoration garage in Havana.

“For the last two years, we’ve been drawing very big American business. The impact is huge to me. I need to pay for these [car] parts in American dollars. If I have less income … I won’t have enough cash.”

The anxiety over Trump’s new Cuba policy was palpable among small-business owners and workers during a three-day visit to Havana by The Hill, which involved nearly a dozen interviews with bed-and-breakfast owners, tour guides, artists, restaurant owners, event planners and taxi drivers.

Last month, Trump rolled back some of former President Obama’s historic opening policies with the island by prohibiting Americans from doing business with entities linked to the Cuban military and banning individual “people-to-people” trips.

And the island’s private sector, which largely depends on tourism and individualized travel, has been thriving over the past few years — no doubt a result of the thawing in relations between the U.S. and Cuba.

The new nonstate jobs have given Cubans the opportunity to make more money, since the monthly salary for a government worker can be $20 to $30.

The people-to-people educational trips have been one of the more popular ways for American travelers to visit the island following Obama’s rapprochement with Cuba, since American tourism is still prohibited.

Cuba’s private sector has benefited from that method of travel because it has enabled Americans to book their own trips, plan their own agendas, stay in private homes known as “casa particulares” and dine at family-run restaurants called “paladares.”

Overall, U.S. travel to Cuba had been skyrocketing. Cuban officials told The Hill and other U.S. reporters on Friday that more than 346,000 American citizens visited the island during the first six months of 2017 — a 149 percent increase from the same time last year.

Cuban business owners say the Americans coming to the island tend to be young, which has helped cultivate the vibrant cultural scene in Cuba’s capital.

Stays in private homes had also been surging. Cuba is Airbnb’s fasting growing market, with 22,000 rooms now listed on the travel-booking site. About 35 percent of Cuba’s Airbnb guests are American.

Under Trump’s new policy, however, American travelers will only be allowed to visit the island with a licensed tour group — a model that is more difficult for small businesses to accommodate.

That’s because paladares are only permitted to seat up to 50 guests, while the private homes listed on Airbnb often only have a handful of rooms. It’s not impossible to accommodate tour groups, but makes it far more challenging.

“They need to come in groups; they need to have a tour leader. How do we fit in that structure?” said Julia de la Rosa, co-owner of La Rosa de Ortega B&B, which is listed on Airbnb. “Private houses are smaller. It doesn’t fit into our reality.”

The tour group model also tends to be far more expensive than a self-designed trip, which could stem the tide of younger U.S. travelers.

There is worry that Trump’s policy could discourage travel overall, especially since part of the directive includes beefed up enforcement of existing travel restrictions. Visitors are expected to keep detailed records of their trip for five years and may be subject to audit.

“That’s going to be too complicated for people,” said Marla Recio, founder of Havana Reverie, an upscale event planning organization that caters to American travelers. “I think people are just going to get scared, and they’re not going to come in general.”

De la Rosa, who estimates that 65 percent of her guests are American and called Obama’s opening with Cuba a “game-changer” for her bed-and-breakfast, said she had experienced three cancellations in one week.

New business plans may be put on ice, such as de la Rosa’s neighbor who was preparing to open a bistro bar and other friends who bought and remodeled apartments to list on Airbnb, she says.

That is particularly distressing for entrepreneurs, since private business owners have to pay up front for their properties and products in cash — there are no mortgages or financial loans on the island.

“There’s many people coming to my house, knocking at my door, asking, what do we do with all the resources we have been putting into this activity?” de la Rosa said.

Edel Bordón, a professor and artist who sells paintings out of his 10th floor apartment, said his business depends on tourists and individual travelers.

“There is no internal market for art” in Cuba, Bordón said though a translator, sitting on his balcony over looking the Malecón, Havana’s iconic seawall.

Oscar Hernandez, a classic car driver, said he dropped out of school — where he was studying psychology — because he could make more money driving taxis than as a psychologist for the government.

Hernandez, who drives a 1959 black Chevy Impala, expressed concern about getting less U.S. visitors, who he called “the best” tippers.

The fear over Trump’s new policy is not unique to Cubans.

A group of young American men from Los Angeles, who were visiting Havana’s art and music club “Fábrica de Arte” on Friday night, said they booked their trip almost immediately after Trump announced his Cuba changes.

“I wanted to get here while I can,” said one of them.