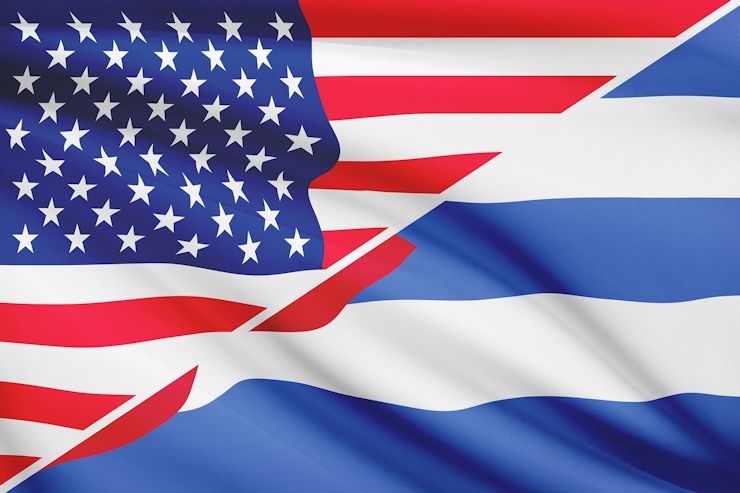 Cuba-United States – Something is moving

You Are Here: Home » Blog » News & Current Affairs » Cuba-United States – Something is moving

PARIS, France, Monday July 7, 2014, IPS – In ‘Hard Choices’, her new book about her experiences as Secretary of State during U.S. President Barack Obama’s first term (2008-2012), Hillary Clinton writes something of prime importance about Cuba – she says that late in her term in office she urged Obama to reconsider the U.S. embargo against Cuba.

“It wasn’t achieving its goals, and it was holding back our broader agenda across Latin America.”

For the first time a U.S. presidential hopeful has publicly stated that the blockade imposed by Washington on the Caribbean island – for over fifty years! – is “not achieving its goals”.

In other words, the embargo has not subdued this small country in spite of the amount of unjust suffering it has caused for its population.

The essence of Hillary Clinton’s declaration is two-fold: first, it breaks the taboo on saying out loud what everyone in Washington has known for some time: that the blockade is useless.

And second, and more importantly, her statement comes at the moment when her campaign is being launched for the Democratic Party nomination to the White House; that is, she is not afraid that her affirmation – in opposition to all of Washington policies towards Cuba over the past half century – could be a handicap in the electoral battle she faces up until the elections of November 8, 2016.

If Hillary Clinton takes such an unorthodox position, it is because she is aware that public opinion on this topic in the United States has changed, and that the majority today is in favour of ending the blockade.

Contrary to hopes that arose after U.S. President Barack Obama was elected in November 2008, Washington’s relations with Cuba have remained on ice. Just after taking office in April 2009, Obama announced at the Summit of the Americas in Trinidad and Tobago that the United States was seeking a “new beginning” in its relationship with Havana.

But he made only limited, largely symbolic, gestures, permitting Cuban Americans to visit the island and send small amounts of money to their families. Later, in 2011, he adopted further measures but these were still of limited scope: he allowed religious groups and students to travel to Cuba, authorised U.S. airports to handle charter flights to Cuba, and increased the limit on remittances Cuban Americans could send to their relatives. Not much in comparison with the huge disputes that divide the two countries.

One of their differences – the case of ‘the Cuban Five’ – has caused an international commotion. Five Cuban intelligence agents, engaged in the prevention of anti-Cuban terrorism, were detained in Florida in September 1998. They were convicted in a Cold War style political trial – a real courtroom lynching – and sentenced to long prison terms. The injustice of their treatment is clear from the fact that they had committed no acts of violence, nor spied on U.S. security secrets, but had risked their lives to prevent attacks and save human lives.

Washington is inconsistent when it claims to combat “international terrorism” yet continues to back anti-Cuban terrorist groups on its own soil. For instance, in April 2014 the Cuban authorities arrested another group of four people arriving from Florida with intent to commit attacks.

Washington’s attitude towards Cuba is still reactionary, typical of the Cold War era which has been over for a quarter of a century. Its archaic stance is in sharp contrast to the position taken by other governments.

Washington was snubbed again in May at the general assembly of the Organisation of American States (OAS) in Cochabamba, Bolivia, when Latin American countries, in a fresh show of solidarity with Havana, threatened to boycott the next Summit of the Americas scheduled for 2015 in Panama if Cuba is not invited.

For its part, the European Union decided in February to abandon its so-called “common position” on relations with Cuba, imposed in 1996 by José María Aznar, the then Spanish prime minister, to “punish” Cuba by rejecting all dialogue with the island’s authorities. But the policy proved fruitless and it failed. Brussels has recognised this and has reinstated negotiations with Havana to reach agreement on political and economic cooperation.[related_articles]

In contrast with Washington’s immobility, many European foreign ministries are observing with interest the changes President Raúl Castro is promoting in Cuba in the framework of “updating the economic model” and the line taken at the Sixth Congress of the Cuban Communist Party (PCC) in 2011, which are highly significant transformations of the economy and society. The recent creation of a special development zone around the port of Mariel, and the approval in March of a new foreign investment law, in particular, have excited great international interest.

The Cuban authorities see no contradiction between socialism and private enterprise. According to some estimates, private enterprise, including foreign investment, could expand to take up 40 percent of the country’s economy, while 60 percent would remain in the hands of the state and the public sector.

The goal is for the Cuban economy to be increasingly compatible with those of its major partners in the region (Venezuela, Brazil, Argentina, Ecuador and Bolivia) where public and private sectors, the state and markets coexist.

All these changes highlight by contrast the stubbornness of the U.S. Administration, painted into the corner of an ideological position dating from another era, even if, as we have seen, more voices are raised day by day in Washington to acknowledge the error of this position and the need to abandon international isolation in terms of its Cuban policy. Will President Obama listen to them?