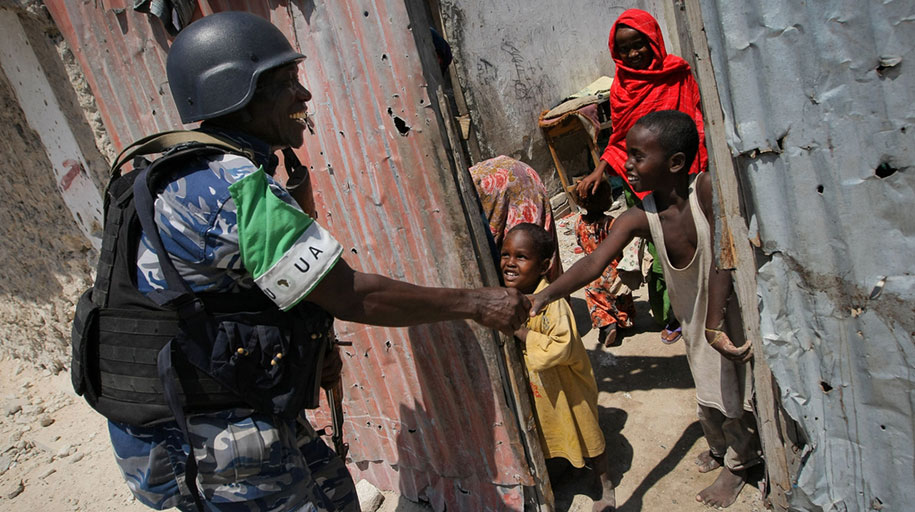 Driven to Extremes – How Poverty Fuels Extremism, and How to Help Africa’s Youth

You Are Here: Home » Blog » News & Current Affairs » Driven to Extremes – How Poverty Fuels Extremism, and How to Help Africa’s Youth

NAIROBI, Kenya, Oct 17 2017 (IPS) – Poverty is a blight, and one that disproportionately affects sub-Saharan Africa. It is a vast and complex issue whose tentacles reach into many areas, including climate change, sustainable development and–crucially–global security. The link between poverty and violent extremism is compelling, and means that if we want to address extremism, we must fight inequality too.

This year’s International Day for the Eradication of Poverty on 17 October takes as its theme A path toward peaceful and inclusive societies. This is timely, coming as it does just a few weeks after the release of a landmark survey into the forces driving young Africans towards violent extremism.

Published by UNDP, Journey to Extremism in Africa: drivers, incentives and the tipping point for recruitment presents compelling evidence that violent extremism can never be beaten if feelings of deprivation and marginalization, especially among the young, are not addressed.

Almost 500 former–or in occasional cases current–voluntary recruits to extremist organizations such as Al Shabaab, Boko Haram or Ansar Dine were interviewed for the survey. Most cited lack of employment, healthcare, education, security and housing as reasons for joining the groups, with very few mentioning religious ideology.

In Kenya as in many other countries, the regions acknowledged to be flashpoints for radicalisation and violent extremism are synonymous with extreme poverty, high illiteracy levels and under-investment in basic services. The majority of those living in these regions have for years believed themselves to be excluded from the national development agenda.

The findings drive home the reality that a focus on security-led responses to extremism cannot provide lasting solutions, but rather that confronting the challenges of radicalism and terrorist threats, particularly in Africa, calls for action on a range of social, cultural, economic and political fronts.

The report estimates that extremism caused 33,000 deaths in Africa between 2011 and 2016, with related displacement and economic devastation causing some of the worst humanitarian disasters on the continent.

Achim Steiner, the UNDP Administrator at an event in New York about SDGs in Action: Eradicating Poverty and Promoting Inclusive Prosperity in a Changing World, emphasized, “The critical importance of leaving no one behind and reaching the furthest behind first”.

A further challenge to Africa’s progress is highlighted in the latest UNDP Africa Human Development Report, which shows that gender inequalities continue to hobble the continent’s structural, economic and social transformation.

When women attain higher measures of economic and social wellbeing, benefits accrue to all of society. Yet too many women and girls, simply because of their gender, cannot fulfil their potential due to lack of education, early marriage, sexual and physical violence, inadequate family planning services, and high incidences of maternal mortality.

According to the UNDP report, gender inequality is costing sub-Saharan Africa $95 billion a year, equivalent to about six percent of the region’s GDP.

The challenge of creating economic opportunities for Africa’s youth is monumental. Consider this. Every 24 hours, nearly 33,000 youth across Africa join the search for employment. About 60% will be joining the army of the unemployed, adding to existing social and economic pressures.

Government can help by creating a policy environment that encourages the young to become entrepreneurs and job creators. Simplifying registration processes, offering tax incentives, and incentivising the informal sector that employs the overwhelming majority of Kenyans would be a step in the right direction. Reforming an education system that ill-prepares the young for entrepreneurship and business would be another.

With only 13 years to achieve the SDGs, the search for solutions must make use of the evidence on the causes, consequences and trajectories of violent extremism. If Africa is to curtail the spread of violent extremism and achieve sustainable development, there must be determined focus on the health, education and employment of disadvantaged youth.

Only by tackling entrenched inequalities both economic and gender-based can Africa achieve sustainable prosperity, and end the scourge of poverty.