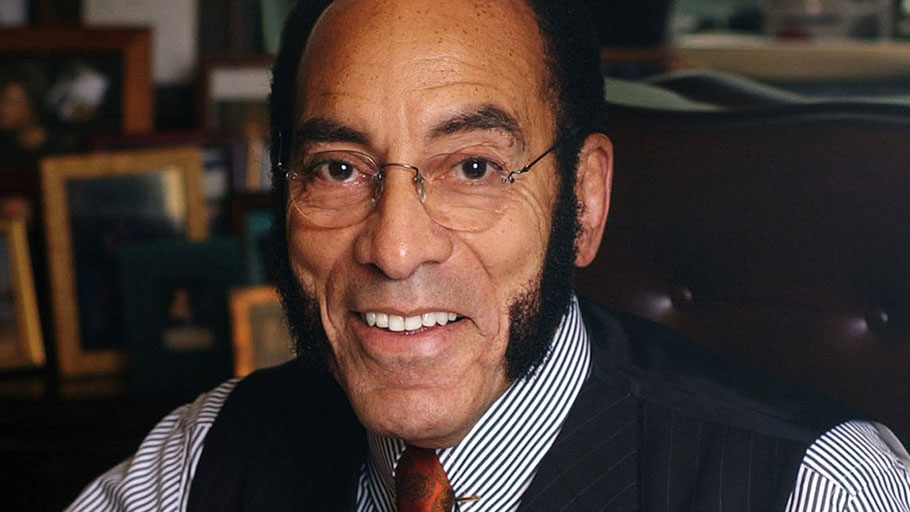 Earl Graves Sr., founder of Black Enterprise, passes away at 85

Black Enterprise Founder Earl Graves Sr. has passed away at age 85, after a long battle with Alzheimer’s.

Black Enterprise Founder and Publisher Earl G. Graves, Sr., the quintessential entrepreneur who created a vehicle of information and advocacy that has inspired four generations of African Americans to build wealth through entrepreneurship, career advancement and money management, has died. According to his son, Black Enterprise CEO Earl “Butch” Graves Jr., he passed away quietly at 9:22 p.m. on April 6, after a long battle with Alzheimer’s. Graves was 85.

Graves was widely considered to be the ultimate champion of black business, launching Black Enterprise in 1970 to not only chronicle the rise of African American entrepreneurs, but also provide the tools for African Americans to succeed in the business mainstream and “achieve their measure of the American dream.”

In his award-winning, now classic, business bestseller, How To Succeed In Business Without Being White, Graves stated his life-defining purpose for founding Black Enterprise in simple, direct terms: “The time was ripe for a magazine devoted to economic development in the African American community. The publication was committed to the task of educating, inspiring and uplifting its readers. My goal was to show them how to thrive professionally, economically and as proactive, empowered citizens.”

Driven by that mission, Graves became a trailblazing entrepreneur in his own right, building Black Enterprise from a single-magazine publishing company 50 years ago, to a diversified multimedia business spreading the message of financial empowerment to more than 6 million African Americans through print, digital, broadcast and live-event platforms. As such, Black Enterprise was one of two companies that would appear on the BE 100s—the publication’s annual rankings of the nation’s largest black-owned businesses—each of its 47 years. At one point, Graves would operate two companies on the list, including Pepsi-Cola of Washington, DC, one of the nation’s largest soft-drink distributors owned by African Americans.

Graves’ influence and reach also extended into the mainstream of corporate America. One of the few African Americans to serve on the boards of major corporations such as American Airlines, Daimler Chrysler, Rohm & Hass and Federated Department Stores (Macy’s), he was a staunch advocate for African American inclusion in the C-Suite and corporate governance. Graves was also a tireless champion of major corporations doing business with black-owned companies.

Beyond business, Graves was a force in politics, civil rights, and philanthropy. In fact, he played a pivotal role in galvanizing support for the election of the first African American president of the United States, Barack Obama, through his endorsement in Black Enterprise and service as a surrogate campaigning on his behalf. Before that, Graves also championed the historic presidential bids of Rev. Jesse Jackson. Moreover, his fight for racial justice and economic parity earned him the NAACP Spingarn Medal, the organization’s highest honor, in 1999.

Graves was also known for his dedication to family, and especially to his wife Barbara Kydd Graves, who passed away in 2012. Together, they raised three sons, Earl Jr., Johnny and Michael, and were blessed with eight grandchildren.

Born in 1935, Graves reaches the pinnacle of power from humble beginnings in the Bedford Stuyvesant section of Brooklyn, New York. It was in that community where he learned the lessons of hard work and perseverance from his parents, Earl Godwin and Winifred Sealy Graves. After graduating from a Morgan State University with a B.A. in economics, he served two years as an officer in the Army, and held jobs in law enforcement and real estate. In 1965, he joined the staff of U.S. Senator Robert F. Kennedy as his administrative assistant. When Kennedy was assassinated in 1968, he decided to start a publication that would provide blacks with the pathway to go into entrepreneurship.

He wrote: “Black Enterprise was just a modest magazine when I founded it—just me, a few brave advertisers like Pepsi, ExxonMobil and General Motors; and a small but spirited staff. And one other person who did just about everything there is to do to put out a magazine—my wife, Barbara.”

The young publisher managed to gain a $250,000 loan from Chase Manhattan Bank and proved so masterful at selling and running the magazine that it became profitable in 10 months — enabling Graves to repay the loan to the major financial institution.

With his wife Barbara at his side, he grew the magazine into one of the nation’s most successful and respected. The world first discovered such business luminaries as Oprah Winfrey, former American Express CEO Kenneth Chenault, billionaire dealmaker Bob Johnson, and the late financier Reginald F. Lewis on the pages of Black Enterprise. In fact, Robert Smith. the billionaire CEO of Vista Equity Partners, like so many successful black entrepreneurs and corporate leaders, admitted that he switched careers to high finance after reading Black Enterprise.

“The truth of the matter is that we are humbled by the achievements of the talented people we report on,” Graves wrote. “We are in awe, still, by the courage it takes to put oneself on the line in an unmerciful marketplace.”

Hundreds of thousands express awe and gratitude for the role he played and example of excellence and achievement he set for generations to come.