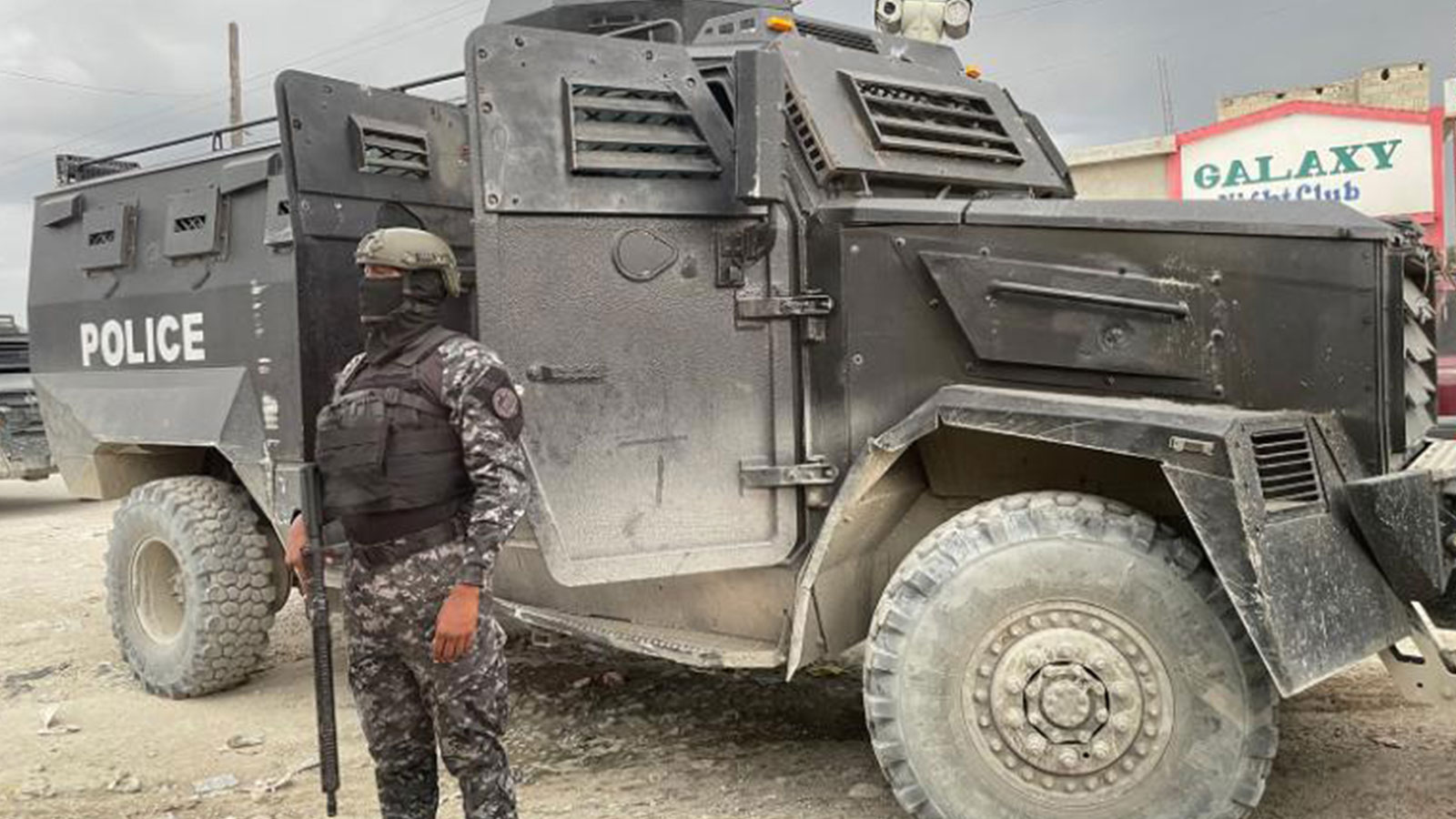 Gangs gain the upper hand in war with Haitian police

The rounds bounced off the armored vehicle, as police carried a limp civilian to the sidewalk — another victim of the brutal, daily shootings that plague the Haitian capital Port-au-Prince and the surrounding area. Here, inside the gang-held territory of Croix-des-Bouquets, Haiti’s SWAT team has driven into a gunfight that has already torn up a civilian bus.

“Can you see where it came from?” the SWAT members breathlessly asked each other inside the armored vehicle. It provides only a tiny sliver of a window onto the streets outside, which at one moment appear deserted, the next teeming with civilians trying to flee to safety.

In the past 72 hours, police have killed a leader of the 400 Mawozo gang and rescued six hostages from them, they say. But the gang – one of dozens terrorizing the capital – have not been dislodged from these streets.

“Can you see that red sign ‘SMS’? That’s them,” said a SWAT officer, indicating the gunmen’s position. Like his team, he did not want to be named, citing their safety. He pointed down the road towards a small shack, as dozens of people flooded from a side-alley into the street.

“Get away,” he said to the crowd, over the armored car’s loudspeaker. “You’re too exposed. It’s dangerous.”

The officer ordered the vehicle to move into a new position. “When we get to the spot, open up on anything that moves,” he said. Heavy gunfire between police and gang members followed.

It is a common scene of injury, gunfire and panic in one of the dozens of neighborhoods controlled by gangs as Port-au-Prince appears to descend into a full-blown war between police and increasingly well-equipped and organized criminal groups.

And this is a familiar routine: Police probe into gang areas to show their reach, and gangs respond with intense volleys of bullets.

In the area of Cité Soleil, ten days of violence in July left more than 470 people dead, injured or missing, according to the UN, after the G9 gang tried to expand its reach in the area, taking territory from rival gangs.

Social media video from inside the area shows gangs using a bulldozer covered with steel plates to act as armor demolishing homes, presumably those of rivals. Other houses had been burned, with other video showing dozens of locals fleeing the area on foot at night, during the peak of the fighting.

Civilians who fled Cité Soleil found little respite, with dozens receiving food handouts from the World Food Programme and sheltering in the open air of the Hugo Chavez recreational park.

Flies blanket the rain-sodden concrete floor of the sporting amphitheater stage, where children as young as four months struggle to sleep, exposed to the elements. One has bruises from a fall, another a painful and ugly rash, but they are alive.

“Here’s where I sleep in a puddle,” she said, pointing at the water. “They burned my house and shot my husband seven times,” she says, referring to gang members.

“I can’t even afford to go see him [in hospital]. In this park, even if they brought some food, there’s never enough for everyone. The kids are dying.”

Others are missing. “I have four kids, but my first is missing and I can’t find him,” another woman said. “We’ve been totally abandoned by the state and have to pay to even use a toilet,” another added.

A young boy added: “My mother and father have died. My aunt saved me. I want to go to school but it was torn down.”

Locals speak of a perfect storm of calamities — and warn the country increasingly feels on the verge of societal collapse. 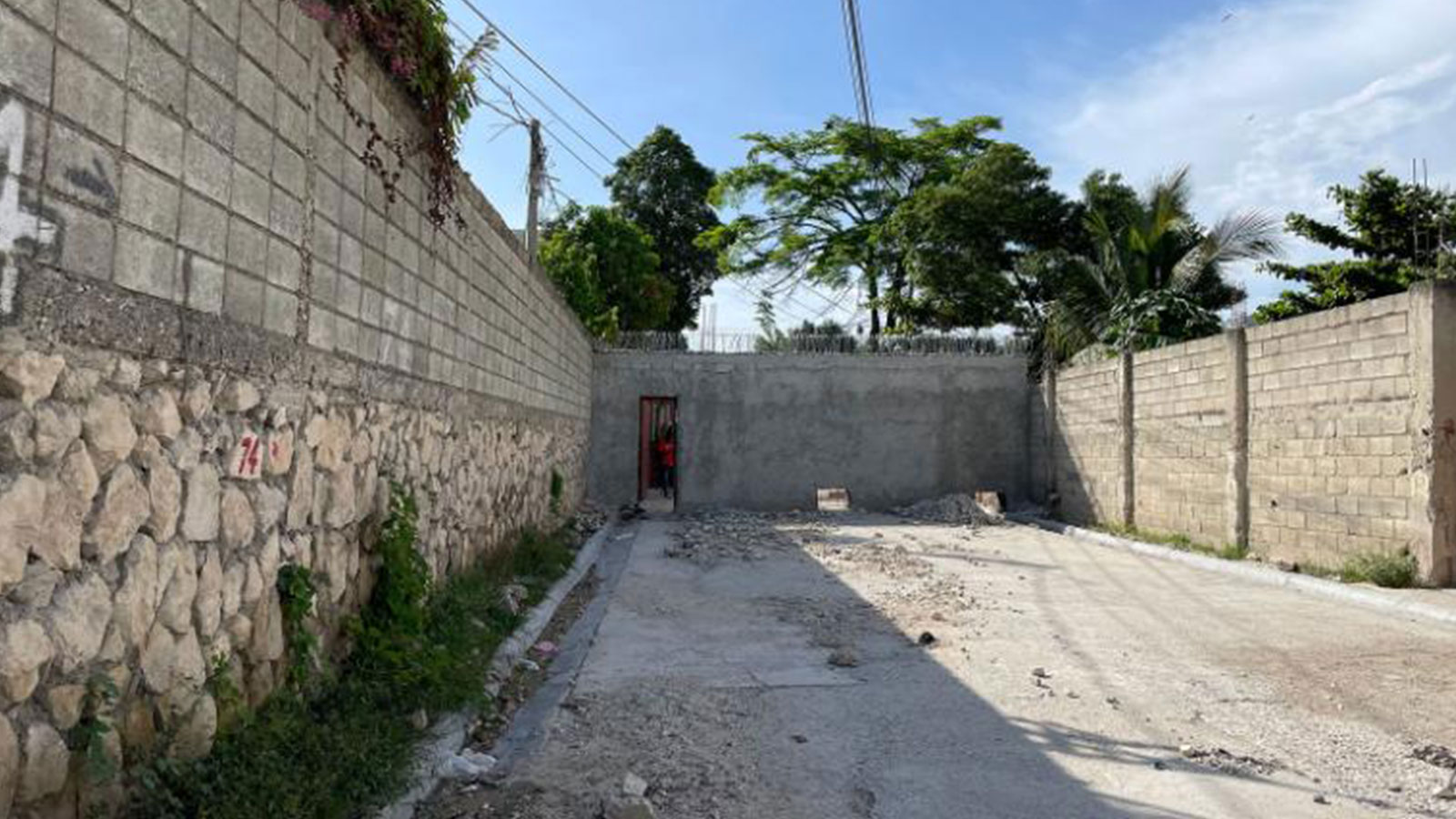 People in this neighborhood built a wall on a public road last month to keep out gangs who were kidnapping residents for ransoms.

What remains of the country’s emergency interim government, created last year after the assassination of President Jovenel Moïse, is beginning to crumble and steeped in accusations of inactivity. His successor, Prime Minister Ariel Henry, has pledged to combat insecurity and hold new elections, but so far shown little progress toward either goal.

Meanwhile, analysts calculate inflation in the country at 30%. Gas is scarce and the subject of angry queues at stations. The UN has warned gang violence may put the youngest children in areas of active fighting at risk of imminent starvation, as their parents cannot access food or go to work.

One Haitian security forces source speaking to CNN estimated that gangs control or influence three quarters of the city.

Frantz Elbe, Director General of the Haitian National Police, rejects the assertion. “It is not a general problem in the metropolitan area,” he told CNN, declining to give a percentage.

Yet it is indisputable that vital parts of the national infrastructure are now entirely in criminal hands. The city’s vital port — Haiti’s main — is controlled by gangs, who dominate the road outside. So is the main highway to the country’s south, which means the fragile part of the country that was hit by an earthquake last year has been effectively cut off from the capital. Gangs are also expanding their control in the city’s east, where Croix-des-Bouquets lies, and in the north, around Cité Soleil, observers said.

Kidnappings are rampant and indiscriminate — one of few thriving industries in Haiti. Seventeen American and Canadian missionaries were kidnapped last year after visiting an orphanage in Croix-des-Bouquets, and only released after a ransom was paid to the 400 Mawozo gang.

Police, often outgunned, are doing what they can, Elbe tells CNN.

“The gangs are changing the way they fight. It used to be with knives, and now it is with big weapons. The police need to be well-equipped. With the little we have, we will do what we can to fight the gang members,” he said. 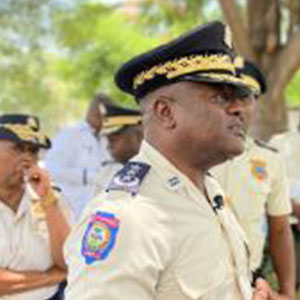 The challenge they face is exposed by a brief checkpoint set up in Croix-des-Bouquets, where a truck has been dragged across a main road by the gangs, and torched.

Police bring in an armored military bulldozer to push the wreckage to the roadside, which is already littered with other truck carcasses. The bulldozer operator, asked if he works under fire, replies: “Often.”

SWAT police set up a perimeter, scanning nearby rooftops. Locals and the vehicles they travel in are stopped and checked. One man says the situation is “bad, very bad,” before another gives him a stern glance.

He suddenly changes tone: “We know nothing.”

Fear is the currency of this war, though it is unclear if he fears speaking to the press, or the police, or what the gang may learn he said later.

To flee this fear, however, requires enduring more. A short boat journey from the mainland is the island of La Gonave, a hub for human traffickers.

The lackadaisical tempo and blue water of one tiny inlet on La Gonave belies its poverty. Heat, trash, hunger and the business of leaving dominate this world.

One, a smuggler who introduced himself as Johnny, calmly explained how his business works.

The journey is often one-way for the boat, so each endeavor requires the boat to be bought outright, at a cost of about US $10,000, he says. To cover that cost, Johnny needs at least two hundred customers, who will huddle in its disheveled hull.

Shreds of netting appear to plug any gaps between in the hull, and loose wooden planks will make up the boat’s interior. Johnny shows where the pump and motors will eventually go.

He added he hoped to pack his boat with 250 passengers, as he considered it in “good” condition.

The ultimate destination is the United States, with Cuba and the Turks and Caicos islands sometimes accidental stops along the way.

And it is from these three places that the International Organization for Migration has reported surging numbers of forced repatriations of Haitians in the first seven months of this year, with 20,016 so far, compared to 19,629 for all of 2021. 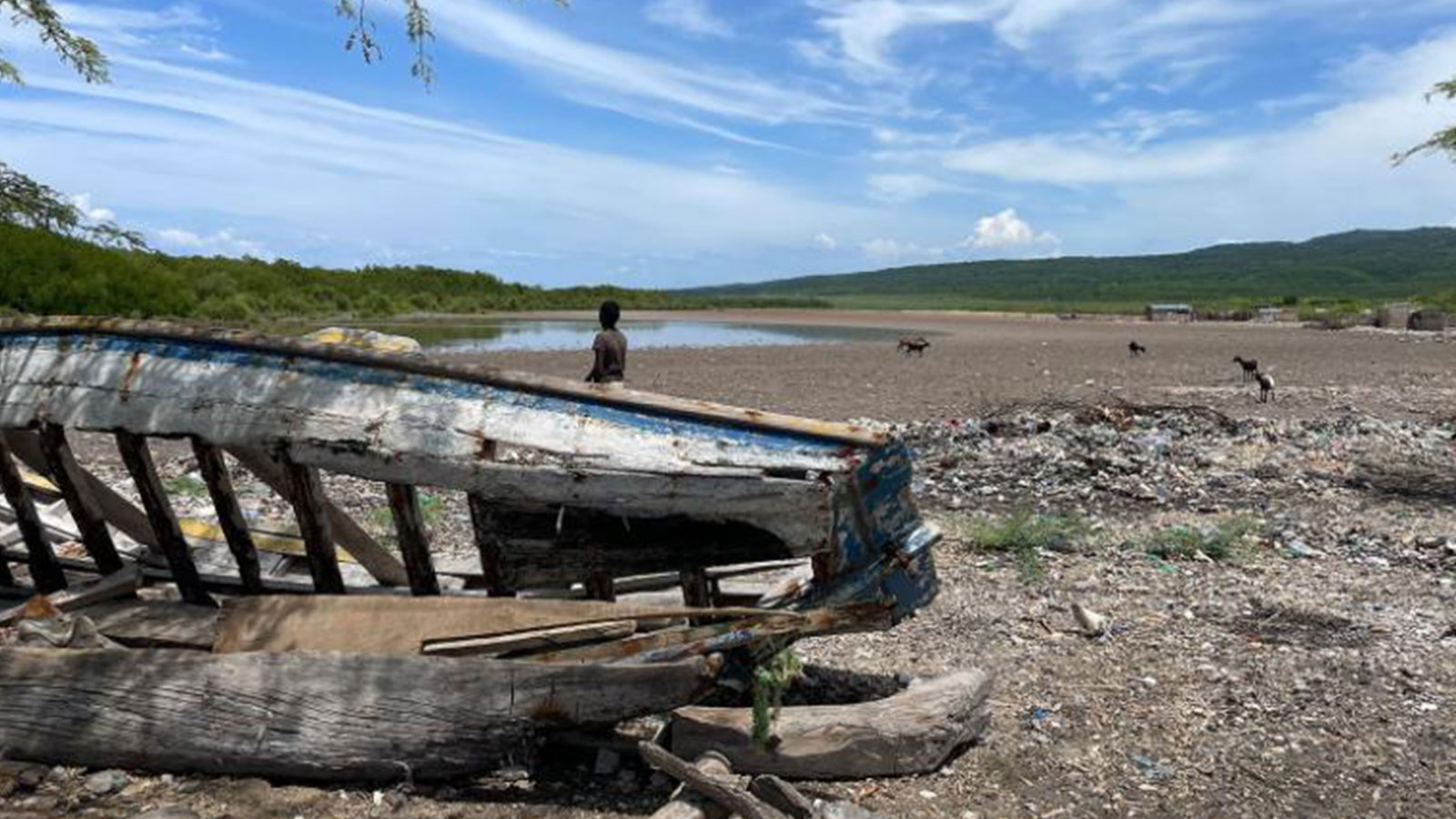 A boat in La Gonave, Haiti.

The numbers are as staggering as the risks. Previous journeys from this inlet have ended in tragedy. Johnny is unclear on the timing of the last boat, but precise about the potential losses: One recent trip he organized led to the deaths of 29 people.

“The boat had an engine problem,” he said. “Water got inside the boat. We called for help, but they took too long. The boat was sinking while I was trying to save people. When help came, it was too late.”

While CNN cannot independently confirm Johnny’s account of the system, two other locals who said they were involved in trafficking described similar details independently. Authorities in the neighboring Caribbean nations the Bahamas and Turks and Caicos have repeatedly reported finding the remains of would-be migrants after boats capsized in their waters.

Despite the risks, many Haitians are still desperate for a way out. Locals on La Gonave told CNN that at least 40 people who aimed to attempt the boat trip were already on the island and the rest would follow from the mainland once Johnny said the boat was ready.

One potential passenger, a university graduate who was once a teacher, described why he would risk all to take the voyage.

“I worked as a teacher, but it did not work out. Now, I am driving a motorcycle every day in the sun and the dust. How will I be able to take care of my family when I have one?”

He said he saved a year’s money to make the journey, and did not fear the rickety conditions of the boat. “I can be eaten by a shark or make it to America.”