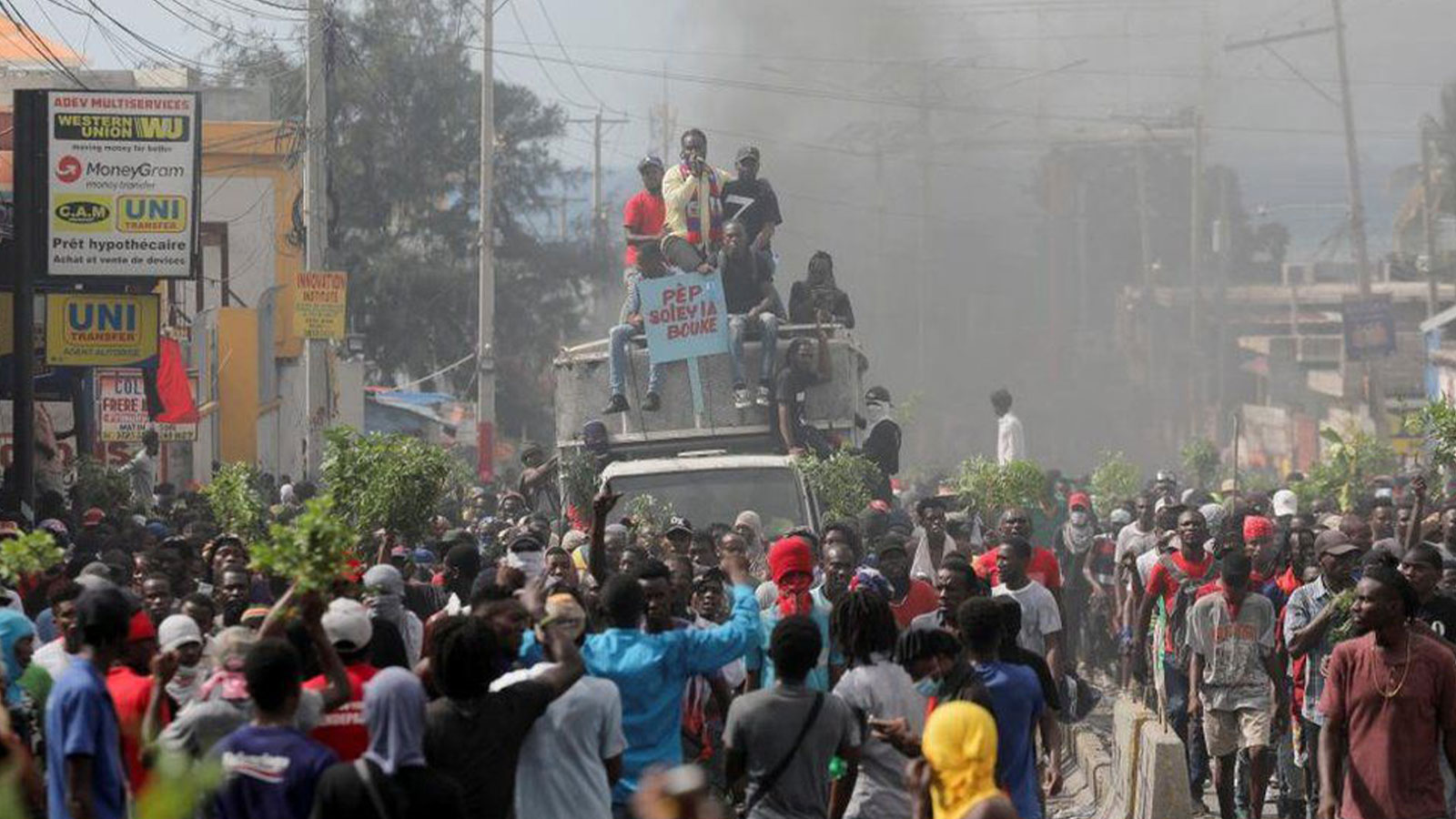 Haiti crisis: Clashes and looting as anger boils over

Gang violence has led to food and fuel shortages which are hitting an already desperate population.

At least one woman was reportedly killed as protesters clashed with police in Haitian cities on Monday.

Anger has been boiling over as gang violence has spiralled out of control, disrupting shipments of fuel and food.

Prime Minister Ariel Henry has asked for foreign assistance, but the call has been criticised by some Haitians who see it as foreign interference.

In the capital, Port-au-Prince, protesters erected burning barricades out of tyres and threw stones at police, who in turn fired tear gas. Some protesters proceeded to loot a hotel. 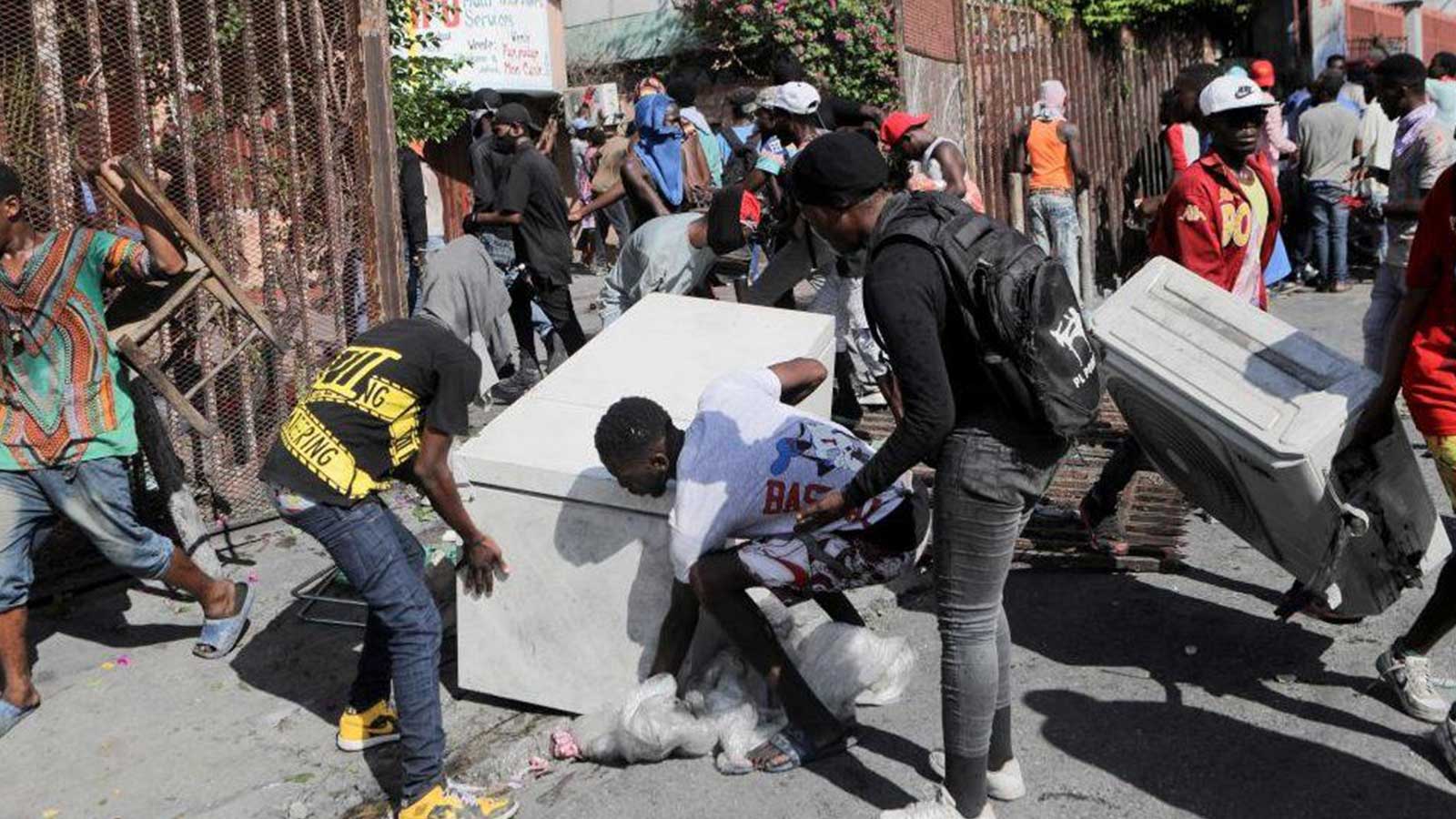 There were protests in the capital, Port-au-Prince, as well as other cities (Getty)

Shots were fired and pictures taken at the scene by a Reuters photographer showed a bloodied woman lying dead on the ground.

A protester told AFP she had been shot by the security forces: “It is a crime perpetrated by the police. This young girl posed no threat. She was killed expressing her desire to live in dignity.”

Police have not yet commented on the incident.

There were also protests in the western city of Gonaïves, where demonstrators stormed a court building, and in Cap-Haïtien, on Haiti’s north coast.

According to local media, many of those in the streets on Monday were angry at the prime minister’s request for foreign armed forces to be deployed in Haiti, which they reject as an “interference in Haiti’s internal affairs”.

“We certainly need help to develop our country, but we don’t need boots [on the ground],” one protester told AFP.

Prime Minister Henry asked for foreign assistance on Wednesday without going into specifics. Two days later, the government officially authorised him to ask the international community for a “specialised armed force”.

The Secretary-General of the United Nations, Antonio Guterres, has since called for the immediate deployment of a special international armed force to Haiti, but it is not yet clear which countries would provide the members of such a force and what its task would be.

The situation in Haiti has deteriorated rapidly since the assassination in July last year of President Jovenel Moïse by mercenaries.

Gangs have taken control of key highways and Varreux, Haiti’s largest fuel terminal. With food and fuel deliveries suspended as a result, more and more Haitians are going hungry.

Several warehouses run by charities and aid organisations have been looted, resulting in the most vulnerable going without food and drinking water.

With clean water increasingly hard to source, cases of cholera – a bacterial disease usually spread through contaminated water – have been mounting.

On Tuesday, the World Health Organisation said there had been 16 cholera deaths and 32 confirmed cases.

In 2010, about 10,000 people died of cholera in the wake of the earthquake that devastated Haiti.