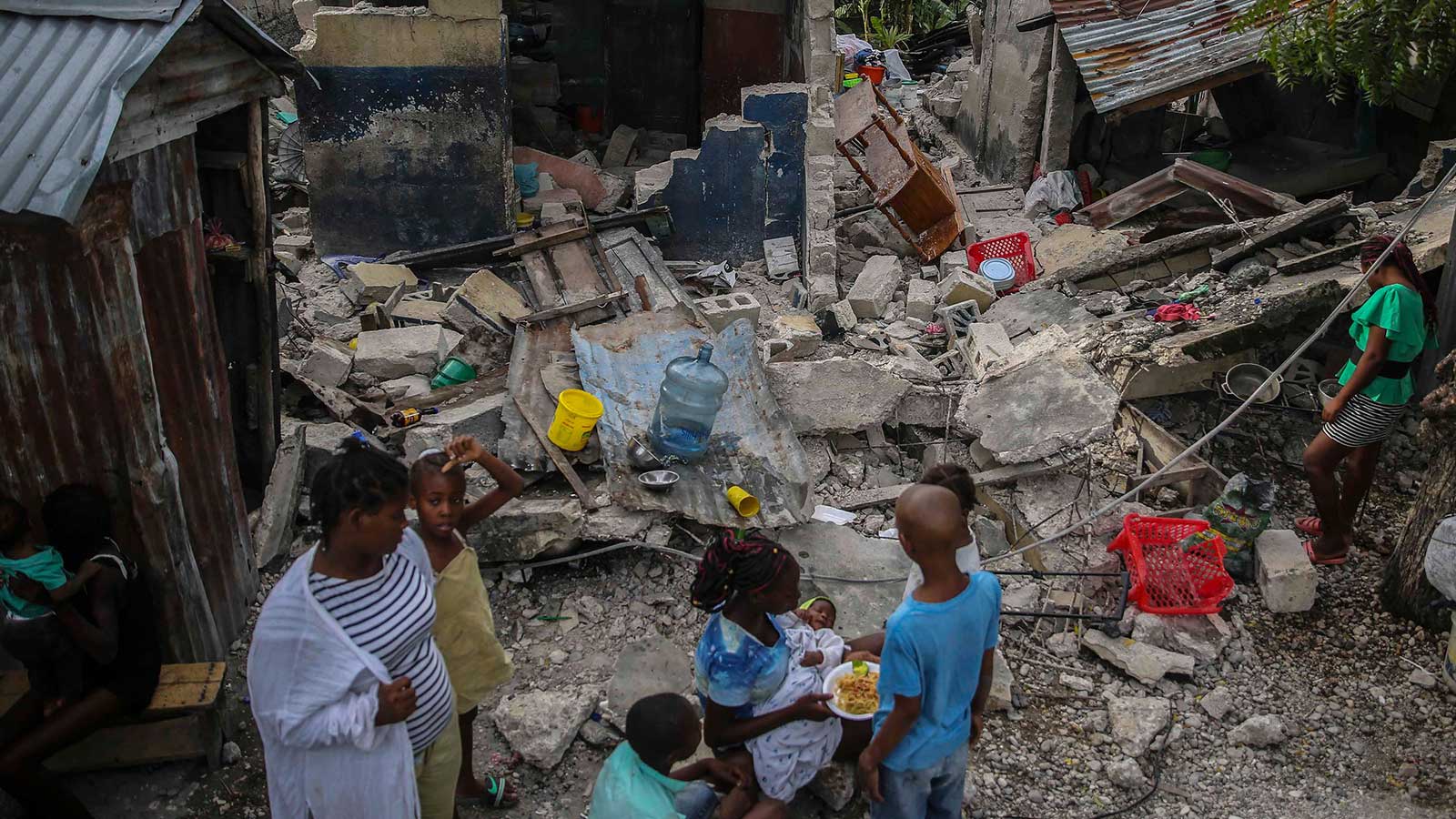 On Saturday, a 7.2 magnitude earthquake—more powerful than the 7.0 magnitude quake that savaged the country in 2010, killing nearly 200,000 and causing billions of dollars worth of damage—struck Haiti, killing over 2000 people, injuring at least 12,000 more, and leaving hundreds missing. The earthquake has only further battered Haiti—the poorest country in the Western Hemisphere—and its population of over 11 million, already reeling from the political and social fallout of the assassination of late former President Jovenel Moïse in early July.

Only days following the quake, Haiti was already being lashed by heavy rainfall and flooding courtesy of Tropical Storm Grace (since upgraded to hurricane status as it neared the shores of the Yucatán Peninsula), threatening further damage from flash flooding and landslides and risking further casualties, especially among those hundreds of thousands of Haitians left homeless by the earthquake.

The United Nations (UN) estimated on Tuesday that at least 1.2 million people, including 540,000 children, had been impacted by the earthquake. Videos widely circulated online showed chaotic scenes as overcrowded shelters were roiled by displaced persons jostling for scarce places to shelter prior to the landfall of Tropical Storm Grace.

Unlike the 2010 quake, the epicenter of which was located approximately 25 kilometers (16 miles) west of the capital of Port-au-Prince on the Gulf of Gonâve, the epicenter of Saturday’s earthquake was the commune of Petit-Trou-de-Nippes (approximately 150 kilometers / 93 miles west of Port-au-Prince), in the heart of Haiti’s southern Péninsule de Tiburon, with major damage concentrated in the departments of Nippes, Sud, and Grand’Anse. The influx of injured patients, especially from rural areas, have pushed hospitals in Les Cayes—a major regional urban center and one of the worst-hit areas—to capacity; according to the New York Times, the region surrounding Les Cayes—home to over one million people—has only a few dozen undersupplied and overworked doctors at its disposal.

The UN has estimated that at least 84,000 homes throughout the country have been severely damaged or destroyed. In Les Cayes, refugee camps hastily organized to shelter displaced people were soon inundated by flooding from Tropical Storm Grace. Across western Haiti, dozens of churches—for millions of Haitians, the only reliable source of food aid, healthcare, education, and other social services, given the dysfunctional Haitian state apparatus and the inconsistency of access to international aid—were destroyed, further shattering public morale.

In an echo of the 2010 quake—which wholly destroyed Port-au-Prince’s Cathédrale Notre-Dame de L’Assomption—in the city of Jérémie the earthquake toppled the bell tower of the Cathédrale Saint-Louis-Roi-de-France, an architectural landmark dedicated in 1901.

Haiti’s seismic and climatic disasters have only exacerbated its already dire security challenges, as months of political turmoil and social collapse have left organized criminal gangs in control of key transport routes; the only road linking the Tiburon Peninsula to Port-Au-Prince, for instance, remains subject to periodic attacks from armed gangs, despite promises of a ceasefire made by some leaders in the aftermath of the quake.

The interim government, a fragile, compromise administration headed since Moïse’s assassination by Prime Minister and de facto President Ariel Henry, remains vulnerable, while plans for elections—already postponed from September to November, even before the earthquake—remain uncertain. In the U.S., members of Congress, immigrant advocacy groups, and Haitian American activists are pushing for the expansion and extension of the Temporary Protected Status (TPS) designation for Haiti, in order to enable more Haitian refugees to temporarily live and work legally in the U.S. At the moment, TPS—granted by the administration of U.S. President Joe Biden to over 100,000 Haitians who had arrived in the U.S. before July 29, 2021, in recognition of the ongoing impact of the 2010 earthquake—is due to expire in February 2023.

International relief efforts, managed from the Port-Au-Prince airport and largely coordinated by foreign aid groups and the U.S. Coast Guard, have been swift to materialize. The United States Agency for International Development (USAID) has announced that search and rescue teams were being flown to Les Cayes, a seaport about 120 miles southwest of Port-Au-Prince, to assist in locating trapped and injured victims, while the European Union has pledged at least USD $3.5 million in humanitarian funding. UNICEF has estimated that relief efforts will require at least USD $15 million in order to respond to the urgent needs of some 385,000 affected people, including 167,000 children. Nevertheless, Saturday’s quake has caused criticisms levied against previous international humanitarian campaigns operating in Haiti to resurface.

According to the Haitian government, in the six months following the 2010 earthquake, the country received less than two percent of promised funds promised from foreign nations and international organizations; prominent relief organizations, the American Red Cross principal among them, were also roundly criticized for the minimal concrete impact of hundreds of millions of dollars reportedly devoted to humanitarian efforts in Haiti.

International credibility was also dealt a severe blow by the post-earthquake cholera outbreak—since linked to poor sanitary practices among U.N. peacekeepers stationed in the country as part of the United Nations Stabilization Mission in Haiti (MINUSTAH)—which infected hundreds of thousands of Haitians, killing at least 9,000; and by reports of sexual exploitation committed against earthquake survivors by relief workers from affiliated with Oxfam International. In the words of Prime Minister Henry, “We will not repeat the same things that were done in 2010 […] A lot of donations were made to [Haiti], and a lot of money was spent without seeing the impact.”