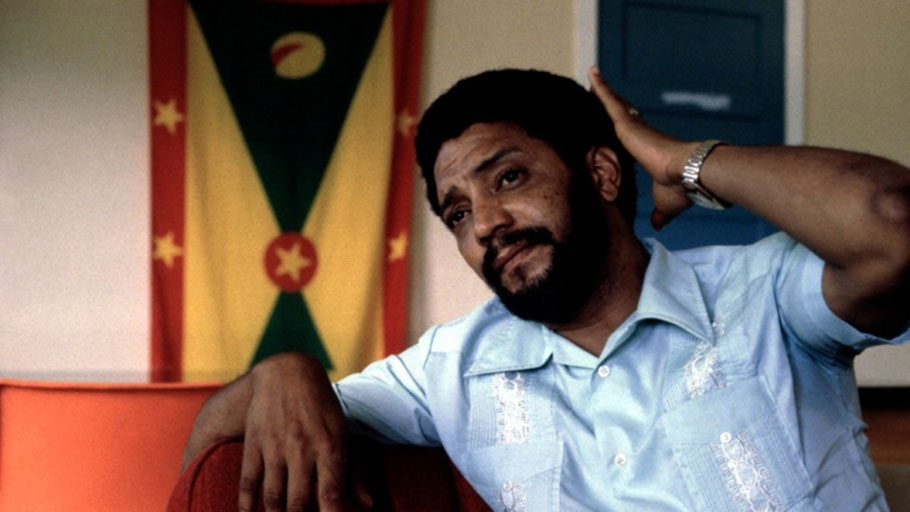 The announcement of the March 13 election date on January 28 gave Grenadian voters and political parties only forty five days to prepare.

Grenadians are getting ready to head to the polls in just six weeks.

Voters have been registering to cast their ballots and a host of political parties have nominated candidates for the 2018 poll after the Government set the next General Elections for March 13, 2018, to coincide with the anniversary of the 1979 Revolution.

The much-anticipated announcement was finally made on Sunday, January 28 by Prime Minister Dr Keith Mitchell while addressing a huge rally of his ruling New National Party (NNP) in the capital city, St. George’s.

The election date had remained a national mystery while the NNP and its main rival, the National Democratic Congress, NDC, had been campaigning feverishly since the closing months of 2017, largely leaving Grenadians in political suspense as the government’s current five-year term inched towards its constitutional end.

The last national poll was held on February 19, 2013 and as the end of the NNP’s current term approached, the political parties started hitting the campaign trail.

It had been widely speculated that the poll might have been called close to Grenada’s independence date, February 7. But Prime Minister Mitchell successfully kept citizens and voters guessing across Grenada, Carriacou and Petit Martinique, the three islands that comprise the Windward Islands nation state.

Dr Mitchell, whose NNP has won all but two of the eight national elections since the Grenada Revolution died in October 1983, announced Sunday that he had asked the Governor General, Dame Cecile La Grenade, to dissolve parliament on February 20.

Mitchell had thus decided to completely exhaust his government’s current five-year term, going down to the proverbial electoral wire by having the national parliament dissolved on the very last day allowed for under the Grenada constitution.

Not the first time…

But this is not the first time PM Mitchell is calling General Elections on March 13, having done the same in 1990.

But it lost six years later on March 13, 1990 to an alliance between the National Democratic Congress, NDC, and The National Party, TNP — the alliance winning 9 of the 15 seats with a 52 percent majority from a 68 percent total voter turnout.

However, the NNP would return to office after the next electoral contest in 1995, winning 8 of the 15 seats in a low poll with 32.34 percent of the votes from a 61.71 percent national turnout.

The NNP won again with a stunning victory four years later in 1999, winning all 15 seats with a 62.47 percent majority of the votes cast from a 56.54 percent national turnout.

Roots of the ‘Revo’

Quite a flamboyant and popular figure, he led the country into independence on February 7, 1974 and led the GULP into the first post-independence election in 1976.

After claiming victory in the 1976 poll, the GULP and its hard-nosed leader resorted to strong-arm tactics against the NJM, its notorious Mongoose Gang terrorizing NJM leaders and supporters in ways and means unheard of in the English-speaking Caribbean.

Rupert Bishop, Maurice’s father, was a strong vocal opponent of the Gairy regime and he died after being attacked and beaten by the GULP’s Mongoose squad.

The dictatorship received much support in terror tactics from the Pinochet regime of Chile, one of its infamous naval ships, the ‘Esmeralda’ – described by the NJM as a floating terror-training vessel – actually visiting the island during the GULP’s last term.

However, Gairy´s open, undisguised dictatorial instincts and political methods soon planted the roots of the revolution, eventually popularly termed ‘The Revo’ by Grenadians.

The Revolution took place early Tuesday morning on March 13, 1979, while the eccentric Gairy was overseas.

He was never allowed to return while it lasted and his many properties were seized by the revolutionary state.

The 1979 Revolution, led by Maurice Bishop and the New Jewel Movement, NJM, was the first in the English-speaking Caribbean Community, Caricom, region.

It scored a series of political, social and economic successes during its four-and-a-half years, before an internal power struggle turned deadly, resulting in the house arrest and subsequent death of Bishop, along with several Cabinet ministers and other major supporters on October 19, 1983.

Bishop’s killing by members of the People’s Revolutionary Army, PRA, at its headquarters at Fort Rupert (named after Bishop’s father who was killed during the Eric Gairy dictatorship) was followed by a brief period of rule under curfew by a PRA-led Revolutionary Military Council, RMC.

But the RMC and the PRA, though putting up tough resistance, were eventually defeated after then President Ronald Reagan unleashed a U.S.-led invasion six days later on October 25, 1983 that was code-named Operation Urgent Fury.

The U.S. invasion, long under preparation in Washington, was backed by most Caribbean CARICOM and Organization of Eastern Caribbean States, OECS, governments.

Within CARICOM, only Guyana and Jamaica opposed the U.S. intervention, which was fully supported by the OECS in the name of “a rescue mission.”

However, as Britain, as head of the British Commonwealth — comprising former British colonies worldwide — was not informed by Washington of the invasion, so it was firmly opposed by then British Prime Minister Margaret Thatcher.

The U.S. invasion was also unanimously condemned by all other members of the United Nations Security Council at that time.

Mitchell is the longest-serving Prime Minister of Grenada since the revolution ended. He is also one of only two persons alive who have held the position of Prime Minister, the other being the NDC’s former leader Tillman Thomas.

A wealth of experience and the NNP’s loss of a Constitutional Review Referendum during his current term still fresh on his mind, Mitchell had been noticeably careful in his stewardship as the term started winding down.

He’s also played an effective cat-and-mouse game with the NDC on the campaign trail, allowing the major opposition party to officially confirm and announce dates and venues of its major public meetings and then deciding to counter with NNP meetings or rallies on the same day.

Mitchell has also sought to realign Grenada’s international ties in his current term, with eyes set on economic factors.

He broke the country’s ties with Taiwan and re-established relations with China, then developed firmer ties with Russia, also contracting a Russian company to drill for oil in Grenadian waters.

The NNP, in the current term, has also been pursuing its own approach to the controversial regional Citizenship by Investment Program, CIP, which offers foreign investors citizenship and passports in return for Caribbean investments.

A total of 17 parties have registered for the next elections, but for the two major parties – NNP and NDC — the stakes are equally high.

Having won three consecutive terms between 1995 and 2003, Mitchell and the NNP will be seeking a consecutive second term this year.

The NNP is approaching this second March 13 poll having won all the parliamentary seats — for a second time — in the 2013 elections.

Its main opponent will again be the NDC — for the eighth time — but on this occasion led by economist Nazim Burke.

The NDC, for its part, won the 1990 and 2008 elections and will be facing its first poll under Burke’s leadership.

An economist and financial administrator, the current NDC leader was a top technocrat in the Ministry of Finance during the latter days of the revolution and was named Finance Minister during the brief reign of the RMC.

Not known to be an advocate of hard-nosed policies, it is expected that apart from offering alternative political leadership, Burke’s NDC platform will also offer diametric economic policy alternatives to those so far provided by Mitchell.

And a decade after its last victory, the NDC will be hoping that with Burke, it will win a March 13 poll for a second time.

Previous post-invasion elections have been contested by — among many others — a revived GULP, Blaize’s The National Party, TNP, the Maurice Bishop Patriotic Movement, MBPM, led by Bishop’s relative, Dr Terrance ‘Terry’ Marryshow and another called Good Old Democracy, GOD.

The announcement of the March 13 election date on January 28 gave Grenadian voters and political parties only 45 days to prepare — and after the parliament is dissolved on February 20, polling day will be only three weeks away.

Most predictions are that the NNP will win, as also claimed by Dr Mitchell. But the NDC has won twice before and the NNP lost the referendum not too long ago, suggesting that the major opposition party should not be completely ruled out.