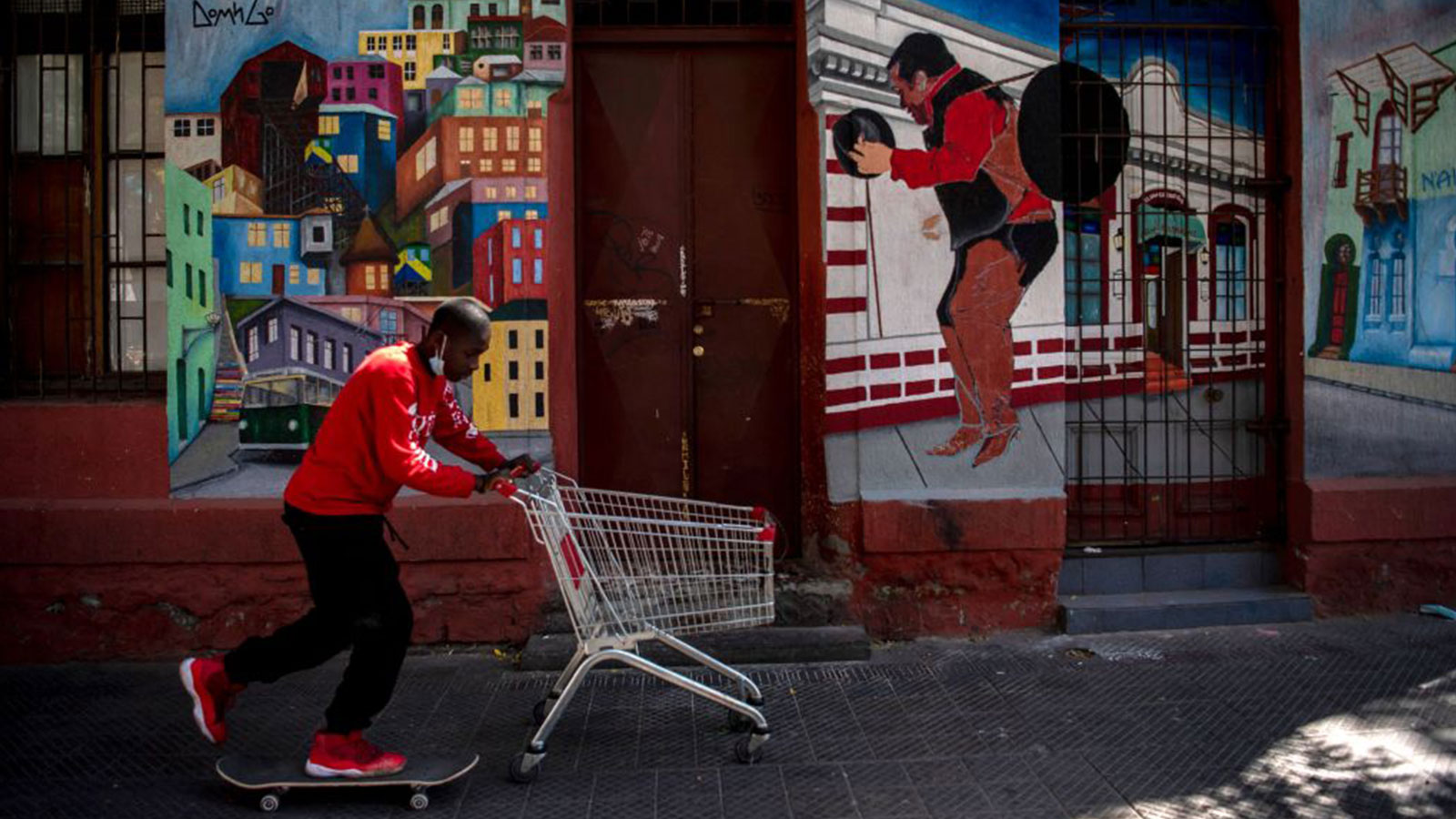 How Afro-Chileans are fighting to be recognized in Chile

You Are Here: Home » Blog » News & Current Affairs » How Afro-Chileans are fighting to be recognized in Chile

The Afro-Chilean population is one that has historically been left out and unrecognized in Chile. But that all changed in 2019.

After decades of fighting to be seen, activists achieved a major milestone after Congress signed a bill into law on April 16, 2019, that honors Afro-Chileans as tribal people. In other words, the government finally recognized Afro Chileans as aboriginals.

It’s been a long fight for people of African descent in the South American country who, for a long time, weren’t even seen.

Luis Rocafull, a Chilean lawmaker, says it starts with education and admitted that many people are not learning about Afro Chileans in school.

“We kept honoring our European-looking founding fathers while ignoring the role and contributions to our history of indigenous and Afro communities,” Rocafull stated. “Centuries ago, people from Africa were brought to our land against their will, and were crucial for the construction of what we are now as a region.”

The lack of knowledge inspired Rocafull to sponsor the 2019 bill that would ultimately recognize Afro Chileans as a tribal population.

Walter’s organization started in 2018 as an initiative to help spread awareness of Afro-Brazilian culture in Chile. But his mission quickly expanded as the conversation around the diaspora was increasing as a result of more immigration.

He realized there was an opportunity to teach more Chileans about Afro Chilean culture beyond what many considered a “new population” of minorities because of immigration.

A study by Chile’s Instituto Nacional de Estadística found in 2013 that there is an estimated 8,415 or 4.7 percent of people living in the northern region of Chile where the biggest population of Afro Chileans live.

According to Walter, people of African descent first arrived in the country during the 1800s, trying to escape slavery in Brazil. They also arrived through Chile’s well as the slave ports in Coquimbo and Valparaiso. Valparaiso was an important port for business.

While this information is widely known, Walter says it’s history is what remains quiet in history books. What there’s to know about Afro-Chilean culture comes from the culture and traditions they’ve preserved over the years. He says immigration added to the curiosity of Afro-Chilean culture because there were a lot of similarities between people of the diaspora arriving in Chile from other countries.

“There are a lot of people here in Chile from countries such as Brazil, Haiti, Colombia, Uruguay Ecuador, and Venezuela,” said Scott. “With the immigration that we’ve been receiving over the past 20 years, suddenly it’s become a necessity to know more about the diaspora.”

The dance known as El Tumbe or Carnival Tumba can be found in Northern Chile and dates back to more than 400 years ago when African slaves brought the dance over into Arica – what is known as the Azapa Valley.

Tumbe is known for “hip bumping” your partner to the beat of drums. The dance happens in a “comparsa” with a group of musicians and dancers, as Wanderlust Dancer points out. The dance was on the verge of extinction until the NGO Oro Negro helped to save it.

According to Wanderlust Dancer, a comparsa would come together every weekend in Arica singing and dancing the Tumbe to every home. Similar processions like this still happen in Montevideo, Uruguay on the weekends in a celebration known as Candombe – proving the influence of Afro-Chilean culture is prevalent in other South American countries.

Shifting The Narrative in Chile

Chile has been transitioning from a dictatorship to democracy over the last 30 years and as a result, changing the constitution.

“Afro Chileans have a strong community and are proud of who they are even though they recognize they are behind in their rights but that will change soon,” said Walter. “We are writing a new constitution recognizing Chileans as a multinational country and the different cultures immersed in our land.”

As the country transforms, Walter says the mindsets of Chileans will have to also change. While Afro Chileans are not dealing with violent acts of racism or dying at the hands of law enforcement, there are many microaggressions that Afro Chileans face.

“In school, for example, a child of Afro descent may be singled out or picked on for the color of their skin. It’s psychological here, and while no one will get killed as a result of their skin, they will get treated a different way.”