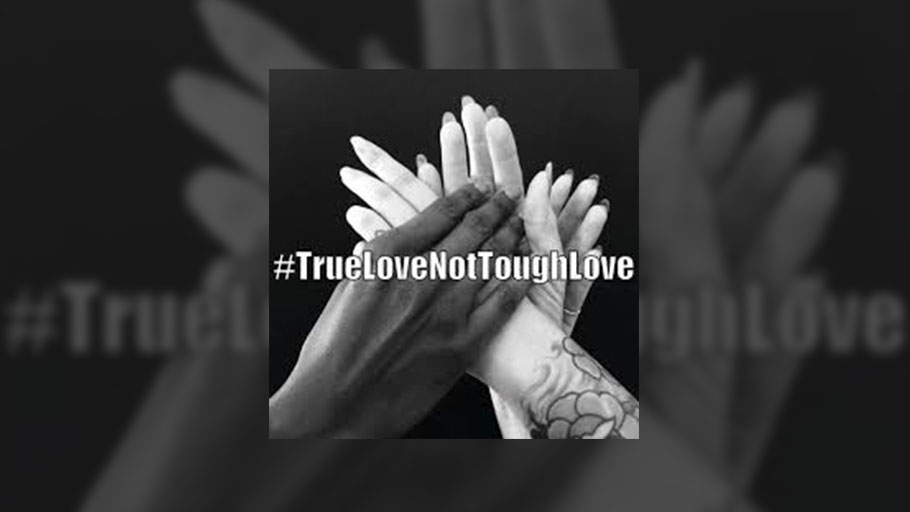 Moms from Across the Nation Propose a Better Way to Solve the Opioid Overdose Crisis and Save Lives. Moms from California to Washington D.C. are Available to Tell Their Powerful Stories.

On Valentine’s Day Moms United to End the War on Drugs is launching the second annual “True Love, Not Tough Love” campaign. Moms reject paternalist drug policies that circumvent our maternal wisdom and replace it with cruel, anti-family values. With insight as moms, we are speaking out to other mothers to warn them that their children are in danger too, and to use our innate moral authority to teach unconditional and positive regard. In raising our children, we offer steady but loving direction and discipline so that they can achieve their goals and live happy and healthy lives. We are reclaiming our basic mother’s right to nurture and protect our children.

At a time when one person is dying every 10 minutes in the United States due to overdose, we must stop wasting time and resources by employing failed drug war tactics to address what is essentially a public health epidemic. Moms have a better way to save lives and solve the opioid overdose crisis.

“Tough love,” paternalistic approaches don’t work, but nurturing, maternal and humanistic approaches achieve success. Charmie Gholson, a steering committee member of Moms United, created a split- screen image showing what prohibition does with prisons and weapons, and what mothers do with nurturing and love. She says, “Mothers are teaching lessons of love in addressing this tragic epidemic.”

“As a mother of two sons who have struggled for decades with addiction to heroin, who are survivors of a punitive and retributive criminal justice system, and who have survived accidental overdose, I’m deeply concerned that our government appears to be so unenlightened about a health emergency that is taking so many precious lives across the cultural and socio-economic spectrum,” said Gretchen Burns Bergman, Lead Organizer of the Moms United to End the War on Drugs campaign.

Diane Goldstein, a member of both The Law Enforcement Action Partnership and Moms United said, “In recent years, the police have seen the tragic increase in opioid overdose deaths resulting directly from the unregulated drug market, deaths that point to the failures of using the criminal justice system to solve a public health issue.”

Julia Negron, a member of Moms United and Suncoast Harm Reduction Coalition said, “We mothers are the accidental activists, part of a club we never wanted to be in. But we are certain that true, real love can heal and stop the harm.”

The True Love Not Tough Love (#truelovenottoughlove) campaign begins on Valentine’s Day, 2019.
We request that people change their social media logos to this meme from Feb. 14 through Feb. 17.

On February 14, our 5 Moms United solutions will be posted on social media as a short video

Link to video and social graphics to share here on MomsUnited.net

Moms United to End the War on Drugs is an international campaign that works to end the violence, mass incarceration and overdose deaths that are a result of current punitive and discriminatory drug policies. They are building a movement to stop the stigmatization and criminalization of people who use drugs or who are addicted to drugs. Moms United is a project of A New PATH (Parents for Addiction Treatment & Healing), a 20-year old nonprofit organization that works to reduce the stigma associated with addictive illness through education and compassionate support, and to advocate for therapeutic rather than punitive drug policies.