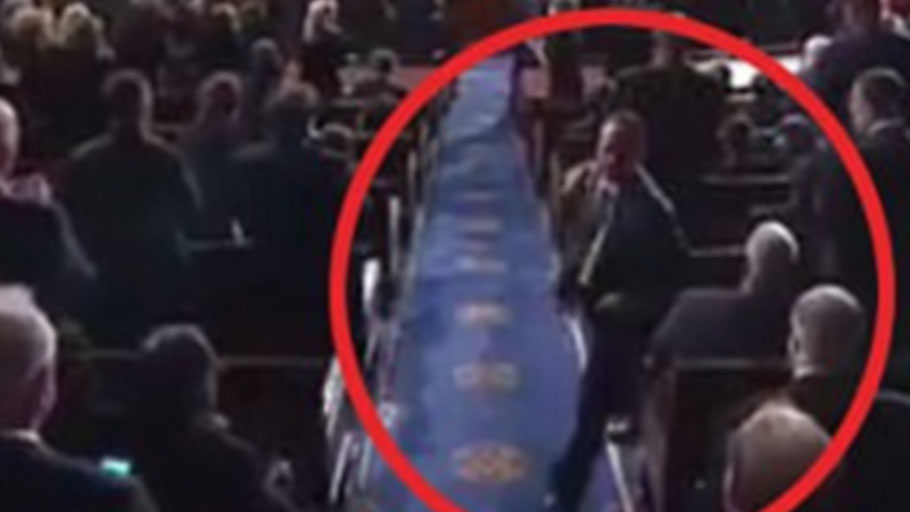 One Congressman Who Balked at Trump’s Immigration Ruse

You Are Here: Home » Blog » News & Current Affairs » One Congressman Who Balked at Trump’s Immigration Ruse

Fake sympathy veils the plan to deport the Dreamers, the Illinois congressman says.

In the annals of cynicism, President Trump’s declaration in Tuesday night’s State of the Union speech that “all Americans are Dreamers” ranks high. Invoking the hopes of the 800,000 undocumented Americans protected by President Obama’s Deferred Action for Children, after abolishing the program that allows them to stay in the country, Trump delivered a threat with a smile.

It was too much for Rep. Luis Gutierrez (D-Illinois), who walked out of the House chamber as many in the crowd chanted, “USA, USA, USA,” near the conclusion of Trump’s speech. Gutierrez proceeded to issue a statement trashing the man he called “an outwardly, explicitly racist American president.”

Trump’s second pillar would “fully secure the border,” meaning building a border wall even most Republicans are loath to fund. The third pillar ends the visa lottery that allows people with a high school education and/or work experience to enter the U.S. after a vetting process.

The fourth pillar would end “chain migration,” a pejorative term for a family-based immigration policy. This is the lead pipe threat in Trump’s immigration plan, a blunt instrument to damage the idea of legal immigration.

“Under the current broken system, a single immigrant can bring in virtually unlimited numbers of distant relatives,” the president said to loud boos in the chamber. “Under our plan, we focus on the immediate family by limiting sponsorships to spouses and minor children.”

In fact, a 2013 study found that each new immigrant sponsors an average of 3.45 family members, not 22 as Trump often claims. Sen. Chris Murphy (D-Conn.) notes that the very language is intended to stigmatize immigrants as shiftless.

Reminder: “chain migration” is a made up term by the hardline anti-immigration crowd. Its purpose is to dehumanize immigrants. If you’re using that word, you’re declaring a side.

Rep. Gutierrez, who is not running for re-election, says there is no basis for a congressional deal to protect the Dreamers, who face deportation to countries they barely know.

“The White House agenda is to gut legal immigration in exchange for allowing some of the Dreamers to live here. For those of us who support legal immigration, and that’s most Democrats and many Republicans, it won’t fly,” he said.

“And the Dreamers themselves have said they do not want legal status if it comes at the expense of others who will suffer more as part of the bargain. The speech did nothing to bring the pro- and anti-immigrant sides closer together. I was hoping for some sort of apology on Puerto Rico, but I heard nothing. Puerto Rico is a metaphor for how this president sees all Latinos and people of color: he does not see us as his equals and he does not see us as fellow human beings.”

Trump’s State of the Union speech made that clear.