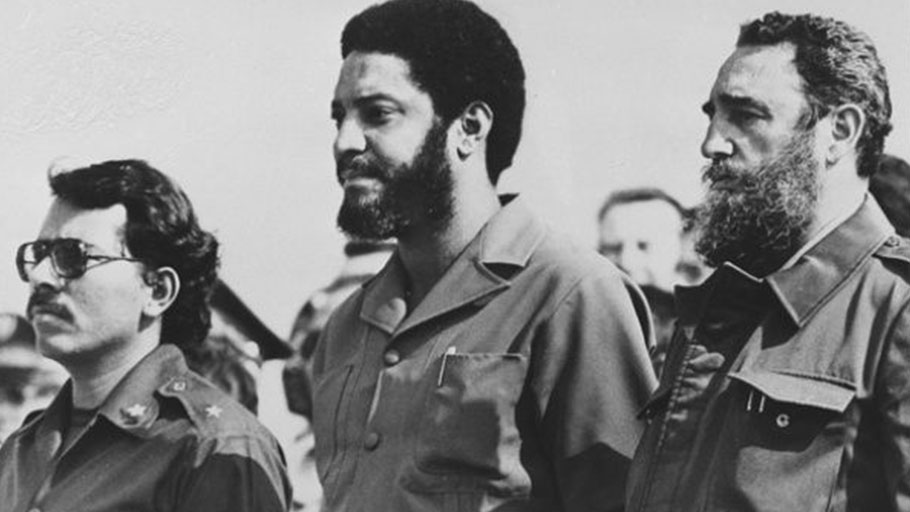 Left to right: Nicaraguan leader Daniel Ortega, Maurice Bishop, and Fidel Castro at a May 1 celebration in Havana in 1980.

The young revolutionaries of the 1979-83 era, at home and abroad, have all grown into advanced adulthood.

It’s still quite uncertain why Prime Minister Dr. Keith Mitchell has again set March 13, the anniversary date of the 1979 Revolution led by Maurice Bishop, as the date for a general election in the three-island state he rules over – Grenada, Carriacou, and Petite Martinique.

Predictably unpredictable in his political maneuvers over the last two decades, Mitchell the Politician has an established record for doing things out of the ordinary.

His ruling New National Party (NNP) won six of the eight general elections it has contested in the past 34 years – and twice won all the 15 seats contested, including at the last February 19, 2013, poll. A qualified mathematician who lived in the United States before returning to Grenada after the US-led invasion in 1983, Dr. Mitchell ruled for more than two decades, though not continuously.

Economic and social problems continue to plague the small English-speaking Caribbean state since the Revolution committed suicide and was eventually buried by US troops 34 years ago.

In the year following the invasion, the interim Nicholas Brathwaite government was appointed by Washington, while US troops ruled the roost and outlawed the revolution’s main architects and supporters. 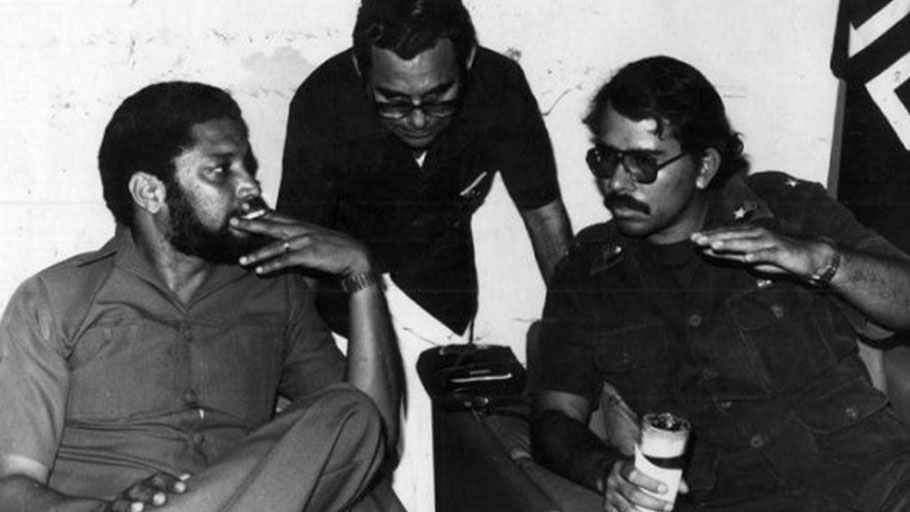 Though all revolutionaries were considered enemy by the American occupiers, Bishop’s supporters were given a relatively free hand — and those fingered by them as somehow associated with those responsible Bishop’s death were routinely pursued, rounded-up, arrested and detained by the US troops and their fig-leaf Caribbean ‘peace-keeping force’ supporters.

A Kangaroo Court comprising selected Caribbean judges paid by the US in a trial also funded by Washington, condemned to life imprisonment those accused of killing Bishop and several Cabinet Ministers of the People’s Revolutionary Government (PRG) on October 19, 1983.

Among the political prisoners was Bernard Coard, the PRG’s Deputy Prime Minister, credited with leading the faction of the ruling New Jewel Movement (NJM) that had earlier put Bishop under house arrest for allegedly reneging on an earlier agreement to share power (with Coard) through a controversial ‘joint leadership’ formula.

Coard and 16 others served 26 years at the Richmond Hill Prison in the Grenadian capital, St. George’s, until they were released by a judge of the Organization of Eastern Caribbean States (OECS) Supreme Court a few years ago, after having effectively serving their legal life sentences.

Much has happened – and quite a lot also hasn’t happened – since the US-led invasion of October 25, 1983.

Despite pleas by his mother, wife, children, and family to afford him a decent Christian burial, Bishop’s body has never been released by Washington or returned to Grenada by the US. His mother died without burying her son.

Successive Grenada governments have also effectively ensured that March 13 was not celebrated as a true date of national historical significance that it is.

More official emphasis was instead placed on terming the US invasion a ‘Rescue Mission’; and a monument was erected to mourn the deaths of US troops, with no such homage to the Grenadians who died during the invasion and the bloody events that preceded it.

The NJM was both effectively crushed and basically outlawed, with memories and official acknowledgments of the revolution’s sound achievements effectively erased. The international airport the PRG started — and which was used as an excuse for Washington’s long pre-invasion propaganda war and invasion preparations — still exists, playing its intended role of boosting the nation’s tourism potential. And the young revolutionaries of the 1979-83 era, at home and abroad, have all grown into advanced adulthood.

However, the Grenada Revolution’s achievements and Bishop, the NJM and the PRG’s legacies still stand strong, if only in people’s minds and on paper and film. In the 39 years since the invasion, much has been said, written and documented in books, films and videos, all claiming to offer true versions of events during and after the Revolution.

The latest publications include a book by Coard is entitled ‘The Grenada Revolution – What really Happened!’ which he promises is the start of a series in which he will offers his version of events leading to the Revolution. The Coard book reveals much that hadn’t been known but also does not answer many questions that still linger in many minds.

With the 40th anniversary of the Grenada Revolution to be observed next year (on March 13, 2019), the real intent behind setting the next general election to coincide with its 39th anniversary is still as much a mystery at this early point as the first time around 28 years ago.

Whichever party wins the upcoming March 13 poll will obviously be able to claim the date as the anniversary of its victory – and if the NNP wins, Dr. Mitchell will most likely ensure the nation parties heavily on that date every year leading to the next or subsequent poll.

So, did Mitchell set the date with that in mind? Was it done to give another meaning to March 13?

Or is he simply playing to the gallery of the untold number of persons who still harbor fond memories of Bishop and the Revolution?

The international airport was named after Bishop by a NDC government, but Mitchell never reversed that decision. Nor is he on record as having opposed the legal release of those who served time for Bishop’s death. In addition, Mitchell surprised Grenada and the world when he invited Cuba´s President Fidel Castro to visit the island on August 3, 1998.

Clearly, Mitchell does his Maths well when it comes to assessing the mood of Grenadians. Even his opponents will tell you he’s ‘very good at winning elections’ – except a referendum for Constitutional change his government called over a year ago that he unexpectedly lost.

The defeat was partly due to religious and political opposition to claims that the reformed constitution could or would have possibly legalized same-sex marriage, but mainly because supporters of the proposed changes could not have summoned the 66.6% (two-thirds) majority constitutionally required to win any referendum.

It’s likely the upcoming March 13 election will come and go and the real reasons for Mitchell twice setting elections on that precise date will never really be known.

But recognized or not by governments selected or elected after Bishop’s death, the first genuine English-speaking Caribbean Revolution that he and the NJM led, as well as his and their history, will not and cannot be erased.

As always in such matters, it’s only a matter of time before the Grenada Revolution is given its rightful and official place in the history of the country it so changed and forever left its footprints in its sands of time.

As the revolution’s beloved theme has eternally ensured, its memory will continue to live on, Forward Ever, Backward Never!