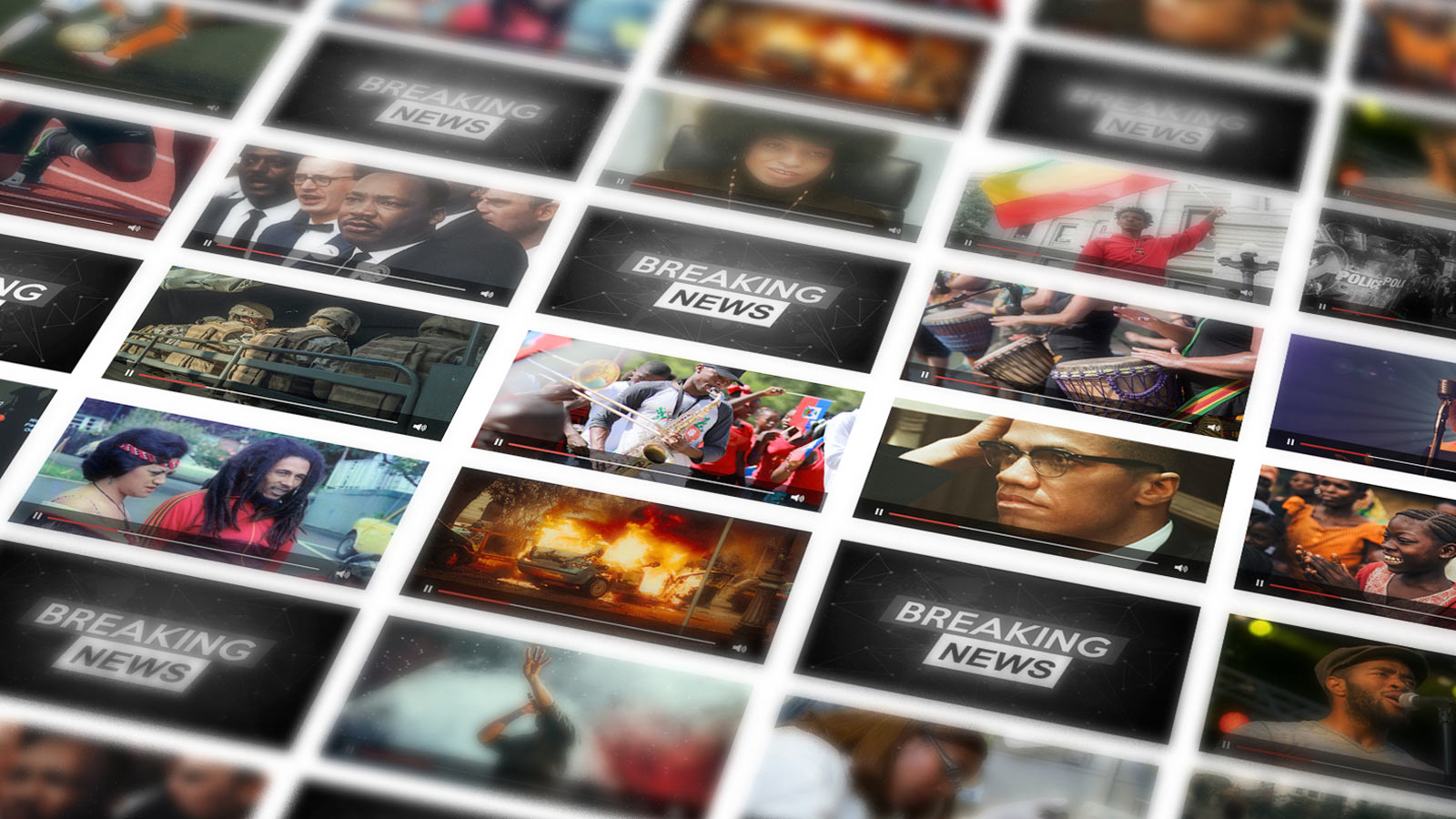 New York, NY January 25, 2022 — Find out what’s happening around the world all day, every day when Black World Media Network (BWMN)  premieres on February 3, in conjunction with Black History Month. A multimedia digital platform, BWMN connects the Black World through news, information and culture from the United States, Canada, Africa, the Caribbean, Central and South America, Great Britain, Europe and beyond.

Offering audio and video live streams and on-demand content, BWMN will aggregate and curate news, information, and commentaries from a wide variety of news agencies, websites and publications across the Black World. In the coming months, BWMN will produce and distribute original programs and podcasts hosted by prominent scholars, activists, journalists, policy and systems analysts and leaders in various professions.

The centerpiece of BWMN is Black World Radio, a 24-hour, fully-licensed audio streaming service that features news, commentaries, spoken word, conscious, progressive Black music and public service announcements from the Diaspora and the Pan African World. Other features include a Video Service with streaming and on-demand news videos, aggregated into a searchable database. The Black World Radio’s audio livestream can be shared to the viewer’s own social media pages and the video stream will be delivered directly into TV sets with OTT devices (Over the Top) including Roku, Fire TV and Apple TV. BWMN will also offer free Mobile Apps where content will be accessible via tablets, laptops, cell phones and car radio systems. BWMN is available at www.blackworldmedia.net, as well as on You Tube, Facebook, Twitter, LinkedIn and Instagram.

BWMN is the brainchild and legacy project of Don Rojas, Director of Communications and International Relations for Institute of the Black World 21st Century (IBW) founded by Dr. Ron Daniels in 2002. IBW is a 501(c) (3) not-for-profit organization committed to building the capacity/power of Black communities in the U.S. and the development of the global Black community. “This massive and monumental venture spearheaded by the legendary Don Rojas complements IBW’s mission, programs and initiatives,” said Dr. Daniels. “Over the decades, we have been the go-to source for disseminating information and bringing together people from across the globe to discuss and offer insight and solutions to topics that affect the Black World. It is ideal that we now expand our offerings to include this digital platform where individuals can click one button to find and explore what they want, whenever they want.”

Don Rojas said, “I am thrilled and humbled to be at the helm of this information gathering and sharing tool, which is not only a place to learn, communicate and connect, but also a space for great voices to be heard.” Rojas, who also serves on the board of IBW, is well poised to steward this online operation. He has served as Executive Director and CEO of Free Speech TV, General Manager of New York’s Pacifica Radio station WBAI and Executive Editor of the Amsterdam News. In addition, he worked as the Press Secretary to the late Grenadian Prime Minister Maurice Bishop from 1979-1983; and created The Black World Today (TBWT), an online news and commentary site that launched in 1996.

Rojas has assembled a highly skilled and experienced team to launch this milestone platform. Rick Adams, Chairman of the IBW Board of Directors and former radio host, is Production Assistant; Rennie Bishop, former General Manager of New York’s  WWRL, serves as Program Assistant. The team is rounded out with Dr. Todd Burroughs, News Editor and Researcher, and Michael Codrington, Livestream Manager.

IBW’s pioneering new initiative, the Black World Media Network (BWMN) was launched on Feb. 3 with an exciting Webinar featuring a number of Black World leaders who will be engaged with the Network in the weeks and months ahead. Among those speaking at the Webinar were Dr. Julius Garvey, son of the Hon. Marcus Mosiah Garvey; George Fraser, Founder and President of Fraser Nation; David Abdulah, Political Leader of the Movement for Social Justice in Trinidad & Tobago, and a stellar array of publishers, journalists, organizers and activists, all of whom will be actively involved with the Network in the future.