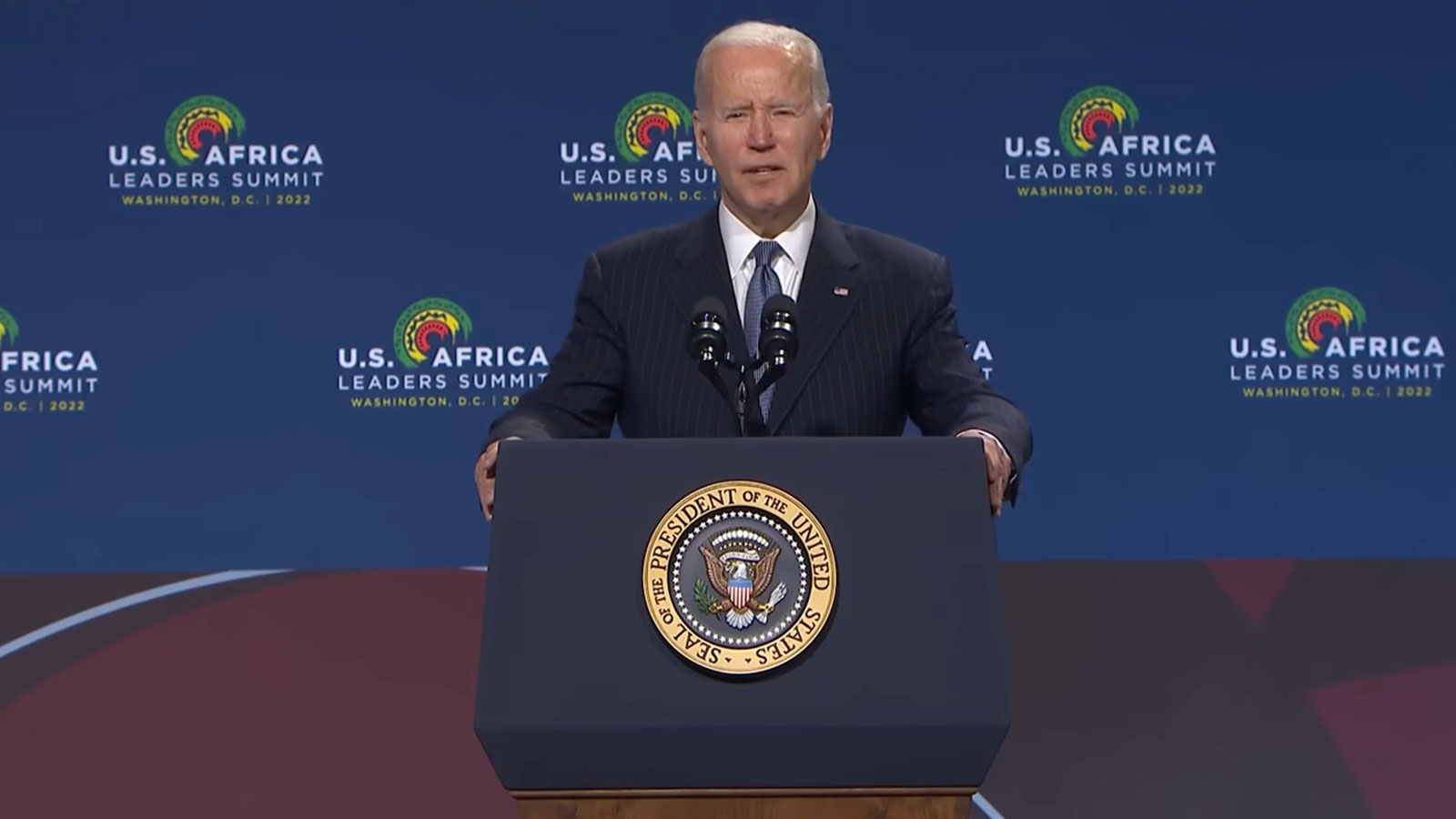 The U.S. Africa Summit finally received some press coverage yesterday. 50 African heads of state were almost invisible, virtually whited-out for 48 hours. Breaking news was/is that Biden apologized to African leaders for the role of U.S. in the holocaust of enslavement followed by a pledge of $55 billion in aid; a paltry sum compared to China’s huge investments to ensure access to Africa’s vast mineral assets. Nonetheless, a decent, noble and correct gesture.

But, what about reparations for the sons and daughters of Africans in the U.S.? We’ve been appealing to you for months Mr. President to create the HR-40 Commission by Executive Order? It borders on disrespect not to respond/act in the affirmative in memory of the late great Congressman John Conyers and the appeals of Congresswoman Sheila Jackson Lee, lead sponsor of HR-40.

It’s past time to begin the process of repair of the injuries of enslavement and its legacies inflicted by the U.S. Government. It would have been awesome to apologize to African leaders and then announce your intent to enact HR-40 to “study and develop reparations proposals for African Americans!”

Mr. President, African Americans are waiting for you to act. Pick-up the phone and call Congresswoman Sheila Jackson Lee and inform her that on MLK Day 2023, you will announce your intention to enact HR-40 by Executive Order! #E/O 40 #HR-40 on MLK Day