The First Call: All Roads Lead to Baltimore for State of the Black World Conference V – April 19 – 23, 2023 Baltimore MD. 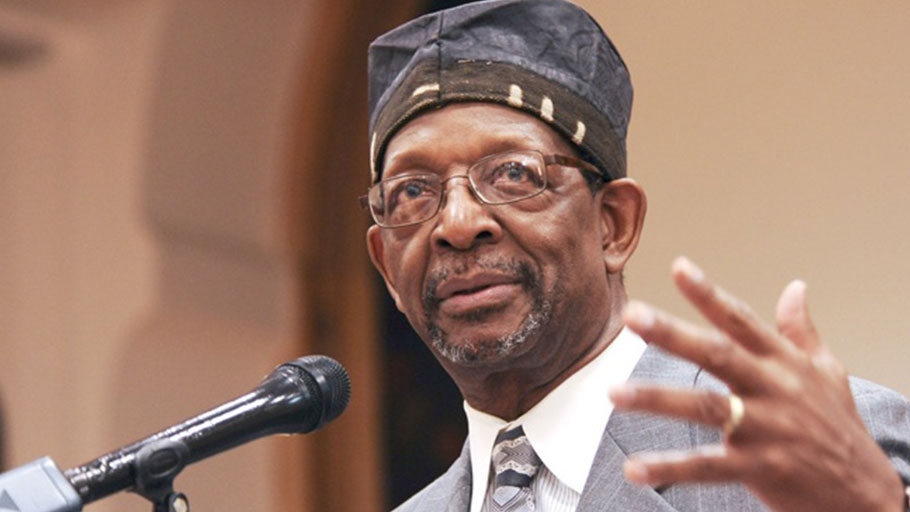 At the historic National Town Hall Meeting on the Impact of the 2022 Mid-Term Elections on the State of Black America and the Pan African world, in the closing Charge I proclaimed to those in attendance at Cramton Auditorium, Howard University and the vast virtual audience: “All Roads Lead to Baltimore for State of the Black World Conference V.” Focused on the Theme, Global Africans Rising: Empowerment, Reparations and Healing, my appeal was intended to encourage, motivate, inspire and activate sisters and brothers to Pre-Register and become Friends and Advocates of IBW with the objective of making State of the Black World Conference V (SOBWCV) one of the great gatherings of people of African descent/Black people in the 21st Century!

With Dr. Julius Garvey, son of the Honorable Marcus Mosiah Garvey and global Pan Africanist serving as Honorary Chairman, our goal is to mobilize/organize 1,000 Participants from Black America and the Pan African world to journey to Baltimore. Our mission is to assess the state of the race in these perilous times and collectively strategize to advance the heroic multi-generational struggle of our people for freedom, self-determination, dignity and restoration of the race.

Healing Black families, communities and nations was front and center at State of the Black World Conferences in Washington in 2012 and Newark in 2016. However, as we issue this call, it is abundantly clear that the urgent task of healing our people cannot be completed when faced with the onslaught of the white nationalist, racist, white supremacist MAGA forces in the U.S. and the world.

Our preeminent Master Teacher Dr. John Henrik Clarke correctly warned that white nationalism is the enemy of Black people. Heeding Dr. Clarke’s admonition, we must rise-up and eradicate the global systems of racialized exploitation and oppression which were nourished by the brutal extraction of wealth during the MAAFA, the African holocaust and its legacies. We must demand reparations for the horrific crimes against humanity inflicted on Africans, our ancestors, by the slave traffickers and colonizers from Europe and America.

Imbued with this sense of mission, Professor Hilary Beckles, Chairman of the CARICOM Reparations Commission, and towering figure on the world stage, has declared that Reparations is the human rights struggle of 21st century.  We in IBW agree. Therefore, strengthening the U.S. and global reparations movements will be a major focal point of the deliberations at SOBWCV. However, this great gathering will also address other critical issues of vital concern to Black America and the Pan African world, e.g., the War on Drugs, mass incarceration, gun violence and fratricide, gentrification, environmental justice, climate change, safe, clean and accessible water, socially responsible economic development and much more.

In Black America and the Pan African world, Africans are rising up, with a new generation of young leaders in the forefront, to confront anti-blackness, racism and white supremacy and racialized Capitalism as destructive forces stunting the development of Black families, communities and nations. In the spirit of our iconic Ancestor Maya Angelou: “You may shoot me with your words, You may cut me with your eyes, You may kill me with your hatefulness, But still, like air, I’ll rise.” Global Africans are rising!

April 19-23, 2023, we call on people of African descent/Black people from Black America and the Pan African world to be in Baltimore for State of the Black World Conference V, the place and space where we will gather to share with each other, learn from each other, collaborate with each other and collectively devise strategies to galvanize and intensify the righteous struggle for a new world order grounded in the values of African humanism.  All roads lead to Baltimore for State of the Black World Conference V. We not only invite you to be there,  we are invite you to become a Friend and Advocate for IBW — an educator, mobilizer, organizer to inform and encourage our sisters and brothers from your city, state, region and nation to be among the Global Africans Rising for Empowerment, Reparations and Healing; to be Participants in one of the great gatherings of African people/Black people in the 21st Century!

“Still On This Journey”
Yours in the victorious struggle,
Dr. Ron Daniels, Founder/President
Institute of the Black World 21st Century

Complete fields below to pre-register for SOBWC V to be held April 19 – 23, 2023 at the Baltimore Convention Center and the Hilton Inner Harbor Hotel in Baltimore, Maryland. Theme: Global Africans Risings – Empowerment, Reparations and Healing.

Join the list of Advocates for State of the Black World Conference V (SOBWCV) to spread the word and mobilize/organize people to attend/participate. Visit our “Sign-up” page and select the “SOBWC Advocate Sign-up” checkbox.