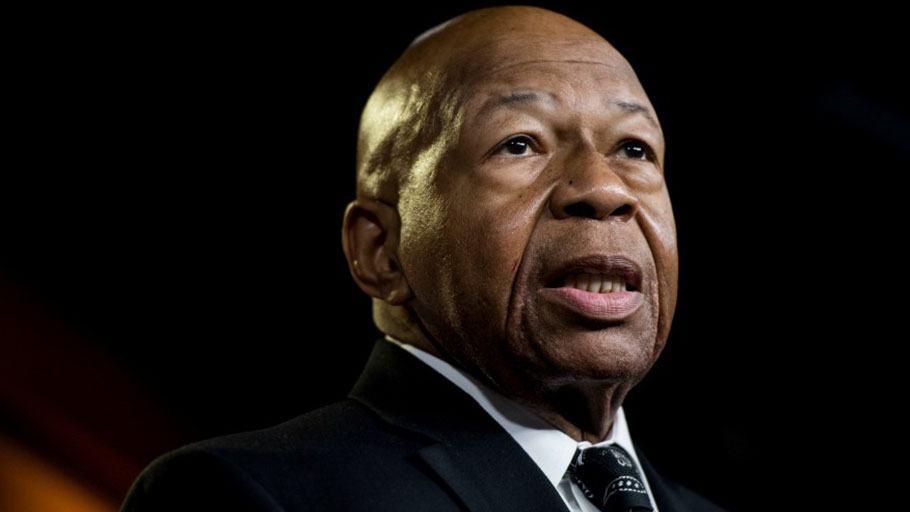 ‘Huge Loss for Baltimore, Maryland, and the Nation’: Rep. Elijah Cummings Dies at 68

Rep. Elijah Cummings, a Maryland Democrat and chairman of the House Oversight Committee, died at Johns Hopkins Hospital at the age of 68 Thursday from “complications concerning longstanding health challenges,” his office said in a statement.

Cummings played a significant role in numerous investigations into President Donald Trump’s conduct and policies, including his mass detention of children at the U.S.-Mexico border.

The Maryland Democrat also played a central role in the House impeachment inquiry into the president.

In July, Trump launched vicious and racist attacks on Cummings and his Baltimore district.

“Mr. President, I go home to my district daily. Each morning, I wake up, and I go and fight for my neighbors,” Cummings tweeted in response to the president’s attacks. “It is my constitutional duty to conduct oversight of the Executive Branch. But, it is my moral duty to fight for my constituents.”

Mr. President, I go home to my district daily. Each morning, I wake up, and I go and fight for my neighbors.

It is my constitutional duty to conduct oversight of the Executive Branch. But, it is my moral duty to fight for my constituents.

News of Cummings’ death was met with an outpouring of grief and well-wishes for his family on social media:

Our Chairman leaves behind a beautiful and powerful legacy. I am already feeling the impact of a little less grace in the world. Deep gratitude to have spent these early months in Congress guided by his wisdom. Rest in power @RepCummings pic.twitter.com/n4ekGvhAVx

I am simply devastated and shocked by the loss of Chairman Elijah Cummings. Elijah was a fierce champion of justice, a moral leader in the House, and a wonderful mentor to me as a new Member of Congress.

Holding his entire family in my heart today.

The passing of Congressman Elijah Cummings is a tragic loss to his family, the Congress and the American people. -R

This is just such sad news. ⁦@RepCummings⁩ was a force to be reckoned with. This is a huge loss for Baltimore, Maryland, and the nation. https://t.co/mw5z4ssbBL

My heart is heavy with a flood of tears waking up to the news my friend @RepCummings has died! Rest in peace my friend. May God be with your wife, your family, friends & the City of Baltimore who mourns your loss. May the Nation & the world remember your heat & your fight.

Rest in Power Congress Member Elijah Cummings. You were the change you wished to see in the world, a trail blazer and thoughtful leader.

Very very sad to learn of Elijah Cummings death. I got to work with him as we wrote the 2016 Dem platform, and his leadership was a master class in the blend of realism and idealism that can make politics, at its rare best, a noble profession.

“As a devoted statesman to Baltimore and the civil rights movement, Rep. Cummings was among the most passionate and spirited members of congress. He demanded justice on every front and never shied away from standing up for the most vulnerable,” said Derrick Johnson, the President and CEO of NAACP.

This morning, we lost a true champion for democracy, transparency, the rights of the people of Baltimore and the humanity of this country. Rep. Cummings leadership will be deeply missed. Our thoughts are with his friends and family at this time.

In the fight to stop catastrophic climate change, we need champions of his caliber to fight with and for the people as we stand up to corruption in high places and continued dereliction in Washington now more than ever before. Representative Cummings’ example demands that we fight ever harder for a more just world, for all of us.

In a statement in September, voicing his support for impeachment proceedings against Trump, Cummings said, “When the history books are written about this tumultuous era, I want them to show that I was among those in the House of Representatives who stood up to lawlessness and tyranny.”

Responding to that quote being shared on social media, one user on Twitter responded simply: “And, they will.”