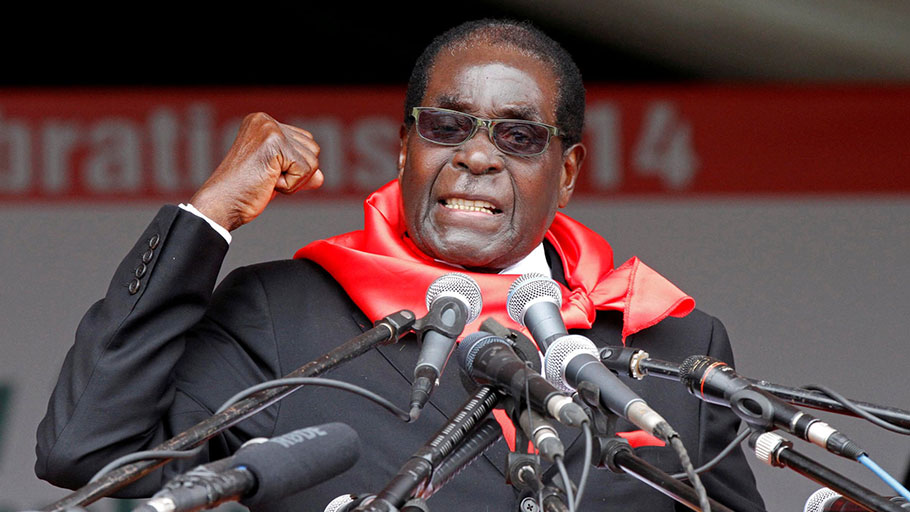 By Jason Burke and David Smith, The Guardian —

Robert Mugabe, the deeply divisive former president of Zimbabwe, was declared a “national hero” by the ruling Zanu-PF party on Friday, as preparations for his funeral got under way in the nation he ruled with an iron first for almost 40 years.

The death of the former president on Thursday night in a clinic in Singapore marks the definitive end of an era in the former British colony.

Mugabe, who died aged 95, ruled Zimbabwe for close to four decades before being ousted in a military takeover in November 2017.

Though initially admired as a hero of Africa’s independence struggle, his long rule descended into tyranny, corruption and incompetence, earning him international pariah status. His death prompted mixed reactions in Zimbabwe, across Africa and around the world.

President Emmerson Mnangagwa, who took power after Mugabe’s fall, called his predecessor “an icon of liberation, a pan-Africanist who dedicated his life to the emancipation and empowerment of his people” and said Zimbabwe would be in official mourning until the former leader’s remains were brought back from Singapore and buried.

Tendai Biti, a prominent opposition politician, said that though he had been tortured on Mugabe’s orders, he was not bitter.

“He brought massive destruction to Zimbabwe but was a product of his era. He did not know how to make the transformation from liberation leader to national leader,” Biti told the Guardian.

No plans for a funeral have been announced, but it is expected to take place in the capital, Harare, or Mugabe’s home town of Zvimba.

The ruling African National Congress party in neighbouring South Africa described Mugabe as a “friend, statesman and revolutionary comrade”. In a statement, the ANC acknowledged that it had sometimes “differed vociferously” with him, but remembered “an ardent and vocal advocate of African unity and self-reliance” whose struggle had been an inspiration.

Flags in Kenya were flown at half mast.

But in the UK, Downing Street said that while “we of course express our condolences to those who mourn” the former leader represented “a barrier to a better future”.

“Under his rule the people of Zimbabwe suffered greatly as he impoverished their country and sanctioned the use of violence against them,” a spokesman for prime minister Boris Johnson said.

Mugabe had made frequent visits to Singapore to receive medical care in recent months as his health deteriorated. As far back as November 2018, Mnangagwa told members of the ruling Zanu-PF party that Mugabe could no longer walk.

Once widely celebrated for his role in fighting the white supremacist regime in his homeland, Mugabe had long become a deeply divisive figure in his own country and across the continent. 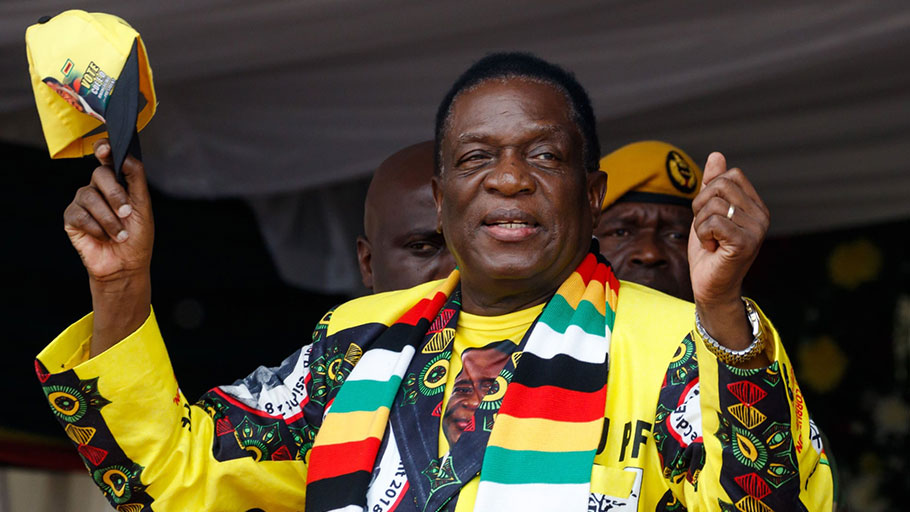 His final years in power were characterised by financial collapse, surges of violent intimidation and a vicious internal power struggle pitting his second wife Grace, 41 years younger than him, against Mnangagwa, his former right-hand man.

The rivalry was resolved when Mnangagwa, a Zanu-PF stalwart, took power when Mugabe reluctantly resigned after a military takeover. The news of his decision prompted widespread rejoicing.

On Friday Mnangagwa thanked “former first lady Grace Mugabe for standing by her husband until the end”.

Grace Mugabe became known for her lavish lifestyle and joined the Zanu-PF politburo by virtue of her leadership of the party’s influential Women’s League in 2014. She became a political liability for the ageing autocrat, however, and her outspoken criticism of Mnangagwa was one of the triggers for the military takeover that ousted her husband.

But Mugabe remained devoted to his wife, calling her “my Grace” in his last press conference and demanding better treatment for his spouse from Zimbabwe’s new rulers.

After his fall, Mugabe was granted the status of a respected father of the nation and a generous pension by the new government. The move angered his many opponents and upset many victims of his regime.

But Mugabe’s own frustration and humiliation over his ousting were clear, and voiced with typical rhetorical force at an extraordinary press conference in the grounds of his residence in Harare days before elections in July 2018.

Mugabe, flanked by his wife, suggested he would vote for the opposition MDC, a party he had brutally suppressed before co-opting it in 2008 to form a supposed unity government that he still dominated. 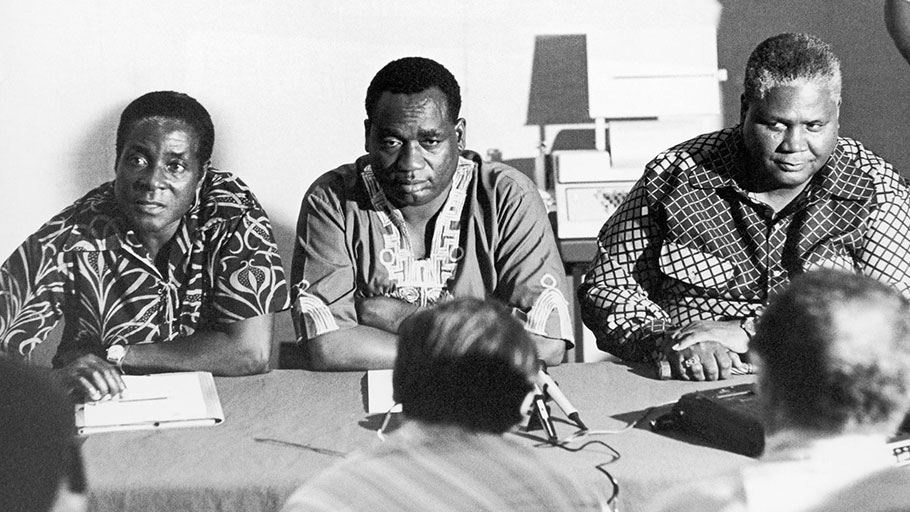 Mugabe, left, with George Silundika and Joshua Nkomo in Tanzania in the 1960s. Photograph: Keystone-France, Gamma-Keystone via Getty Images

Educated at Catholic missionary schools, Mugabe became a teacher in Ghana then returned to Rhodesia in 1960 to fight white minority rule.

Eventually freedom was won and Mugabe promised to embrace the country’s white population. He led the country through a golden period of economic growth and educational development that was the envy of Africa.

The international community turned a blind eye, however, to human rights abuses, most notably the 1980s ethnic cleansing of at least 20,000 people in Matabeleland province. 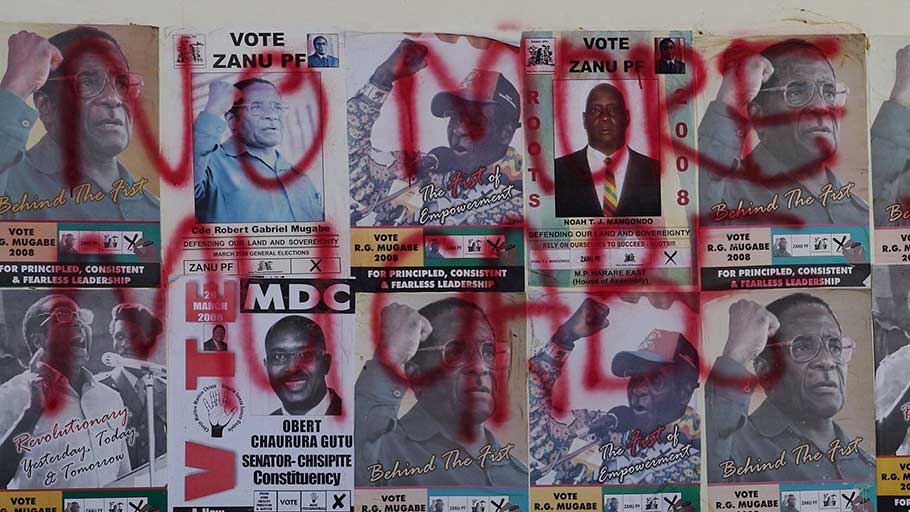 Opposition rose again in 1999 as the economy floundered and trade unions organised around the Movement for Democratic Change. Mugabe rigged elections and began a programme of land reform in which white farmers were forcibly evicted to make way for Zanu-PF party cronies or black Zimbabweans who lacked the skills and capital to farm.

This helped throw the economy into disarray. Hyperinflation ran riot and supermarket shelves were empty. The once-proud school and health systems began to crumble.

The political environment also became increasingly hostile, with activists and journalists persecuted, jailed or murdered. More than 200 people died in political violence around the 2008 election, which Mugabe was widely seen as having stolen from the MDC’s Morgan Tsvangirai. 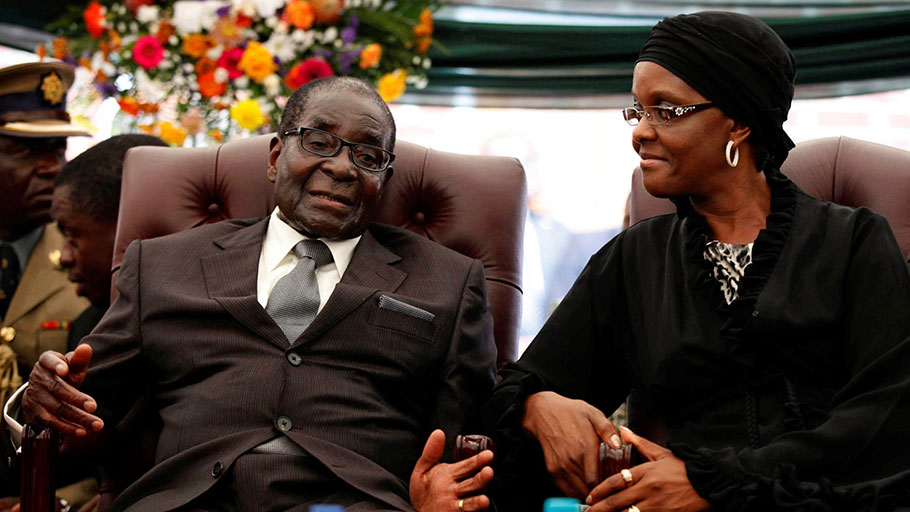 The late John Makumbe, a politics professor at the University of Zimbabwe, said: “He’ll be remembered as a villain. His legacy was destroyed by his staying, his violence, his imposing his own political allies and rivals.

“The chameleon has its own colour: when it’s frightened, it takes on its original colour, and it’s ugly. He showed his true colours. His true colour is a killer. He killed his enemies.”

Why Hurricane Dorian Defied Forecasts and Sank the Bahamas

Why Hurricane Dorian Defied Forecasts and Sank the Bahamas
We Need Your Support — Donate, Share, Sign-Up Ways to Support