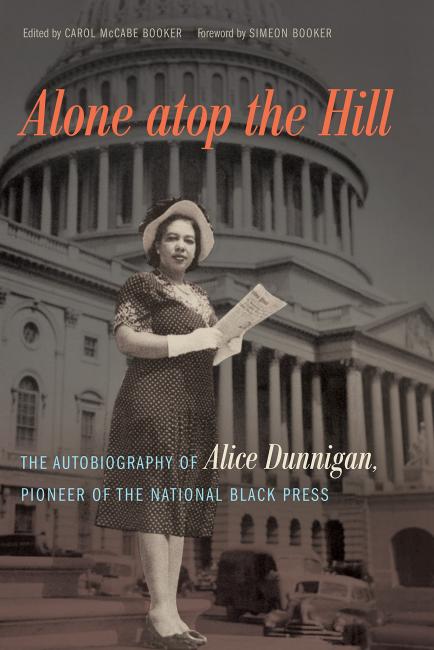 You Are Here: Home » Blog » News & Current Affairs » See Politics and Power Through the Eyes of 3 Black Female Journalists

There was a time when a U.S. president could wander around inside a moving train, by himself, during an afternoon. In 1948 Harry S. Truman made a surprise visit to the compartment of Alice Dunnigan, who, typewriter across her lap, was writing her story for the black press. He had heard about the trouble she had while walking down the red carpet with the rest of the White House press corps in Cheyenne, Wyo. Military officers did not recognize this black woman as belonging to the elite group and tried to take her out of the line. The president assured her that she should let him know if something like that ever happened again.

It was an amazing moment for Dunnigan (1906-1983), the Washington, D.C., correspondent for the Associated Negro Press. All of her hard work and personal sacrifice was paying off. She was becoming a political insider in a Jim Crow country where most black women were working as domestics or schoolteachers. She wrote stories from Capitol Hill and the White House that were delivered via mail to hundreds of weekly Negro newspapers, as they were known then.

Dunnigan was the root of a very strong journalistic tree. She was followed by, and later partnered with, the Chicago Defender’s Ethel Payne (1911-1991), whose journalistic, activist and political careers in Chicago and Washington loomed so long and so large in 20th-century black American history that her stories (from working for A. Philip Randolph to meeting Winnie Mandela and her husband) really seem almost like fiction—virtually impossible for just one black woman to have experienced.

The two women’s contemporary counterpart, April Ryan of American Urban Radio Networks, continues this legacy, this historic, journalistic journey at the crossroads of race and power.

Consider us fortunate that all three women’s stories are being chronicled in books published this month: Alone Atop the Hill: The Autobiography of Alice Dunnigan, Pioneer of the National Black Press, edited by Carol McCabe Booker, being released Feb. 15; Eye on the Struggle: Ethel Payne, the First Lady of the Black Press, by James McGrath Morris, due out Feb. 17; andThe Presidency in Black and White: My Up-Close View of Three Presidents and Race in America, which April Ryan pens and is being published Feb. 15.

Combined, these books provide a fascinating timeline of history to enlighten a generation that takes it for granted that a black woman can be the most powerful media personality in the United States or a confidant to a sitting president and first lady. Dunnigan and Payne, the Jim Crow pioneers, could best be described as crosses between, say, the political reporter Nia-Malika Henderson and the advocate-broadcaster Tavis Smiley.

The two newspaper bureau chiefs were polite but hard-as-nails reporters who forced all men in Washington, D.C.—from Presidents Truman and Dwight D. Eisenhower on down—to respect them as first-rate journalists. (They also had many disputes with their black male bosses: Claude Barnett, who hired Dunnigan, and Louis Martin and John Sengstacke, who attempted, often in vain, to supervise the globe-trotting, independent Payne.)

April Ryan, a child of the civil rights movement that Payne and Dunnigan witnessed and wrote about firsthand, had a similar struggle for access, acceptance and respect when she became a White House correspondent in 1997, but the white political establishment now clearly knows the power of her national black radio outlet. While Payne openly defined herself as a nonobjective journalistic advocate (“I could not divorce myself from the heart of the problem, because I was part of the problem”), Ryan calls herself a “conduit” who can push race to the front of the president’s agenda just by asking him a question in front of television cameras.

So what is the role of a reporter representing a black audience on the Hill and in the White House, then and now? It’s asking questions that no one else will ask, as Payne did of President Dwight D. Eisenhower in 1954, when she asked when he would desegregate interstate travel. (Eisenhower’s angry answer generated national headlines: “The administration is trying to do what it thinks and believes to be decent and just in this country, and is not in the effort to support any particular or special group of any kind.”)

It’s deciding when to be openly angry and when to be quiet. It’s also, unfortunately or not, deciding when to be used by the White House or State Department when the powers that be need the attention of a black audience. The experiences of these three women mesh together, with time warping around them. For example, Ryan mentions her 1999 soul food sit-down with a select group of black journalists and President Bill Clinton. McGrath documents that Payne did the same thing with then-Vice President Richard M. Nixon and Pat Nixon in 1958.

The authors and editors tell the very specific stories reasonably well. As editor of Alone Atop the Hill, Carol McCabe Booker—the wife of Jet’s former Washington correspondent Simeon Booker, now 96, a contemporary of Dunnigan’s and Payne’s—machetes Dunnigan’s 1974 self-published book down to the adventure-filled bone. James McGrath Morris, Payne’s biographer, does a yeoman’s job of the tedious primary-source work. Morris collates Payne’s various library paper collections and an oral history into a story so powerful, it relegates Lois Lane to the cartoon character she is. But all too often he substitutes quotes from news clippings for a deeper historical analysis that could have contextualized Payne better; he seems to be in a rush to finish. Ryan seems to want a white audience to be comfortable purchasing and reading this book and, therefore, is (overly) objective and understanding, if not slightly sympathetic, to the presidents she has covered: Clinton, George W. Bush and Barack Obama.

These works are a fantastic prologue for study of black-oriented journalistic work in Washington, D.C. As Ryan’s career shows, black-owned-and-operated media maintain an important presence on the Hill and in the White House press corps. The work has not stopped and will continue into the future.

This trio of Ryan, Payne and Dunnigan span almost two-thirds of a century, from the mid-20th century to early-21st-century black America. Those in permanent love with the sociohistorical setting of the politics of Capitol Hill and the White House will find their stories required reading, as will serious historians of black American media.

But perhaps the most important audience for these books is young black women who want, as their employment, the ability to question high authority—those who are not afraid to step into the spotlight and fight for inclusion in Washington’s boys club on their own terms as independent African Americans.

Todd Steven Burroughs, an independent researcher and writer based in Hyattsville, Md., is the author of Son-Shine on Cracked Sidewalks, an audiobook on Amiri Baraka and Ras Baraka through the eyes of the 2014 Newark, N.J., mayoral campaign. He is the co-editor, along with Jared Ball, of A Lie of Reinvention: Correcting Manning Marable’s Malcolm X and the co-author, with Herb Boyd, of Civil Rights: Yesterday & Today.