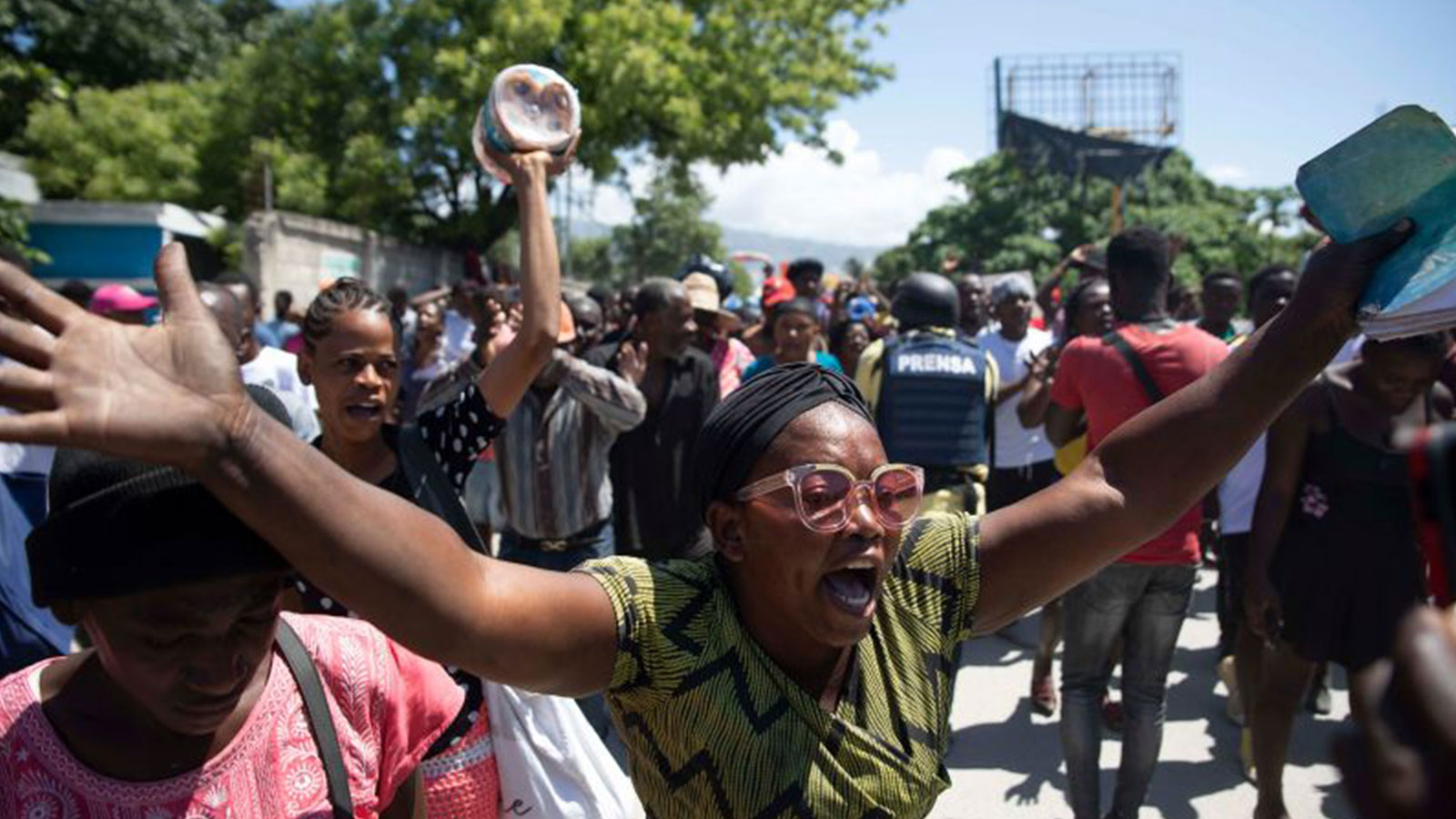 Surging gang violence in Haiti’s capital has left nearly 200 people dead and thousands displaced in the last month alone, according to a United Nations Office for the Coordination of Humanitarian Affairs (OCHA) report.

Heavily armed rival gangs began clashing and seizing territory in Port-au-Prince with new intensity in late April, forcing more than 16,800 people, including children, to abandon their homes and shelter in temporary accommodation. The flare in violence has spilled into dozens of neighborhoods, with hundreds of families caught in the crossfire.

At least 92 of the 188 people reportedly killed between April 24 and May 26 were non-gang members, with another 113 people injured, 12 missing and 49 kidnapped for ransom, according to OCHA.

But given the restricted access to the districts where territorial clashes are ongoing, the office warned the number of people killed could be much higher.

The intensity and duration of the violence has wracked the country as it is still reeling from the assassination of President Jovenel Moïse last July, and the power vacuum his killing has left behind. The UN Security Council, meanwhile, is preparing to debate the future of the UN’s longtime presence in Haiti, leaving a question mark over its mandate in the country.

“Armed violence has reached unimaginable and intolerable levels in Haiti,” UN High Commissioner for Human Rights Michelle Bachelet said earlier this month, urging the Haitian authorities to restore the rule of law and calling on the international community to redouble its efforts to prevent the situation from “spiraling out of control.”

Officials say that the scale of the gang violence has reached unprecedented levels. Testimonies collected and cited by Bachelet included beheadings, chopping and burning of bodies, and the killing of minors accused of being informants for rival gangs.

Gangs have also gang-raped children as young as 10, a tactic used to punish people living in areas under rival control, Bachelet said.

The clashes have forced 11 medical centers and at least 442 schools to close – with some burned down and burgled. They have also blocked the two main national roads connecting the capital to the rest of the country, restricting the movement of people and goods.

OCHA said that while the violence appeared to have subsided in the last few days, the situation still remained “highly volatile.”

The Haitian Prime Minister’s Office and Haiti’s Police did not respond to CNN’s request for comment. However, Prime Minister Henry has repeatedly said that his government is working to create security in the country.

Haiti has been in turmoil for years, but the violence escalated dramatically since Moïse’s assassination on July 7, 2021.

Moïse’s killing plummeted the country into political chaos, with opposition groups refusing to recognize the appointment of the current Prime Minister, Ariel Henry. Henry had promised a quick transition of power and elections once he took office on July 20 last year, but has been unable to reach a political deal for the transition or a timeline for elections.

In addition to the security situation and political crisis, Haiti is also suffering from high inflation levels and food insecurity, with one in five children in the neighborhood of Cité Soleil, near Port-au-Prince, under the age of 5 suffering from acute malnutrition, according to the UN.