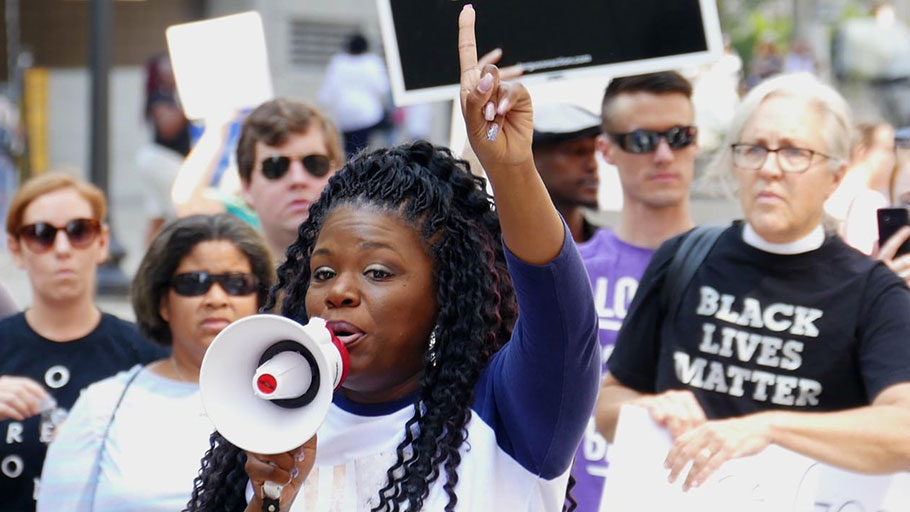 The next Ocasio-Cortez: will these candidates pull Democrats to the left?

You Are Here: Home » Blog » News & Current Affairs » The next Ocasio-Cortez: will these candidates pull Democrats to the left?

Cori Bush is running for Congress in Missouri, aiming to defeat a lawmaker who has served in the House for 17 years. Photograph: Richard Reilly

The New York activist’s upset primary victory has fueled hopes – and boosted funding – for progressives in Democratic races across the US.

By Adam Gabbatt, The Guardian —

One day in mid-June, Cori Bush, a nurse and activist mounting a progressive primary challenge against a well-established Democratic congressman in Missouri, took a look at her fundraising totals.

She had raised $9 during the previous 24 hours.

On the evening of 26 June, when Alexandria Ocasio-Cortez defeated the Democratic incumbent Joe Crowley in her own congressional primary in New York, Bush looked again. She had raised $2,000 in three hours. On 27 June, when Ocasio-Cortez mentioned Bush in a tweet, she raised $8,000.

“When Alex won, that changed everything,” Bush said.

“First of all, it gave us a new boost and it helped to revitalize us, and then immediately that national attention came to the race.”

The victory of Alexandria Ocasio-Cortez, a 28-year-old former Bernie Sanders surrogate, over Crowley, the 10-term Democrat who had been tipped as the next minority leader of the House, sparked a heated debate about the direction of the Democratic party. Ocasio-Cortez has since shot to national prominence, calling for single-payer healthcare, the abolishing of the immigration enforcement agency, Ice, and campaigning alongside Sanders for candidates across the country.

On 21 July, Ocasio-Cortez will appear with Bush at a rally in St Louis. As Bush looks to topple Lacy Clay, who has served in the House of Representatives for 17 years, she says one of the most important things Ocasio-Cortez has done is prove it’s possible for a progressive newcomer to beat an established opponent.

‘This is the beginning’: Alexandria Ocasio-Cortez’s victory speech – video

“By having her here, it will show people locally that this can happen here,” Bush said.

“They will see that this thing wasn’t just lightning striking. This is a movement that’s happening because people are tired and they’re ready for good clean politics that just addresses people’s needs.”

There’s evidence that the wave of candidates campaigning for office from the left – kicked off by Sanders’ 2016 presidential campaign and buoyed by the rallies, marches and local activism that have since spread across the country – is already having an impact, driving the Democrats’ policy agenda leftward.

A single-payer healthcare bill released by Sanders in the Senate in late 2017 now has the backing of a third of Senate Democrats, including several regularly touted as 2020 presidential candidates like Kamala Harris, Kirsten Gillibrand and Cory Booker. When Sanders introduced the same bill in 2012, it had just one signature: his own.

“It’s like a litmus test now for Democrats,” said Linsey Fagan. She’s running for Congress in Texas against Republican Michael Burgess, who has served since 2003. 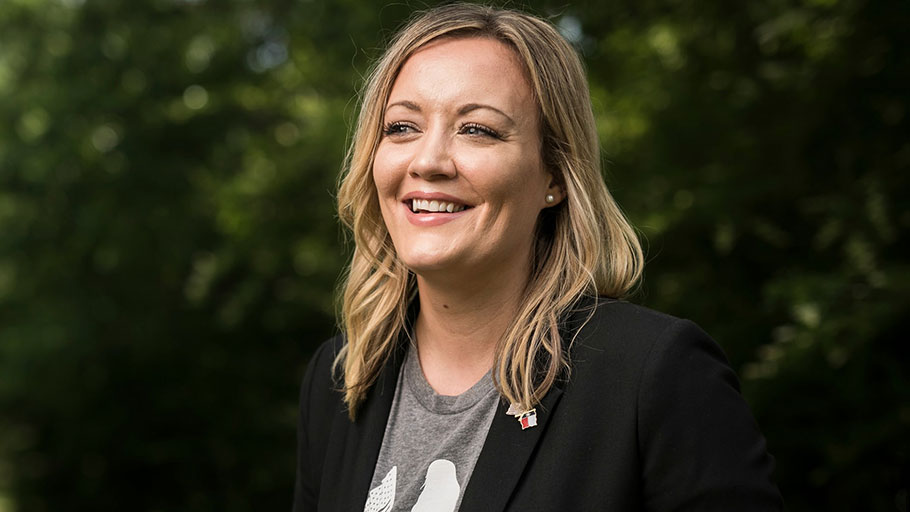 Despite running in a deeply red district, Fagan, a single mother who points to her help from government programs like Women, Infants and Children, which provides supplemental food and healthcare to low-income mothers as well as grants for students, said she had received support from some Trump voters.

“But they got the wrong sort of change. They want change that’s positive and unifying.”

Fagan, Bush and Ocasio-Cortez know each other well. Each is supported by Brand New Congress, a progressive organization that endorses and provides administrative support to political hopefuls who run on Sanders-esque platforms. The group hosts knowledge-sharing events among candidates, each of whom pledges not to accept corporate backing, and it hopes to elect progressives to US office from across the country.

But not everyone believes that the Democratic party, or the population, is ready for progressive ideas. Two days after Ocasio-Cortez’s win, the House minority leader, Nancy Pelosi, dismissed the victory as “a choice [voters] made in one district” and pinpointed New York’s progressive politics as a local factor with little national significance.

“It is not to be viewed as something that stands for anything else,” Pelosi said.

Several progressive candidates have faced resistance from established Democrats. Alessandra Biaggi, running in the Democratic primary for a Bronx seat in the New York state senate, said she had been repeatedly told to pipe down.

“I’ve been told: ‘It’s not really the time to be running against the Democrats,’” said Biaggi, who is running against Jeff Klein, who until recently led New York’s Independent Democratic Conference: a group of Democrats who voted with Republicans. 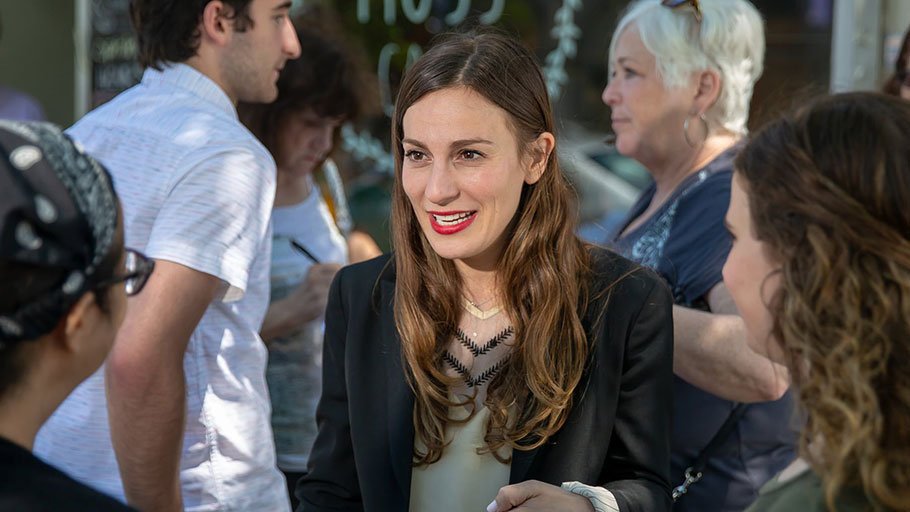 “And what they meant was: ‘How dare you? Who do you think you are running against someone who is one of the political bosses in New York?’” Biaggi said.

“Because I’m a first time candidate and he has basically earned his stripes.”

Faced with resistance from the party establishment, some on the left have called for a third party to be formed. In 2017, a group of activists launched a bid to “Draft Bernie for a People’s Party” which aimed to “channel the enthusiasm generated by the Sanders campaign into building a new political party”, although the move failed to catch on . That was a good thing, said Sam Rosenfeld, assistant professor of political science at Colgate University and author of The Polarizers: Postwar Architects of Our Partisan Era, because the best way for the left to change the Democratic party was from the inside.

“There’s a robust history of that kind of activism and that kind of dissatisfaction with the party establishment elites in the Democratic party that has led to meaningful change over time,” Rosenfeld said.

He pointed to how northern, liberal Democrats had managed to change the party in the 1960s, eventually disempowering, and alienating, the white southern “Dixiecrat” voters and laying the path for the Democratic party to become more liberal than the Republicans.

The way Ocasio-Cortez and other members of Congress could start to move the party was to form a voting bloc which could threaten to vote against Democratic proposals unless it got progressive concessions, Rosenfeld said.

“Generally speaking, working within existing political institutions in the American system has very permeable influence of all parties. And so for ideological activists, there’s a lot of room for success if you stay engaged within those parties.”

It’s been proven to work on the opposite side of the aisle. The Tea Party-inspired Freedom Caucus, a Republican voting bloc, managed to derail Trump’s American Health Care Act in 2017, arguing it didn’t cut enough from Obama’s Affordable Care Act. It offers hope for the left to effect their own agenda.

“We wholeheartedly believe in what we say and people are realizing that we’re speaking to them,” said Cori Bush, who will face Clay in Missouri on 7 August.