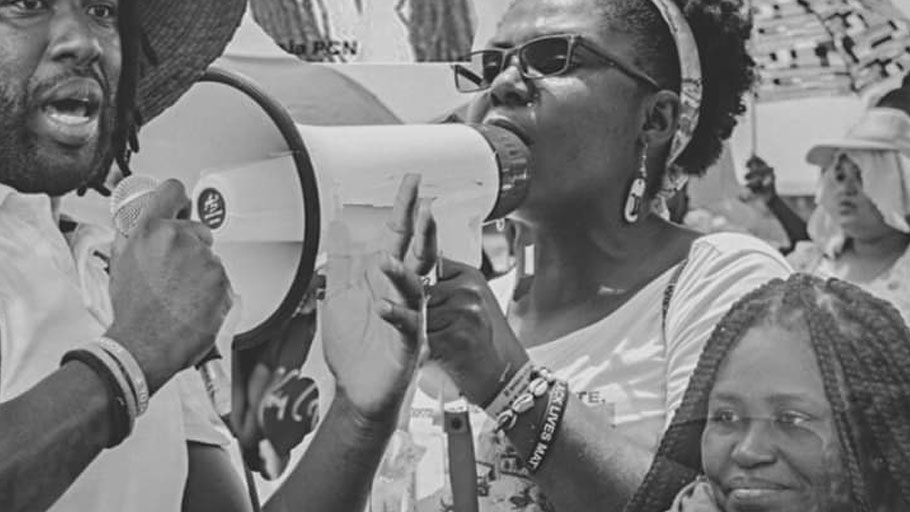 Santander de Quilichao, Colombia — At approximately 5:30 pm, we, human rights leaders and defenders of ethnic and territorial rights of the Association of Community Councils of Norte del Cauca—ACONC and the Process of Black Communities—PCN and the Association of Black Women of Norte del Cauca—ASOM, were victims of an attack with firearms and grenades at the hands of four unknown men, three of which carried out the attack while one remained as backup. After the attack two of them left in a motorcycle and two others remained on foot on the main road towards Santander de Quilichao.

The events took place in the midst of a meeting that was being held at La Trinidad, an estate in the locality of Lomitas in the municipality of Santander de Quilichao in preparation for the meeting scheduled to take place with the government on May 8, 2019 to finalize the agreements reached earlier this year on April 11 at the minga held in the southwestern Colombia in defense of life, peace and democracy.

Two bodyguards were injured during the attack; one was part of the collective protection corps for ACONC, the other was an individual’s guard, while more than 25 people who were present at the meeting, including two minors and two international attendees were emotionally and psychologically affected. We could verify the existence of three government checkpoints, the closest of which was approximately 10 km from where the meeting was being held along the road that runs between Timba and Santander de Quilichao, two of these are temporary police checkpoints while one is a permanent army checkpoint located in the community of Timba.

We express our outrage at this attempted massacre, which compromises the fundamental rights to life, participation, and social protest and protection. Given these events, we urgently demand that the following people immediately attend to the situation: Minister of Interior Ms Nancy Patricia Gutiérrez, Minister of Defense Mr. Lorenzo Guillermo Botero Nieto, Director of National Protection Unit Mr. Diego Fernando Mora Arango, Attorney General Mr. Néstor Humberto Martínez, Ombudsman Carlos Alberto Negret and to the Committee for the Evaluation of Risk and Recommended Measures CERREM.

In the same way we demand that the Colombian Government establish the necessary guarantees to protect the fundamental rights to life, participation and social protest. We demand that the attorney general’s office begin investigations in order to clarify the events and arrest the perpetrators at all levels. Similarly, we request accompaniment by multilateral human rights organizations, and accompaniment and oversight by the offices of the general attorney, the ombudsman, and the ethnic attorney’s office. 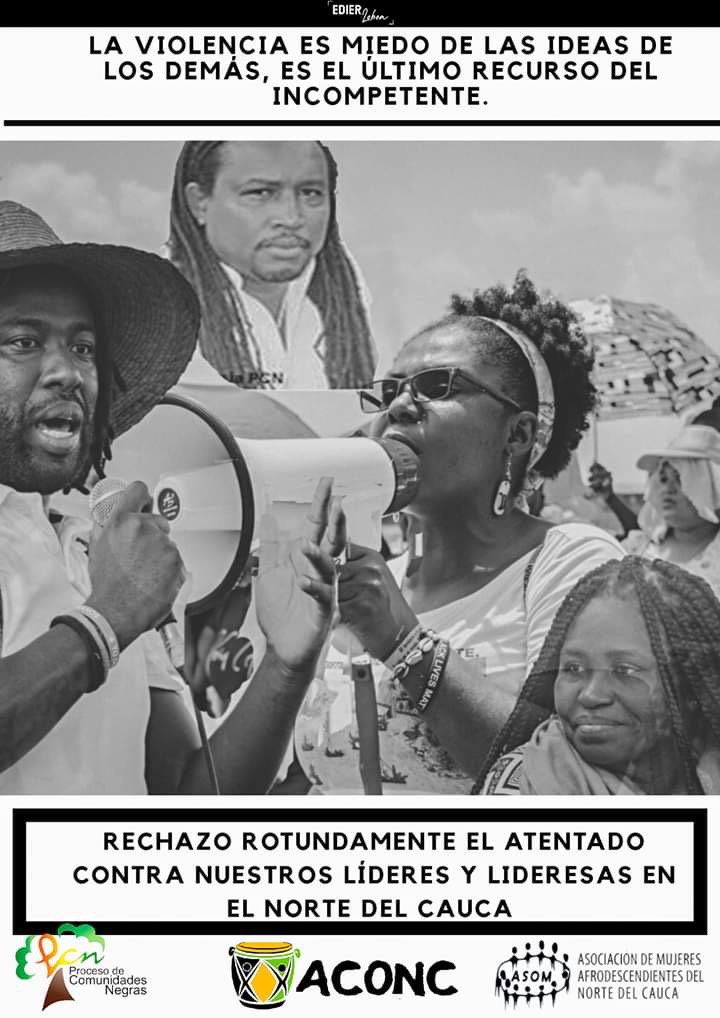 Translation: Violence is fear of the ideas of others, it is the last resort of the incompetent. I reject categorically the attack against our leaders in Norte Del Cauca.