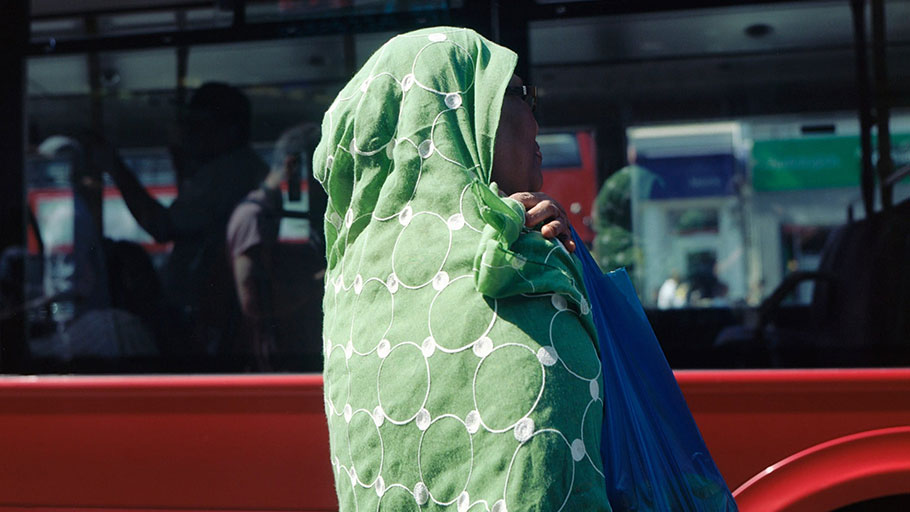 After she marries Prince Harry, the royal family will look a bit more like modern Britain.

By Karla Adam and William Booth, The Washington Post —

LONDON — Jean Carter had never bothered to come out for a royal appearance before. But when Prince Harry and his fiancee, Meghan Markle, made a visit to Brixton this year, Carter bought a bouquet and weathered a chilly afternoon waiting for a glimpse of the couple.

Carter was glad to see Harry, the happy-go-lucky, ginger-bearded son of the late Princess Diana. As an immigrant from Jamaica, though, Carter, 72, really wanted to lay eyes on Markle, a biracial American actress who is the subject of deep fascination here.

Multiethnic Brixton is South London’s hub for a founding generation of Afro-Caribbean immigrants. It’s a crossroad so central to the story of the African diaspora that local historians call the neighborhood — with its jerk chicken grills, reggae dance halls and vibrant mural scene — the black capital of Europe. When South African President Nelson Mandela came to Britain in 1996 he went to Buckingham Palace — and Brixton.

Carter characterized the royal couple’s visit to the neighborhood as “a big statement.”

But what exactly will it mean to have a biracial member of the monarchy after Prince Harry and Markle exchange vows on May 19? 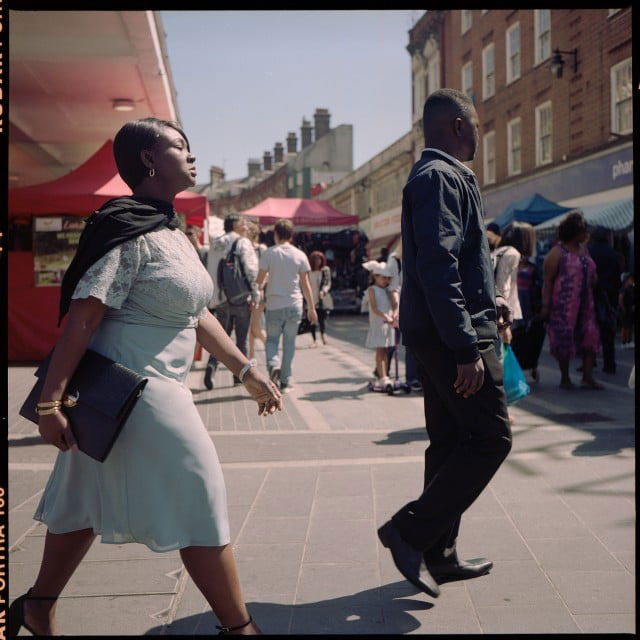 Brixton, a multiethnic neighborhood in South London, is known as the black capital of Europe.

Mixed-race British royals are rare enough that one must travel far back in time, to before the American Revolution, to find a candidate for comparison: Some historians believe Queen Charlotte, wife of George III, was of African descent.

For many British blacks, it’s worth celebrating that the family that symbolizes Britishness will look a bit more like modern Britain, especially its capital city, which has experienced soaring rates of interracial marriage.

But the American black experience is very different from the British one. People here say a lone biracial royal-by-marriage — even if she’s unusually outspoken — may have a muted impact at a time when immigration is such a toxic issue and even legal Caribbean immigrants have been made to feel unwelcome.

Afua Hirsch, author of “Brit(ish): On Race, Identity and Belonging,” is keen to see what Markle does and how her arrival in Kensington Palace might change society.

As an all-white dynasty, the royal family “influences perceptions of Britishness as white identity,” Hirsch said. But having a senior member who is visibly of color will “change the subconscious messaging about what it means to be British.”

It’s not just Markle’s ethnicity — it’s the way that she owns it, Hirsch said.

“I think that’s because she’s American,” she said. “I think that’s a really refreshing message. People will notice that you can be a person with a different identity, with different cultural and ethnic heritage, and you can be in a senior position in the establishment and you don’t have to ignore or downplay it.” 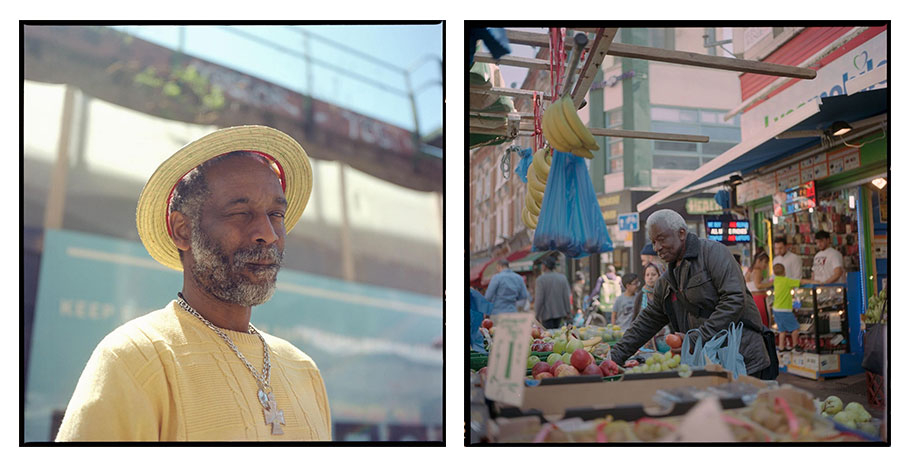 For many reasons, race is not talked about as openly in Britain as it is in the United States.

And when race does emerge, the tone of the conversation can sound strange to American ears, as in the Daily Mail headline: “Now that’s upwardly mobile! How in 150 years, Meghan Markle’s family went from cotton slaves to royalty via freedom in the U.S. Civil War . . . ”

Britons discuss “immigration” as a proxy for race, said Nels Abbey, a former columnist for the Voice, Britain’s black newspaper, and co-author of an upcoming book, “Think Like a White Man.”

Markle, by contrast, has been candid.

Writing in Elle magazine in 2016, she recalled being confused as a young girl about whether to tick the “white” or “black” box on a form. She described not being deemed black enough for black acting roles or white enough for white roles. Her mother, Doria Ragland, is black, and her father, Thomas Markle, is white.

“While my mixed heritage may have created a grey area surrounding my self-identification, keeping me with a foot on both sides of the fence, I have come to embrace that,” she wrote. “To say who I am, to share where I’m from, to voice my pride in being a strong, confident mixed-race woman.”

Prince Harry, too, has been atypically frank in her defense. An extraordinary palace statement in November 2016 condemned media coverage of their fledgling relationship, the “racial undertones” of opinion pieces and “the outright sexism and racism of social media trolls and web article comments.”

Such commentary has continued at a low boil. This year, the leader of the U.K. Independence Party, which played a pivotal role winning the vote for Britain to leave the European Union, came under fire — and ultimately lost his job — after his girlfriend sent text messages saying that black people were “ugly” and that Markle would “taint” the royal family. 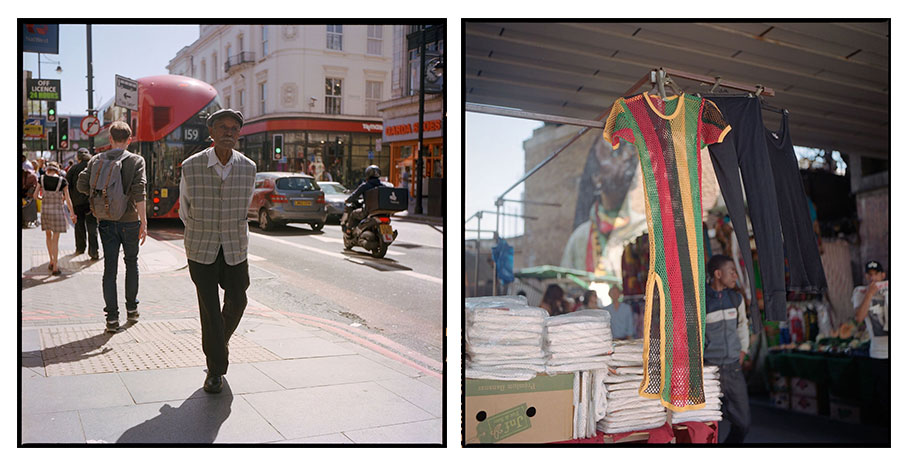 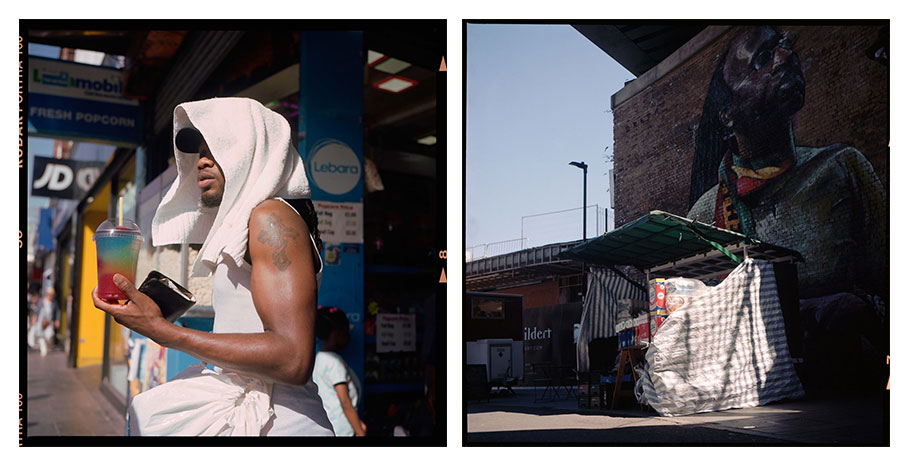 After Prince Harry recently was appointed Commonwealth youth ambassador, he revealed “the woman that I am about to marry” will be joining him in his new job. The Commonwealth, headed by the prince’s grandmother, Queen Elizabeth II, includes 53 nations that were once part of the British Empire, including Canada and Australia, India and Pakistan, and dozens of countries in Africa and the Caribbean.

It is possible that the couple’s roles will go global — and bolster not only the House of Windsor brand abroad, but Britain’s soft power diplomacy, goodwill being in short supply these days.

As for Britain, Markle will find differences. The United Kingdom is 87 percent white. Blacks are about 3 percent of the population, according to census counts, compared with more than 13 percent in the United States. Britain was a slave-trading nation and built its colonial economy on slave labor and subjugation. But unlike the American South and the Caribbean islands, the farms of England were not tilled by black slaves. Most black British families date their arrival here from the 1950s onward.

Britain didn’t have the same kind of civil rights movement that America did. Segregation wasn’t enshrined in the law as it was in the United States. When riots erupted in Brixton in the 1980s, it was because Britain was experiencing a sort of Black Lives Matter movement, with black residents objecting to being unfairly targeted and harshly treated by police.

Today, many blacks in Britain are part of, or descended from, the Windrush generation — Commonwealth citizens from the Caribbean who were welcomed to England to help rebuild the country and fill a massive labor shortage in the decades after World War II.

In recent years, as Britain has sought to crack down on illegal immigration, Windrush migrants who couldn’t provide all the paperwork to prove they were in the country legally have lost jobs, been denied health services and in some cases been threatened with deportation.

Paul Reid, director of the Black Cultural Archives, located on Brixton’s Windrush Square, said that the jury is still out on Markle. She’ll be judged by her actions.

“Does she help bring about change?” Reid said. “We’re not silly anymore. There was a time when we would have rolled out the red carpet. ‘Isn’t it amazing! Can I get a selfie?’ ”

Reid said that now, especially after the Windrush scandals, “you have to demonstrate that you stand for something.” 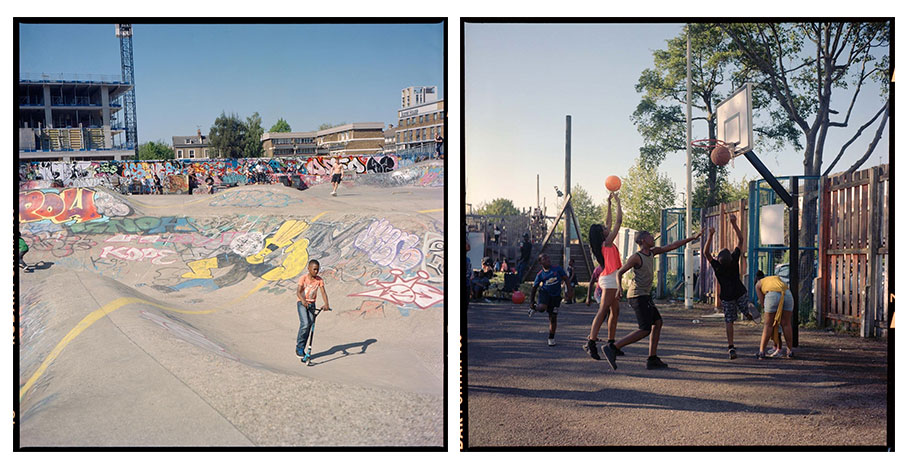 A boy rides his scooter and teenagers play basketball at Brixton parks.

L.B. Brown, a 52-year-old activist and office manager, is willing to give Markle the benefit of the doubt. “She’s beautiful, genuine, refreshing,” Brown said. “What I like about her is I feel she’s going to bring a new vibrancy. They aren’t going to do normal establishment, staying in the parameters, they are going to do stuff.”

Case in point, Brown said, is that a prominent British rapper has been rumored to be performing on May 19. “You have the prospect of [grime musician] Stormzy coming to your wedding,” Brown said. “I mean, come on!”

Merle Mitchell, a 57-year-old nurse who was strolling through one of Brixton’s street markets, said she wasn’t a royalist, but Markle might change her feelings about the monarchy — not because of her race, but because of her activism.

Mitchell said that there hasn’t been anyone in the palace that black women can point to and say “that person looks like me.”

She said, “We need a bit of color in the royal family.” 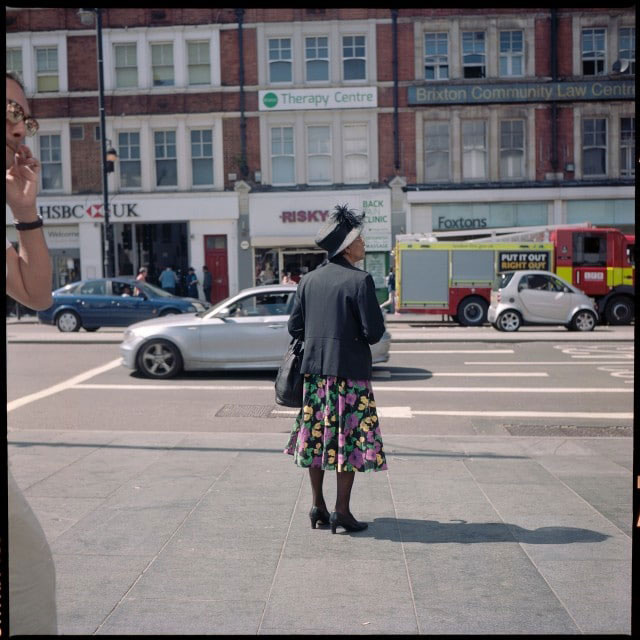 A woman waits for a bus in Brixton.