What Would Malcolm X Think?

You Are Here: Home » Blog » News & Current Affairs » What Would Malcolm X Think? 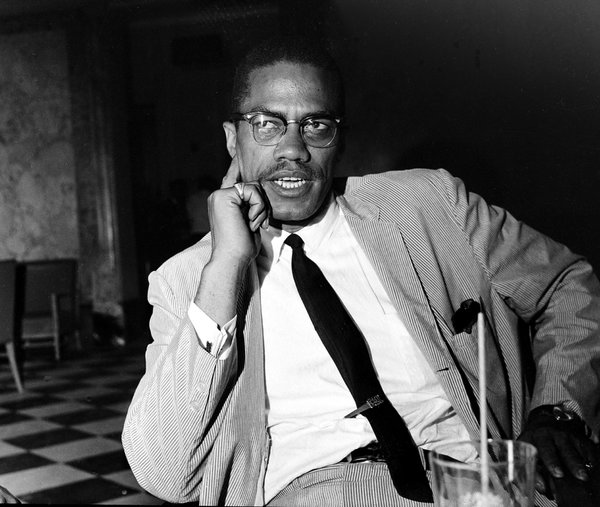 NEW ROCHELLE, N.Y. — FIFTY years ago today my father, Malcolm X, was assassinated while speaking at the Audubon Ballroom in New York City. I think about him every day, but even more in the last year, with the renewed spirit of civil rights activism after the tragic events in Ferguson, Mo., on Staten Island and in countless other parts of the country. What would he have to say about it?

People still look to Malcolm as a model for strident activism. They lament the lack of such a prominent, resonant voice in the modern dialogue about race.

But they might not like some of the critical things he would have to say about the strategies of today’s activists.

Of course, my father would be heartened by the youth-led movement taking place across the nation, and abroad, in response to institutional brutality. And he would appreciate the protesters’ fervor and skillful use of social media to rapidly organize, galvanize and educate. In a sense, his ability to boil down hard truths into strong statements and catchy phrases presaged our era of hashtag activism.

But he would be the first to say that slogans aren’t action. They amount to nothing but a complaint filed against a system that does not care. In his speeches, he did not simply cry “Inequality!” — he demanded justice, and he laid out the steps necessary to achieve it.

He counseled smart action to circumvent the inevitable consequences of systemic injustice. When he spoke about “the ballot or the bullet,” America sat up and took notice as he articulated the searing reality that, if not granted the right to participate in the system, black citizens would have no recourse but to fight. The long-suppressed fury that was beginning to boil over in black communities lent credence to this warning. And when voting rights laws and practices changed, it was in no small part because of powerful white Americans’ fear of what could happen if they failed to act.

He would also critique the activists’ rhetoric itself. I imagine he would applaud the “Hands Up” gesture for its sheer dramatic effect, but also critique it as rank capitulation that ironically accommodates the very goal of police brutality — to intimidate and immobilize black citizens, forcing them into a defenseless posture if they hope to survive. He’d agree that “Black Lives Matter,” indeed — but also note that the uniformed police officers who disagree are not likely to be persuaded by a hashtag.

Above all, he would bemoan the lack of sustained, targeted activism. Yes, there are many people continuing the hard work that began after Ferguson. But far too many have moved on. Today when people speak about how we must fight racism, the “threat” feels empty. We have softened to the point of apathy, and everyone is so easily distracted from activism by pop culture and high-tech consumerism. How can we expect change when no one feels accountable to provide justice — including grand juries and district attorneys?

My father was never one to criticize without also offering a solution. First, he would challenge today’s young protesters to draw upon the nation’s rich history of activism and to appreciate better the contributions of those who have gone before them. What worked in Selma, in Chicago, in Watts — and what didn’t? As it is, today’s protesters often act like they are starting from square one. This disconnect cannot be dismissed as the hubris of youth; it is a symptom of our failure to teach this generation about black history and the way our economic and social systems actually function.

In that same vein, he would demand that today’s activists use that wisdom to fight the impulse of the news media and white America to explain away activism as irrational, temporary or pointlessly violent. In his day, Malcolm stepped to the microphone and proclaimed that all the race riots, upheaval and violence that the white world abhorred amounted to “chickens coming home to roost.” After Ferguson, we had plenty of news coverage denouncing the riots, but few people explaining where the impulse to riot comes from.

He would also recognize that while some things have not changed in 50 years — like police brutality — many have. Minorities have greater access to the system. We have the ability to become law officers and judges, and the ability to register and vote. He would encourage activists to take advantage of this access, to take power inside the system as well as outside it.
Voting, for example, is both action and speech. So is local organizing that emphasizes educational access, economic opportunities and political engagement. Grass-roots work is not flashy, and rarely celebrated on the national media level, but that is where change begins.

Finally, he would emphasize that he was never one man acting alone. Malcolm didn’t create black anger with his speeches — he organized and gave direction to it. A modern hero alone won’t bring us a magic solution. The key to creating change is a critical mass of ready and angry people whose passion doesn’t ebb and flow with the news cycle.

We have been shaken by the deaths of Eric Garner, Michael Brown, Trayvon Martin and Tamir Rice — shaken, but not sufficiently unsettled. We must contextualize those losses, force our neighbors to become so deeply disturbed by what has occurred that they, too, are inspired to act to change the system.

If my father were alive today, he would be humbled as a new generation emerges, yet again inspired, in part, by his life and words. He would advocate alongside them. But he would encourage them to follow his lead and never take the path of least resistance.

Ilyasah Shabazz is the author of the young adult novel “X,” written with Kekla Magoon.

A version of this op-ed appears in print on February 21, 2015, on page A19 of the New York edition with the headline: What Would Malcolm X Think?.