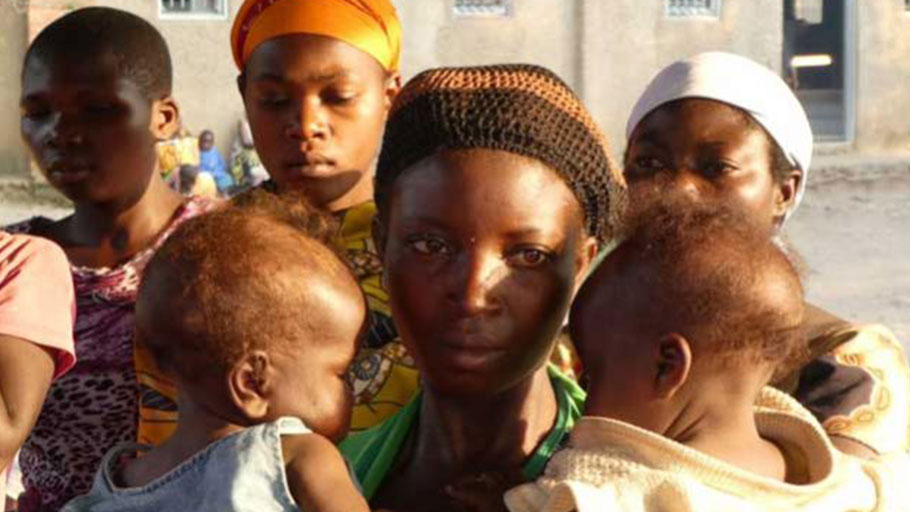 Jan 11 2018 (IOM) – Women have borne and continue to bear a disproportionate amount of the suffering caused by two decades of conflict in North Kivu in the Democratic Republic of the Congo (DRC).

Women, separated from their husbands by the conflict, end up being the sole breadwinners for their families, while also carrying out other necessary tasks, such as, fetching water and firewood, preparing food and raising children.

Many militia fighters prefer soft civilian targets to other armed men. In order to reach safety, women are forced to cover long distances on foot-many whilst pregnant or nursing a baby.

Women and girls are far more likely to suffer sexual violence although there are also cases of male victims. Sexual violence in the region often takes extreme forms and frequently damages both the reproductive organs and the excretory system, leading to urinary and/or faecal incontinence. It is often perpetrated by armed men and many rapes involve numerous assailants with the victims sometimes dying from their injuries. Since some rapist believe that raping an old woman absorbs her wisdom or that the man who rapes a baby purifies himself or rids himself of disease,the victims can range in age from a few months to 80 years old.

In the DRC, if a man knows his wife or partner has been raped he will normally reject her. Her own family will often also reject her. This means that even when treatment is available many rape victims hesitate to access it for fear of becoming social outcasts.

Here are the stories of five women displaced by a flare up of fighting between Mai-Mai Mazembe and Nyatura, rival militias from two different ethnic groups.

*Names have been changed to protect identity

“It was in April. Four of them showed up at the house — men I had never seen before, armed with machetes. It was when I was pregnant,” she recounted in a whisper.

“Two of them raped me in front of my children. But they didn’t touch the children. My husband wasn’t around. I don’t know what has become of him,” she went on, huddled under a blue cotton shawl.

“I was able to deliver a healthy baby,” Catherine added. In a region where rapes often involve penetration with a fire arm or a sharpened stick, giving rise to serious health problems and seriously endangering any pregnancy already underway, Catherine realizes she was lucky.

“After that we ran away – me and my two children and my neighbour and her six children. We walked for three days before reaching the main road and there we were lucky – there was a UN force convoy going by and they brought us all here. I was wandering the streets as I didn’t know where to go with the children when this lady said we could stay with her. She’s been very good to us,” she continued, her sunken cheeks drenched in sweat. She has been confined to bed for a month with malaria and has lost about half her body weight, lacking the money to go and get treatment.

“If I find my husband I won’t tell him about the rape and the children are too small to tell him.” 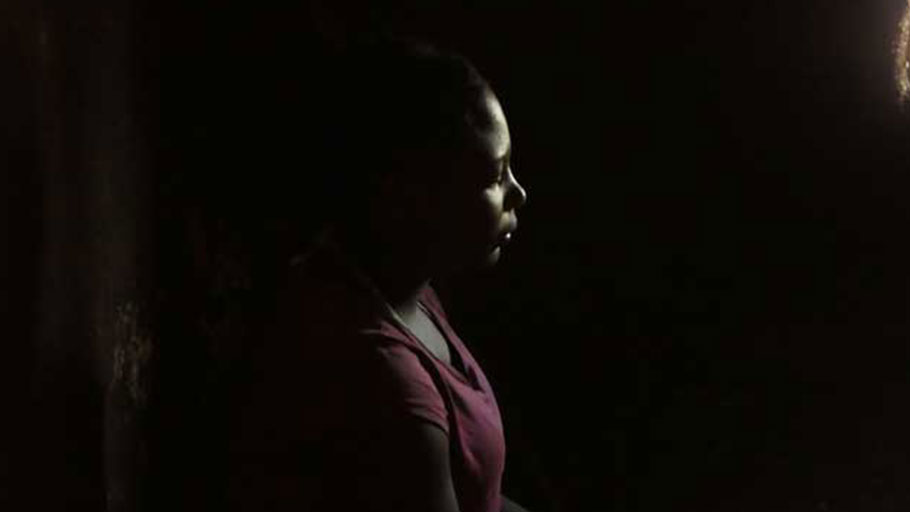 “I’m 14… They found me in tears and half naked and they carried me here.”

Mariya, a 14-year-old orphan, recounted how she was in the fields with a neighbour and another girl of her own age, when she was attacked.

“When we saw them coming we started to run. The other two managed to get away but I tripped and they caught me.”

“There were three of them and two raped me,” she recounted in a matter-of-fact tone.

“Then four men came past and they found me on the ground half naked and crying,” and they carried me here.” She said that she had received appropriate medical care on her arrival. To her frustration though, she has not been able to go back to school as she does not have the few dollars that that would cost.

She feels an overwhelming sense of relief that only two other women and a doctor know that she was raped.

She insists that her rapists were just common criminals rather than members of an armed group but in the region distinguishing between the two can be difficult. 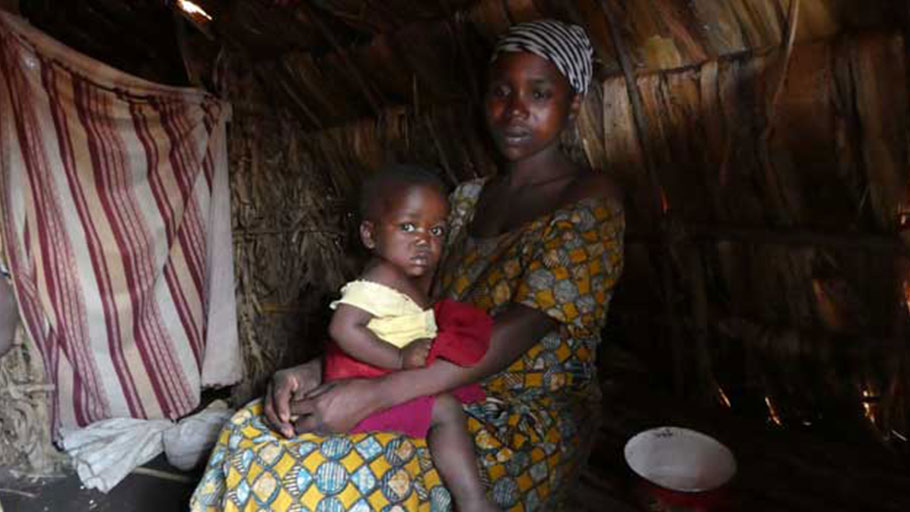 “I have only the clothes you see me wearing.”

Léonie Shukuru, a 30-year-old mother of five, like many Congolese women, can neither read nor write. “I can count though,” she said, before breaking into laughter as the only thing she has to count are the small green bananas she is skilfully peeling and throwing into the family’s only cooking pot. She quit school in the third year of primary so one of her little brothers could continue his studies.

The family’s banana-leaf hut in the camp in Rukoro has two narrow beds made of branches and twigs. She sleeps on one with her two youngest children, little Divine and Alice, the baby at her breast. The other bed is shared by her other daughter Myriam and Myriam’s two brothers Amos and Caleb, who have gone out in search of firewood. She had to get rid of the leaves the children used as bedding as they were infested with insects that bit the children. When it rains none of them get any sleep as water trickles into the hut through the walls and the roof.

The family has no soap and only the clothes they are wearing. “My only clothes are the ones you see on me,” she confided. When I have to wash them, I have nothing to cover myself with so I wait for it to get dark and then I wash them here inside the hut.”

She dreads getting her period because since she no longer has any cloth to cut up to serve as a re-usable sanitary pad, the blood trickles down her legs.

Her children are playful and smiling but their bellies are swollen. She says this is because the family’s only food are the small green bananas known locally as “deprets”. Normally reserved for making banana beer,this variety of banana is harmful when consumed as food. Boiled in water with a pinch of salt they have little taste but the overwhelming advantage of costing virtually nothing.

Shukuru and her children fled their home in Mutanda in Bwito sector in 2016 after what she describes as a sudden deterioration in the security situation amid a climate or threats directed at and abuses against people from her ethnic group.

“People started saying: ‘There goes a Hutu. What a stink,’” she recalled, insisting that the different communities had been cohabiting peacefully for years.

“One Sunday they distributed pamphlets saying that Hutu were no longer welcome in the region. I thought it was a joke but the next day they came to burn our huts down. We ran away, but when we stopped to look back we saw that our hut was among the ones going up in flames. Nine people were killed that day, among them my uncle’s wife. The Red Cross came to collect the bodies and bury them. We fled, carrying nothing,” she explained.

She has had no news of her husband, Elie, since the family’s flight.

“My husband was abducted. We have not heard from him since.” 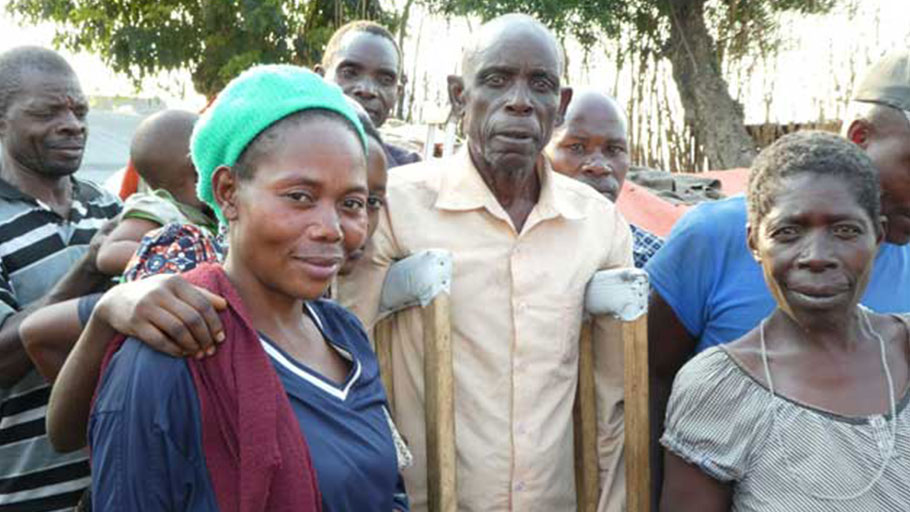 Twice the mother of twins, Nsimire Riziki now has nine children and, since her husband’s abduction has found herself alone with the mat the spontaneous displacement camp in Kiwanja Parish. Her husband, who, like her, originally comes from South Kivu, was abducted in Kishishe in 2016.

Nsimire describes the family’s living conditions as “very tough”, but makes the best of it. Her hut is so small that the four oldest children sleep outside and she squashes up with the little ones. Visitors inside the hut have to crouch on the stones that make up the hearth.

A green woolly hat hides her unkempt hair. She and her two oldest children – twins of 15 – regularly get work as day labourers in the fields at Kiseguro, a day’s walk away. If all three work a seven-hour shift that starts early in the morning they can earn a total of two dollars a day and are given rations of beans. The younger children, too small to get paid for working in the fields, collect firewood that they sell in town. 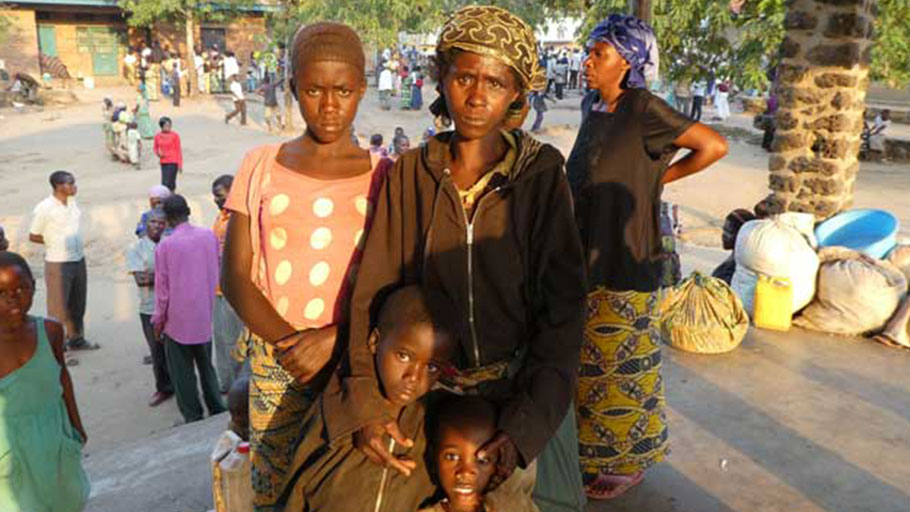 “My husband and my son had their throats cut. As for me, they tied me up and said they’d be back later to slit my throat.”

Wimana Nyirarwimo, her eyes all reddened and covered in dust from her three-day trek, staggered into the camp in Kiwanja, followed by two small children and her teenage daughter, who was clutching the family’s only possession – an empty jerry can.

Four days earlier she had found her husband and her eldest son in the fields with their throats cut.

“They had gone out in search of food. When I saw they hadn’t come back I went out to look for them,” she explained, apparently still in a state of shock. “I found them with their throats cut near to our field. I’d been gathering taros but when I saw them I dropped all the taros. I was standing looking at the bodies when the killers came back.

They tied me up and they said: ‘You stay there. We’ll be back to slit your throat later’.

There was a woman hiding not far from there who saw what happened and the woman had a knife. When the men went away she cut me free. I took the kids and at four in the morning we made a run for it.”

All of the women interviewed had been producing enough food to feed their families and make ends meet before they were displaced by the conflict. Deprived of their land, the vast majority of them are forced to find casual labour on someone else’s land. Their vulnerability is in many cases compounded by having lost – through death or temporary separation – the other adult in the household.

All of the mothers voiced the concern that their children were going hungry and would get sick.

“I already left the hospital once without paying. If one of my kids gets sick again now, all I’ll be able to do is sit here and watch them die,” said Léonie Shukuru.

IOM, the UN Migration Agency, launched an appeal for funding to support its humanitarian work in the DRC throughout 2018. You can find out more here. 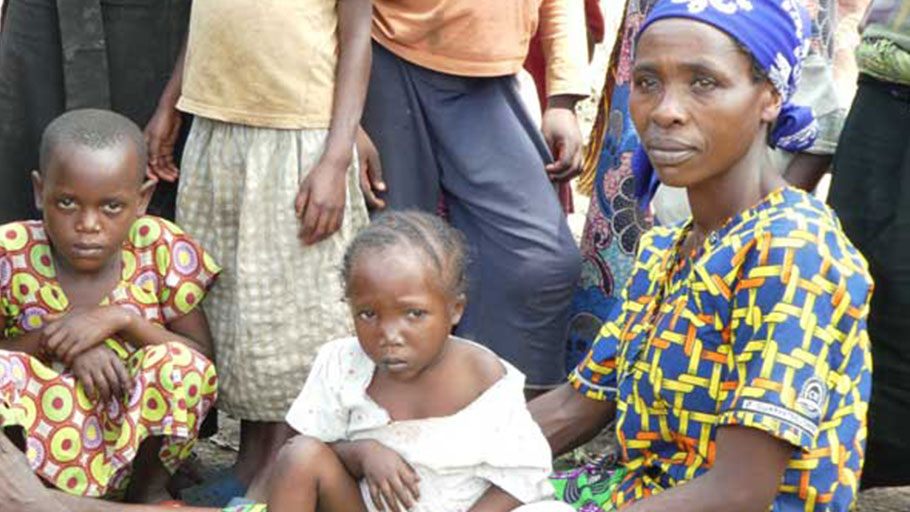 A displaced woman sits with her children