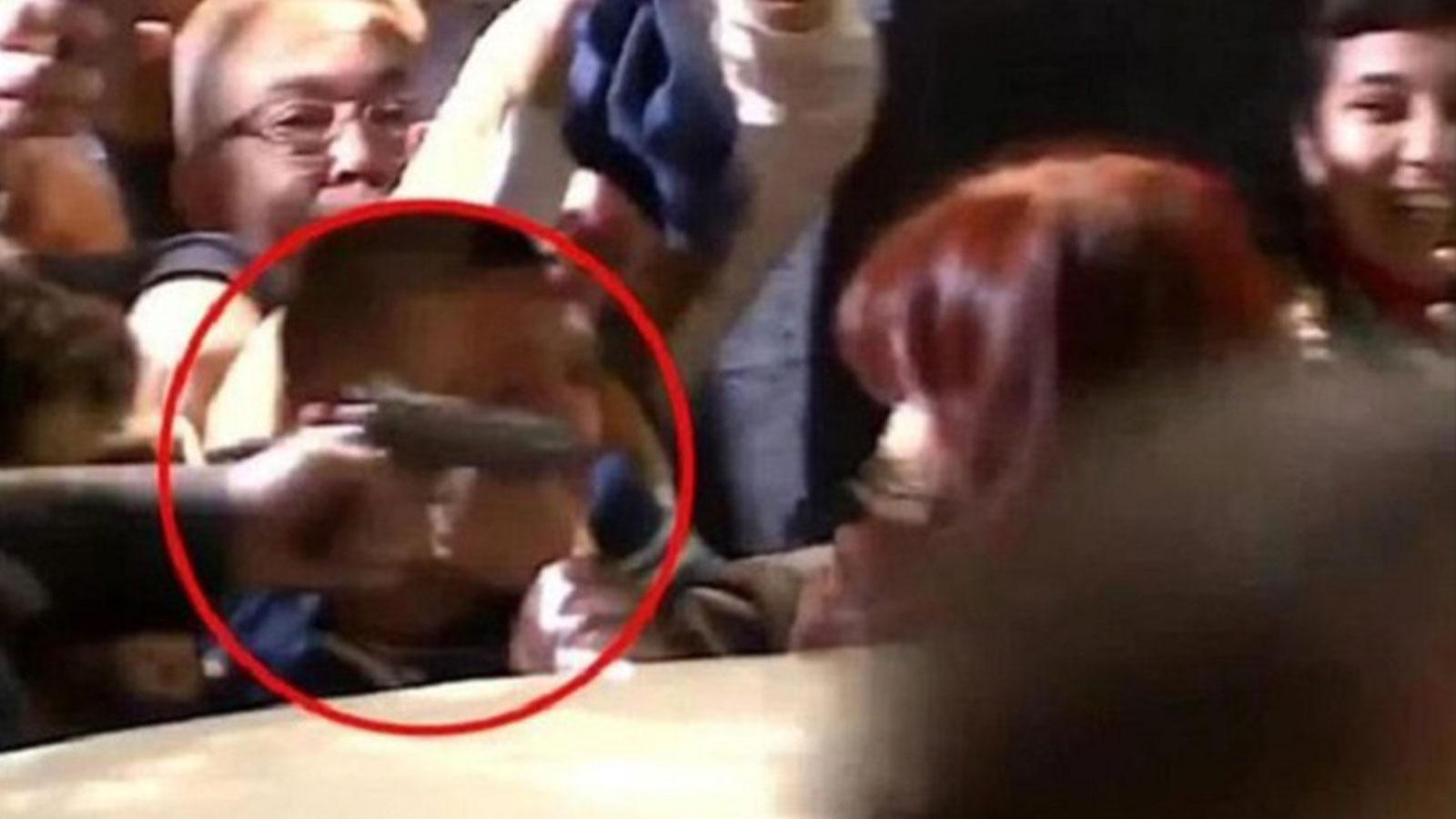 “These are the last blows of the Imperialist right, which resorts to judicial persecution, coup d’états, and assassinations to preserve the hegemony it has lost,” Evo Morales said.

On Thursday night, a Brazilian man attempted to assassinate Argentina’s Vice President Cristina Fernandez-Kirchner as she was entering her residence in the La Recoleta neighborhood of Buenos Aires, where hundreds of her supporters have stood vigil since August 22, rejecting the judicial persecution against the Peronist leader.

A few minutes later, President Alberto Fernandez condemned the attempted assassination and described it as the “most serious event that has happened” since the return to democracy in 1983. Below are the reactions of other international leaders.

The attacker points his gun at the head of Cristina Fernandez, Sept. 1, 2022. | Photo: Twitter/ @Xolulo1

BOLIVIA: “We emphatically repudiate the attempt on the life of sister Cristina Fernandez-Kirchner. From the Bolivian Plurinational State, we send all our support to her, her family, and the Argentine government and people. Everyone with Cristina,” President Luis Arce tweeted.

Former President Evo Morales blamed the Argentine right for the attack and warned that “when they fail in their judicial-political war (‘lawfare’), they resort to discrediting through social networks or physical elimination, as in the case of sister Cristina.”

“These are the last blows of the Imperialist right, which resorts to judicial persecution, coup d’états, and assassinations to preserve the hegemony it has lost,” he added.

COLOMBIA: “The attack on Cristina Fernandez is the result of sectarianism that turns into violence. It has become a Latin American practice to think that politics is the physical or legal elimination of the adversary. Such a practice is pure fascism. Politics must be freedom” , President Gustavo Petro tweeted.

CUBA: President Miguel Diaz-Canel assured that all members of his administration feel “dismayed by the assassination attempt” and sent their solidarity to the Argentine vice president, government and people.

The Cuban revolution’s historical leader Raul Castro sent his solidarity to Fernandez-Kirchner, adding that he was happy because she came out of that “reprehensible act” unscathed.

The gunman who tried to kill Argentina’s left-wing Vice President Cristina Kirchner, Fernando Sabag Montiel, has a neo-Nazi black sun tattoo on his elbow (like many Ukrainian Nazis in Azov)

ECUADOR: President Guillermo Lasso condemned the attempted attack on the Argentine Vice President and expressed solidarity with President Alberto Fernandez’s administration. “We believe in democracy and peace. We reject hatred and violence,” he said.

MEXICO: “I want to express my strong condemnation of the failed attack on Argentine Vice President Cristina Fernandez-Kirchner. The fact was unfortunate and reprehensible but at the same time miraculous, because Cristina is fine,” President Andres Manuel Lopez Obrador (AMLO) said on Friday.

The Mexican President mentioned that he sent a letter to President Alberto Fernandez reiterating his support for Cristina Fernandez, for whom a judge requested a 12-year prison sentence for alleged corruption.

Alberto is “acting very well in defending Cristina… you should never abandon a companion of thought and struggle even if there are discrepancies… It would be a serious mistake to think that the true adversaries, the conservatives, mean something good for our peoples,” AMLO pointed out.

PARAGUAY: “We stand in solidarity with the Argentine Republic in the face of the assassination attempt against its Vice President Cristina Fernandez. We join all the voices that repudiate violence and demand justice”, President Abdo Benitez tweeted.

For its part, the Guasu Front, a leftist coalition led by former president Fernando Lugo, expressed its greatest solidarity with Fernandez-Kirchner and the Argentine government.

The tweet reads, “Hundreds of people are gathering in Avellanedas’ Alsina Square to take part in the march that will leave from Mayo Square in repudiation of the attack against Cristina Fernandez-Kirchner.”

RUSSIA: On Friday, the Kremlin condemned the assassination attempt against the Argentine vice president and welcomed the fact that she was unharmed. “Thank God, there was no tragedy,” said Dmitri Peskov, the spokesman for the Russian presidency.

URUGUAY: “Violence can never ever be tolerated under any circumstances. My solidarity with Cristina Fernandez and all the Argentine people,” President Luis Lacalle Pou tweeted.

The Broad Front, a coalition of leftist organizations that governed Uruguay from 2005 to 2020, issued a statement condemning the assassination attempt.

“We urge our brother Argentine people to reject all manifestations of intolerance and hatred as well as to defend with conviction, firmness, and serenity the mutual respect and peaceful coexistence which are essential for the full validity of democracy,” the Broad Front said

VATICAN: “Having received the worrying news of the attack that your Excellency suffered yesterday afternoon, I wish to express my solidarity and closeness to you at this delicate moment,” said Pope Francis, who also advocated that peace prevail in his country, Argentina.

“I pray that in the beloved Argentina social harmony and respect for democratic values always prevail, against all kinds of violence and aggression,” he added.