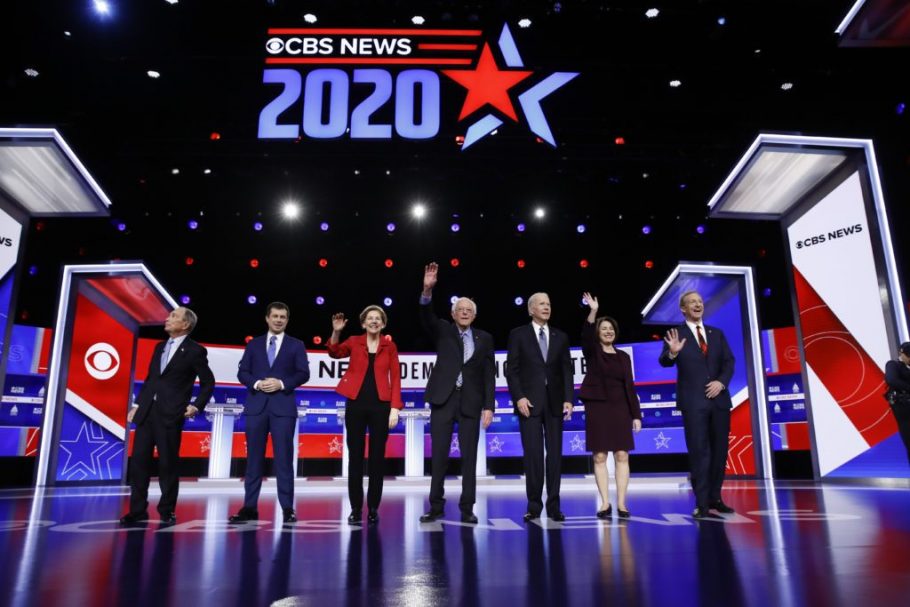 The topic of reparations was discussed heavily during the Democratic primary presidential race in 2019. The HR 40 bill, which seeks to create a commission to study reparations and develop proposals for its implementation, also gained more traction than it had since it was first introduced by late Congressman Rep. John Conyers in 1989.

Here are 25 democrat quotes on reparations for Black America.

1. “I believe right now, today, we have a historic opportunity to break the silence, to speak to the ugly past and talk constructively about how we will move this nation forward.” – Cory Booker

2. “We must confront the dark history of slavery and government-sanctioned discrimination in this country that has had many consequences including undermining the ability of Black families to build wealth in America for generations.” – Elizabeth Warren

3. “I think that right now our job is to address the crises facing the American people in our communities, and I think there are better ways to do that than just writing out a check.” –Bernie Sanders

4. “When you are talking about the years and years and years of trauma that were experienced because of slavery, because of Jim Crow and because of all that we have seen in terms of institutional and legal discrimination and racism, this is very real and it needs to be studied and we need to look at exactly how the response should be played out.” -Kamala Harris

5. “I fear that reparations would be an excuse for some to say ‘we’ve paid our debt’ and to avoid the much harder work of enforcing our anti-discrimination laws in employment and housing; the much harder work of making sure that our schools are not separate and unequal; the much harder work of providing job training programs and rehabilitating young men coming out of prison every year; and the much harder work of lifting 37 million Americans of all races out of poverty. These challenges will not go away with reparations. So while I applaud and agree with the underlying sentiment of recognizing the continued legacy of slavery, I would prefer to focus on the issues that will directly address these problems — and building a consensus to do just that.” -Barack Obama

6. “Slavery is a stain on America & we need to address it head on. I believe it’s time to start a national, full-blown conversation about reparations. I support the bill in the House to support a congressional panel of experts so that our nation can do what’s right & begin to heal.” -Elizabeth Warren

7. “I think we should start studying what investments we need to make in communities to help individuals and families and communities move forward. And I am absolutely committed to that. There are some good ideas out there. There’s an idea in the Congressional Black Caucus about really targeting federal dollars to communities that have had either disinvestment or no investment and have had years of being below the poverty level. That’s the kind of thing I’d like us to focus on and really help lift people up.” -Hillary Clinton

8. “No I don’t think so. First of all its likelihood of it getting through our Congress is null. Second of all I think it would be very divisive … I think what we should be talking about is making massive investments.” -Bernie Sanders.

9. “As you probably are aware, Congresswoman Sheila Jackson Lee has legislation to study this issue, and I support that. [It’s] one of the things that we can do not only just in terms of trying to make up for a horrible, sinful thing that happened in our country in terms of slavery, but for our country to live up to who we think we are.” -Nancy Pelosi

10. “The answer is it depends on what it was and will it include Native Americans as well.” -Joe Biden

11. “African Americans were largely carved out of the New Deal. So, you had the Depression and a response to it, but a response to it that only applied to some Americans, not all Americans in certain instances.” -Hakeem Jeffries

12. “If you did the math of the 40 acres and a mule [promise to formerly enslaved farmers] … today it would be trillions of dollars … anything less than $100 billion is an insult, and I think that $200 to 500 billion is politically feasible today.” -Marianne Williamson

14. “Since slavery in this country, we have had overt policies fueled by white supremacy and racism that have oppressed African-Americans economically for generations. This bill is a way of addressing head-on the persistence of racism, white supremacy, and implicit racial bias in our country.” -Cory Booker on Senate Bill he introduced to study reparations

16. “I understand why. I also understand the wound that it opens and the trials and tribulations it’s going to bring about. Some things are just better left alone and I think (reparations) that’s one of those things.” –Dianne Feinstein

17. “This is a major blemish on American democracy that has lasted for over 100 years now. It’s not going to change and we have to learn from it and I think we have.” -Dianne Feinstein

18. “We need to recognize that when it comes to the economic gap between blacks and whites in America, it does come from a great injustice that has never been dealt with.” – Marianne Williamson

19. “I benefit from a system that my ancestors built to favor themselves at the expense of others. That only increases the urgency I feel to help change this country so that it works for those who have been locked out of — or locked up in — this system.” -Beto O’Rourke

20. “Something wrong happened. I am for reparations to African Americans in this country, and anyone who thinks that racism is a thing of the past and not an ongoing problem is not dealing with reality.” -Tom Steyer