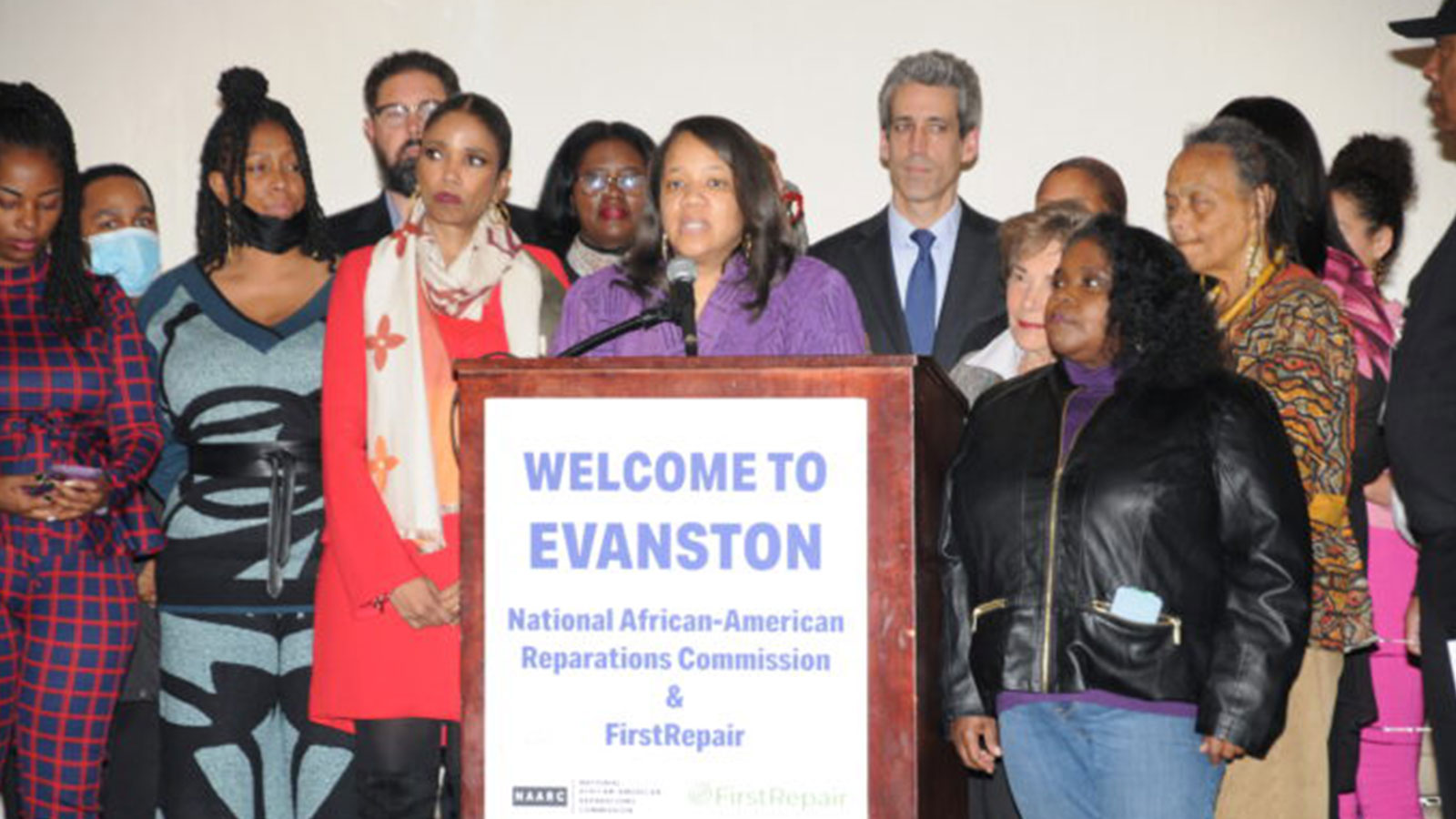 Add it up! Taking bold action in the reparations fight for Black people

You Are Here: Home » Blog » Reparations » Add it up! Taking bold action in the reparations fight for Black people

“We have 122 who are in cue to receive their reparations benefit once the money is available,” said current Evanston fifth ward Alderman Bobby Burns.

Evanston made major headlines in 2019 when then-fifth ward Alderman Robin Rue Simmons pushed the demand for reparations with a clear plan to repair the damage done to its Black residents.

At that time, the Evanston City Council approved a measure in November sponsored by Alderman Simmons to direct the first $10 million over 10 years in tax revenue from recreational marijuana sales to a reparations fund. There has been a delay in the allocation of funds because the marijuana industry has not thrived as city officials thought it would. So, they made an adjustment.

“We recently passed an amendment to the budget that would set aside a portion of our real estate transfer tax, that we believe will pull in about a million dollars a year. So total, we’re looking at over the next 20 years, $20 million that we can put toward any reparations program,” Ald. Burns explained.

Following the headlines in 2019, phone calls poured in from people wanting to know the “road to reparations.” Simmons decided not to run for reelection in 2021, but instead, founded First Repair, a solution-oriented organization that pushes the reparations movement forward.

“I launched First Repair so that I could solely be available to fight and work and lift up our people in the case for reparations,” she told The Final Callin a phone interview Dec. 8 while she was in Switzerland with 600 global Black leaders on a four-day inaugural convening for a permanent forum at the United Nations.

Dr. Daniels, along with Ms. Simmons, hosted the Second Annual Local Reparations Symposium that provided updates to the reparations movement on both a local and national level during the three-day event. 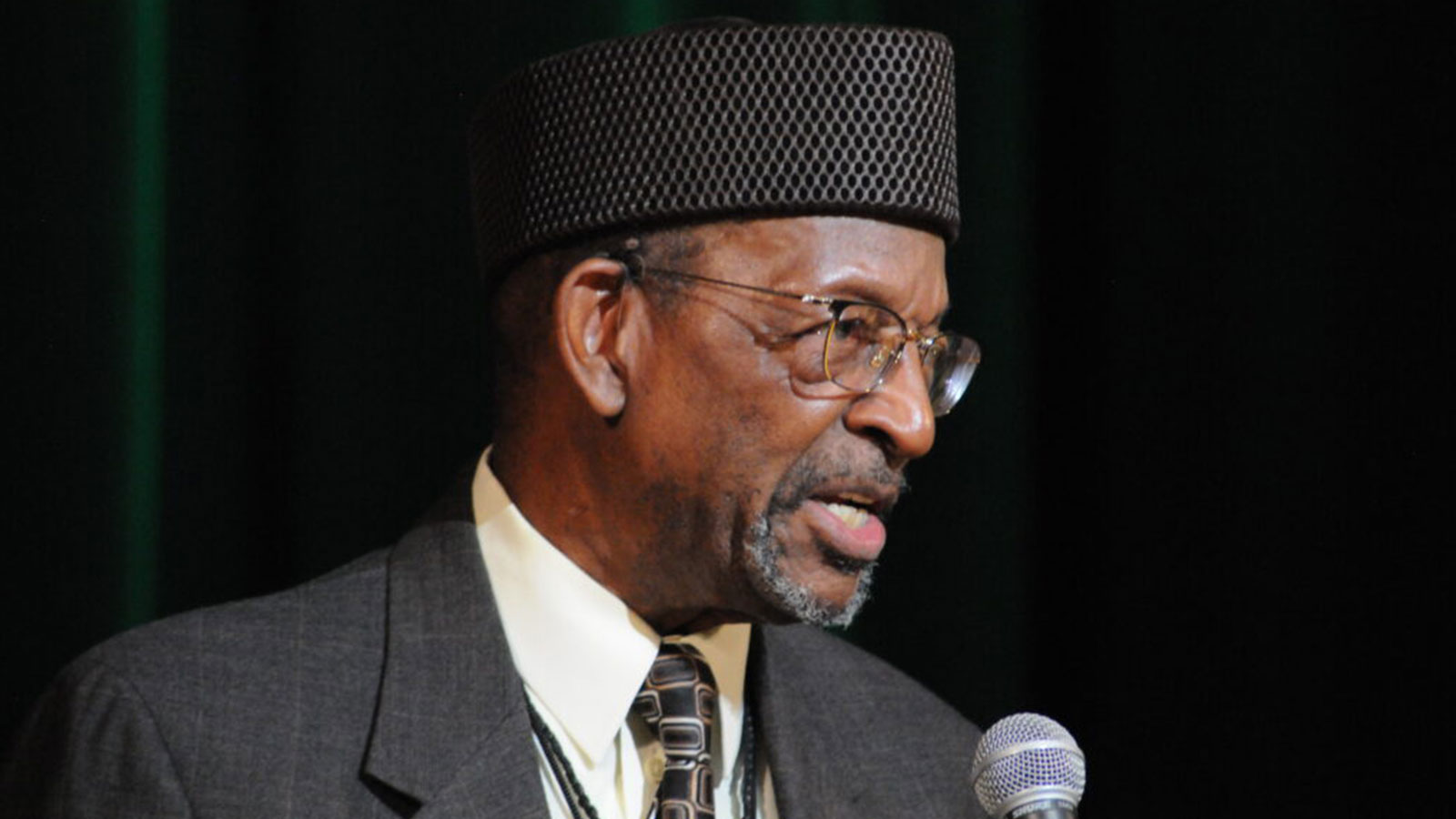 “Where there is harm, it should be repaired. … I want for once, an acceptance of the history for the journey that African Americans have taken to be an accepted reality in America. Not out of anger but out of how we come together to resolute what happened,” said Rep. Lee during the news conferences. Rep. Lee has championed the reparations bill after the passing of U.S. Congressman John Conyers (D-Mich.) who first introduced the bill in 1989.

“H.R. 40 is 38 years on the books waiting for someone to say ‘yes.’ Today we ask, with no apologies, for an executive order to be in place,” said Rep. Lee.

Rep. Lee also urged the public to learn more about reparations and to help advocate for it. “Use your new tools of communication to indicate to the White House the mass enormity of support that comes from a wide variety of groups and others,” she said. She also encouraged modern “teach-ins” to educate the public about H.R. 40 so they can understand not only its impact but also how it will be implemented. 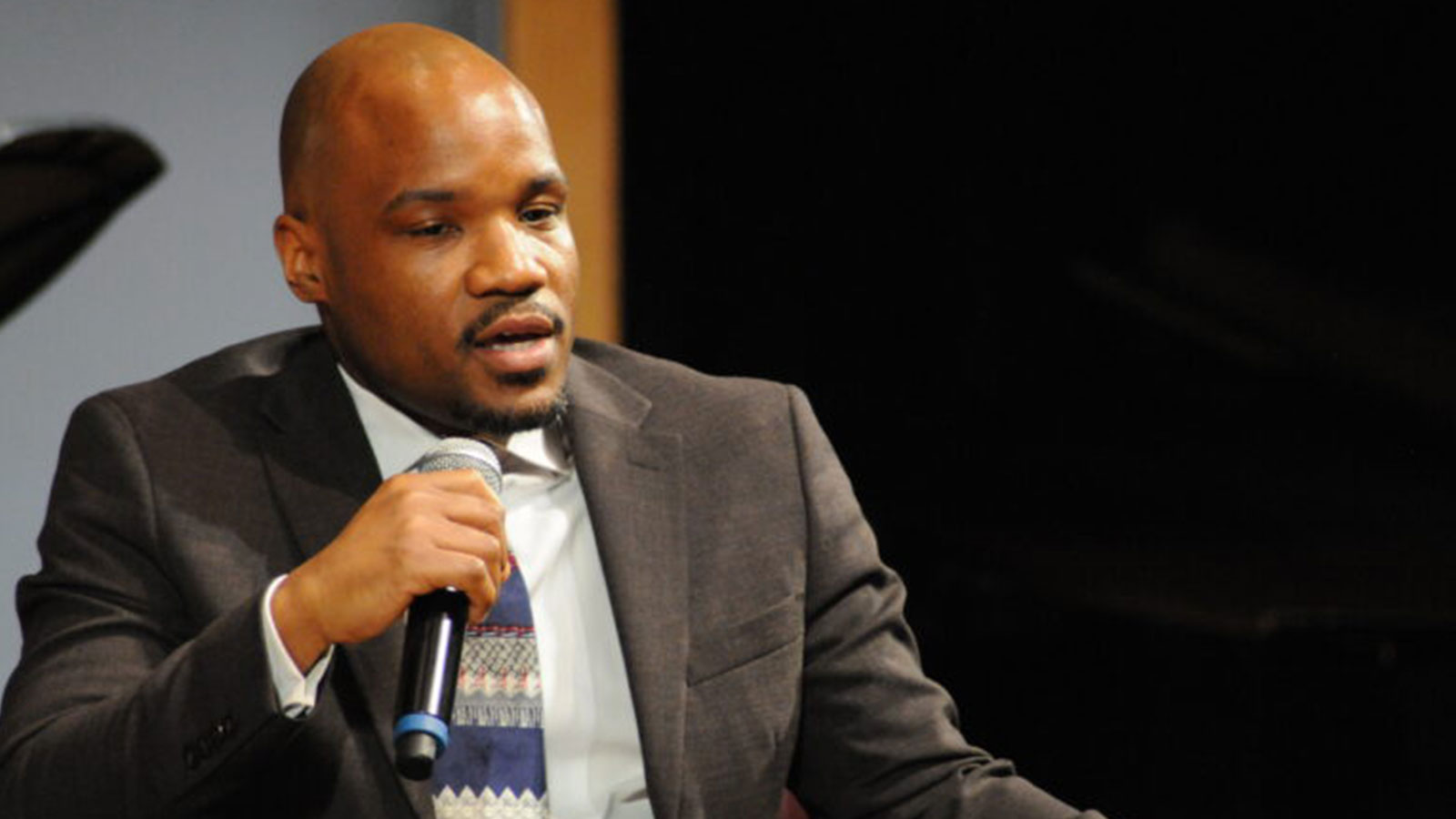 “I don’t care at this point. We, too, are Americans—and there is a wrong that has been done to Black people. We can document it in so many ways. And President Biden has an opportunity to be the transformative president to not only embrace this but to begin to actualize it. Executive Order H.R. 40 would turn the legislation into a reality, at least in the short run. And we are all encouraging him to do that,” she added.

Civil Rights attorney and CNN legal analyst Areva Martin explained how while Palm Springs, California, was promoting an image of Hollywood luxury in the 1950s and ’60s and marketing itself as the playground for the rich and famous, it was using “fear, intimation and fire” to expel the Black and Mexican Americans—who built the city—from their homes.

“The city hired contractors to bulldoze houses oftentimes with the personal belongings of the families inside and then they sent the Palm Springs Fire Department to burn the homes of these families,” Atty. Martin said. “An economic preliminary harm assessment estimates that the harm to these families ranges between $400 million and $2 billion.”

While Atty. Martin is working for reparations for the former residents of Palm Springs, the Reparations Task Force in California has been focused on a statewide program. Based on the findings from an interim report, the Task Force announced an estimated $200,000 each may be owed to its Black residents for enduring the lasting impacts of racism and slavery.

“This interim report draws a through-line from enslavement to the present showing that we have been dealing with unmitigated racial trauma and harm. There has been no moment of relief from this. It has been ongoing. All it has done is mutated across time,” said Dr. Cheryl Grills, NAARC member and Professor of Psychology at Loyola Marymount University who is a commissioner on the Task Force.

“Enslavement was a foundation of this nation’s growth, and that’s something we cannot deny. And in the immediate period, past enslavement, reconstruction, there were efforts made to compensate enslaved people. Right some of the wrongs—General Sherman’s 40 acres and a mule, the Freedmen’s Bureau—all those things were attempts to make it right. None of them succeeded,” Dr. Malveaux said. 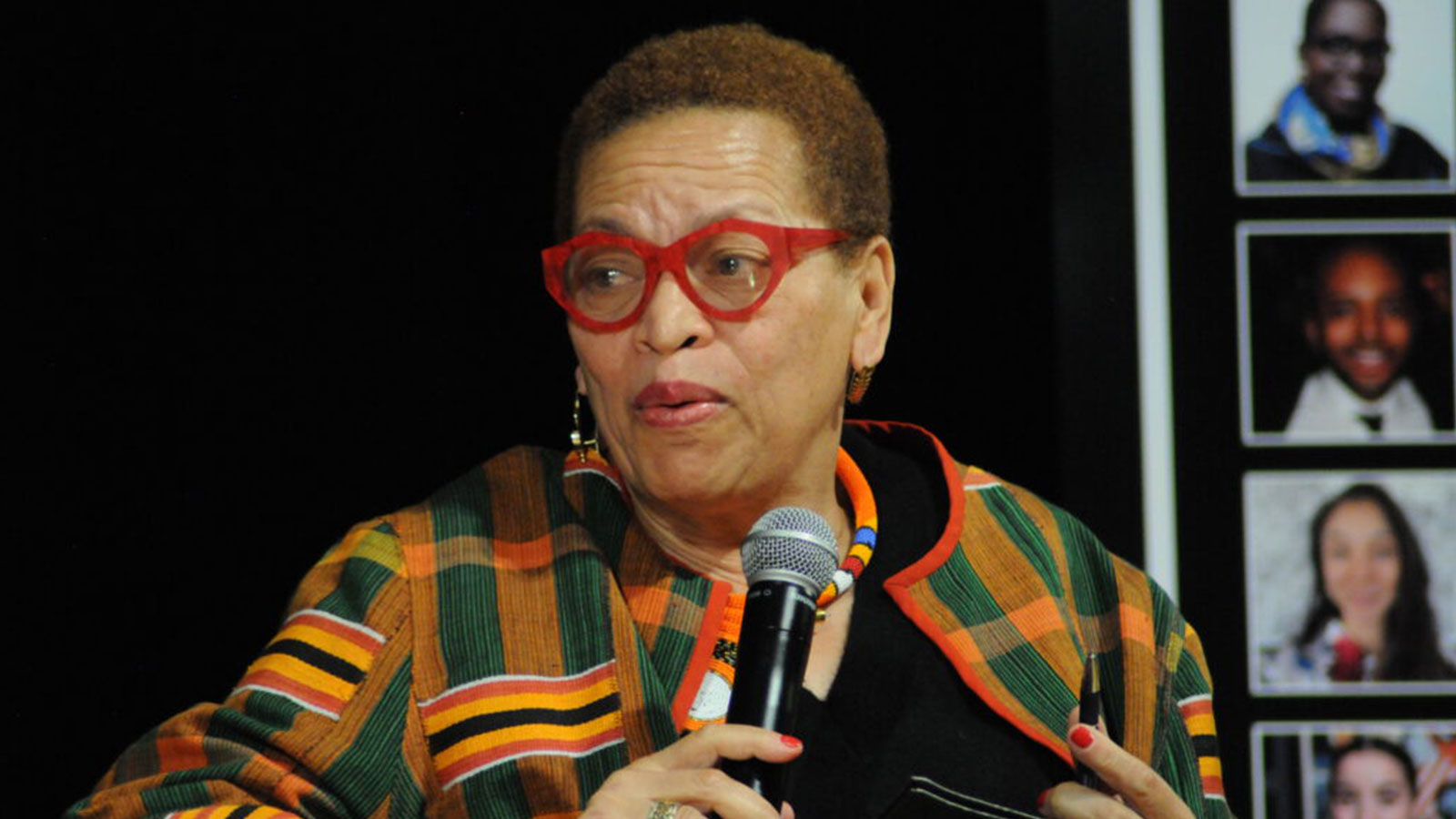 “As soon as Black people began to gain their footing … what we got was a backlash of Jim Crow, the backlash of White economic envy. Reparations is not just about enslavement, it’s about all the damage done to our community post-enslavement. Essentially government-sanctioned—local, state and federal—terrorism against Black economic success.”

The Honorable Minister Louis Farrakhan of the Nation of Islam has raised the question of reparations in many messages during the past few decades.

“We should go to America and say, to America, we don’t want welfare. We don’t think we should live in poor houses or be homeless,” said Min. Farrakhan in a speech titled, “Add It Up” delivered April 28, 1990, in Atlanta, Georgia, during his “Stop the Killing” tour. “Since we built your country, and fought, bled and died to maintain your country, America, you owe us something. We don’t want you to dole it out in welfare checks. If you give us what you owe us, we’ll take it from there.”

Reparations—a system to atone and right the wrongs of the past—are not foreign to the United States. Native Americans have received land and billions of dollars for being forcibly exiled from their native lands. Japanese Americans were paid $1.5 billion for those who were incarcerated in internment camps during World War II. Additionally, the United States helped to ensure that Jewish citizens received reparations for the Holocaust via the Marshall Plan.

In The Muslim Program’s Point Number 4 of “What the Muslims Want,” the Most Honorable Elijah Muhammad gave a sobering picture of what reparations should look like. 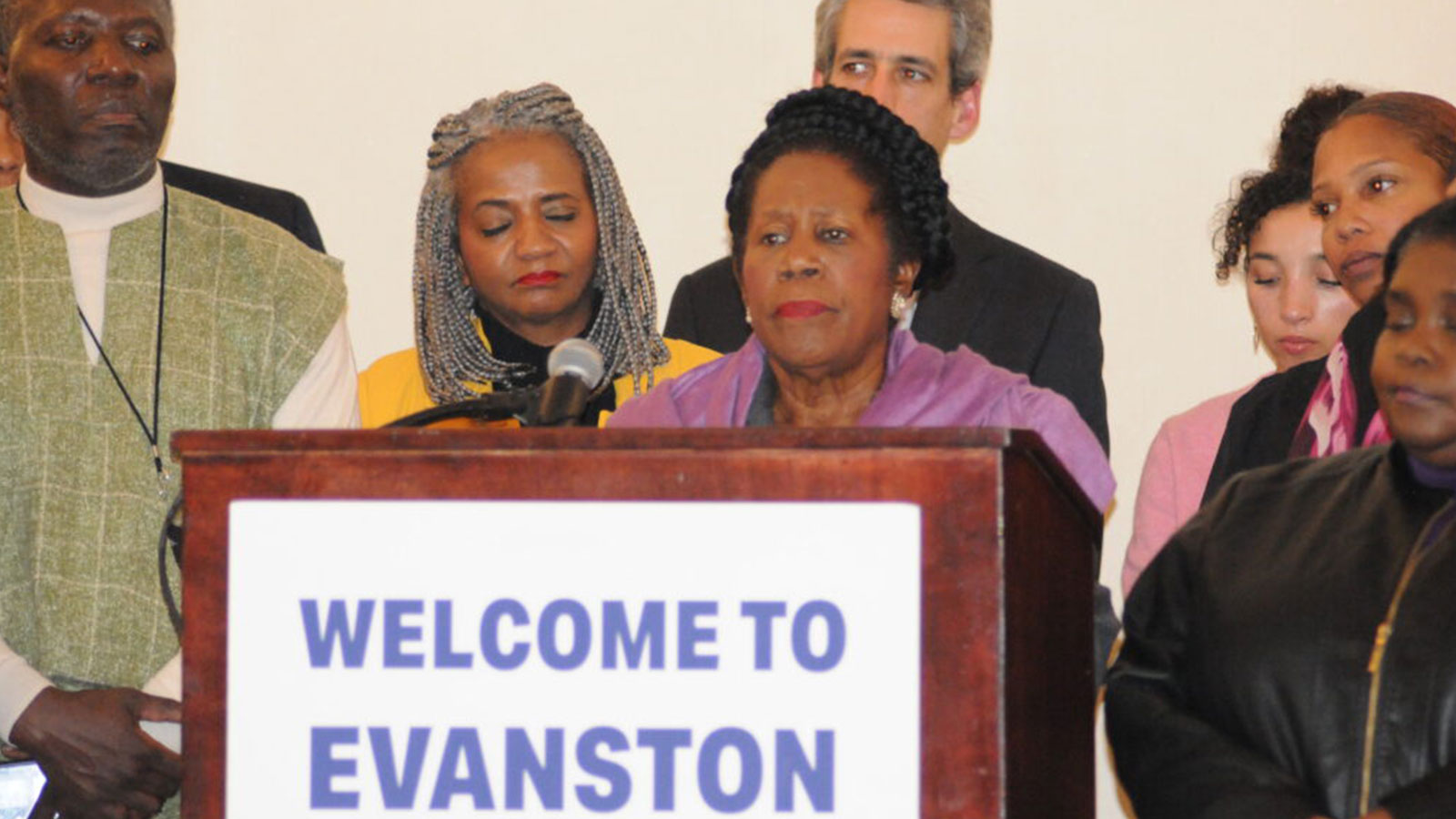 “Since we cannot get along with them in peace and equality, after giving them 400 years of our sweat and blood and receiving in return some of the worst treatment human beings have ever experienced, we believe our contributions to this land and the suffering forced upon us by White America, justifies our demand for complete separation in a state or territory of our own.”

When asked what’s the biggest takeaway from the symposium, Simmons said: “It’s time for action. The cities have enough data, there’s been enough studies and reporting done on the history of the harms in our cities and it is time to take bold action.”