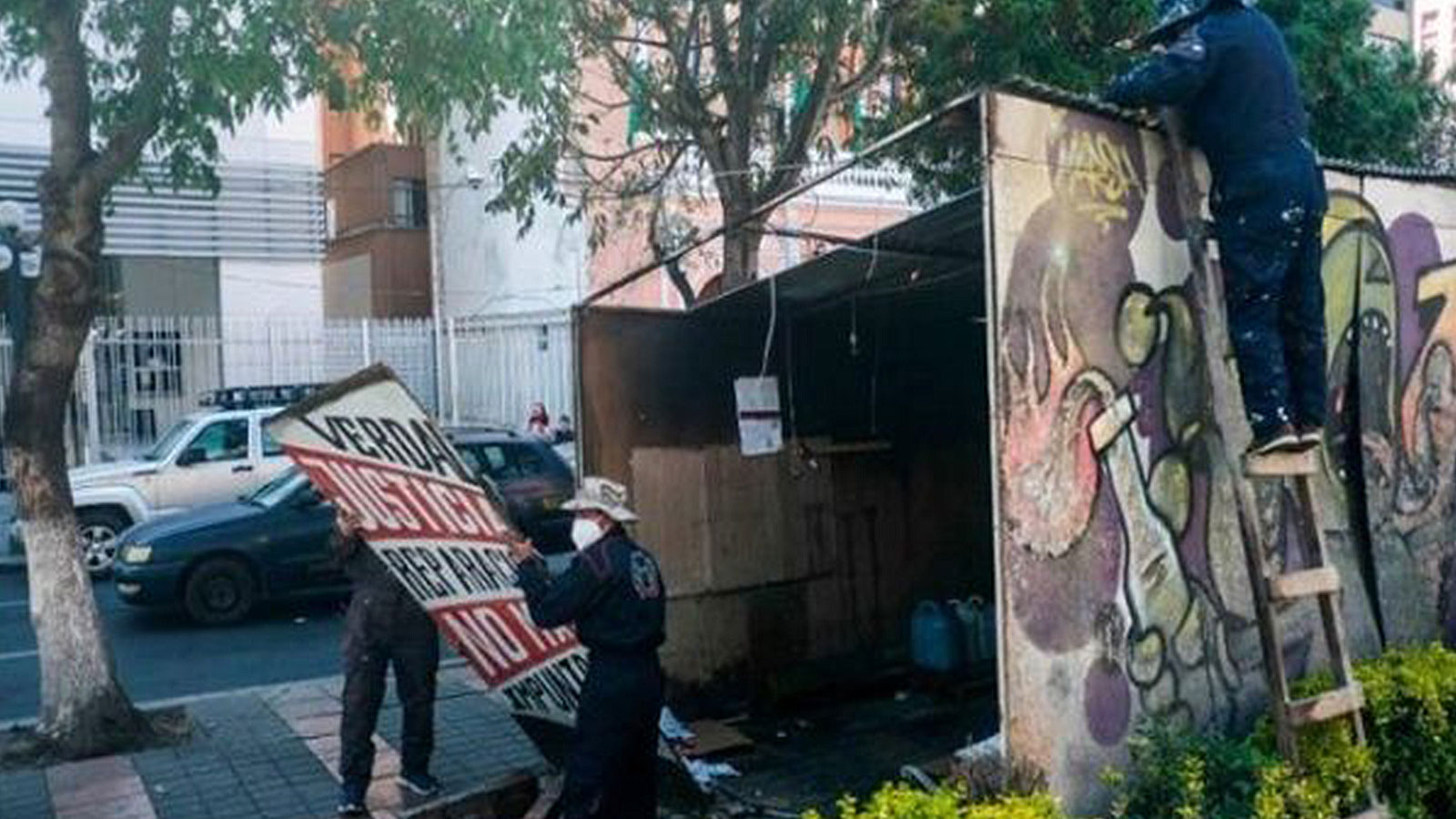 Bolivia: Progress in reparations for victims of dictatorships

You Are Here: Home » Blog » Reparations » Bolivia: Progress in reparations for victims of dictatorships

Bolivia makes progress in reparations for victims of the dictatorships (1964-1982).

The Minister of Justice, Iván Lima, highlighted this Sunday that Bolivia is making progress in the integral reparation to the victims of the military dictatorships of the 1964-1982 periods with the signing of a National Agreement.

The General Treasury of the Nation will assume 80% of the resources that were not covered in the reparation of victims in 2004, in addition to the 20% that was disbursed in 2006.

In this sense, President Luis Arce paid tribute to the victims of the dictatorial governments from 1964 to 1982 and guaranteed the resources for the integral reparation of the fighters for democracy.

The signing of this National Agreement with the Victims of the Military Dictatorship between 1964 and 1982, in which we are participating today, is a tribute to each and every one of the brave women and men who fell resisting coups and military dictatorships. Honor and glory!

“You have survived, you are fighting to build a democratic State so that we can all live better and that is also our objective as national Government”, said Arce.

The Head of State materialized this tribute with the signing of an agreement between the Government and the Platform of social fighters against impunity, for justice and historical memory of the Bolivian people – survivors of the dictatorships between 1964 and 1982.

Minister Lima said at the commemorative act: “Today we are pleased to take a very important step in the search for comprehensive reparations for the victims of the dictatorships and de facto governments, periods that left pain and serious human rights violations”.

Lima recalled that, after the recovery of democracy in November 2020, thanks to the unity of the Bolivian people, the Ministry of Justice received the mandate from President Arce, to advance in the process of reparation for the victims of the unconstitutional governments of the 60s, 70s and 80s.

Nilo Soruco is one of Bolivia’s most famous folk singers. He was a member of the Communist Party and tortured by the US-backed military dictatorship in the 70s. He’s still loved in his native Tarija.

The State portfolio held several meetings with the platforms of victims and relatives and in a participatory process a National Agreement was reached to repair the damage they suffered in the military dictatorships.

Lima explained that, although Law 2640 was approved in 2004 to compensate victims of violence, it did not have economic resources and the qualification parameter could not be met, which resulted in more than 6,177 applications being observed and reviewed at the request of the associations.

He regretted that at that time 80% of the committed amount was not obtained; however, now, as of the political decision of the National Government those resources will be channeled by the General Treasury of the Nation (TGN).

“The President (Arce), aware of the serious violations committed during the de facto governments and taking into account the recommendations of the Human Rights Committee and the Committee Against Torture, the Truth Commission and the report of the GIEI (Interdisciplinary Group of Independent Experts), enacted the norm that guarantees the payment”, Lima emphasized.

Featured image: The tents set up in protest 10 years ago in front of the Ministry of Justice are finally being taken down after the signing of this agreement with the Bolivian Government. Aug. 21, 2022. | Photo: Pagina Siete: Carlos Sánchez