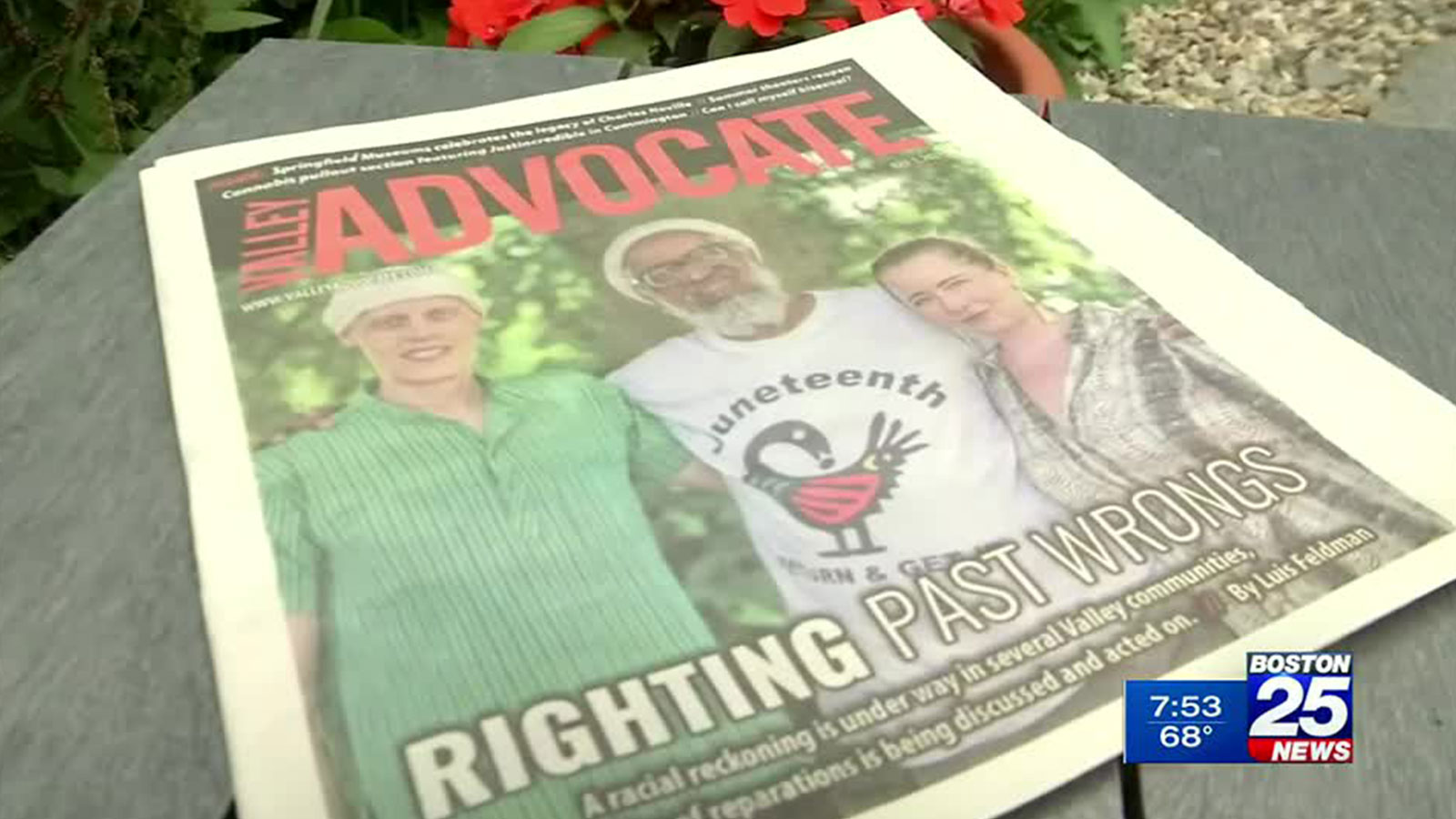 You Are Here: Home » Blog » Reparations » First community in Massachusetts adopts plan to pay reparations to descendants of slavery

Now the discussion of reparations, the concept of acknowledging and compensating African Americans for slavery, is picking up steam.

Slavery casts a long shadow over American history. It’s a debt many people of color said needs to be settled.

“One woman outside the Forest Hills MBTA station told Boston 25, “How much, I don’t know. It should be a nice little settlement so they can feel a little closure, that they were acknowledged.”

Another woman added, “You’re not just rewarding people. You’re kind of giving them back their respect. That’s what this is all about.”

“But the big question is how do you do it?” one man asked.

The answer to that question is tough.

Federal legislation to start the process of reparations has been stalled for years.

Public support is lacking according to a national poll conducted last summer by Reuters/Ipsos. When asked if the federal government should use taxpayer money to pay damages to descendants of enslaved people, only one out of five people said yes.

The town of Amherst feels differently. It’s now the first community in the state to create what they call a Reparations Stabilization Fund.

“The word reparations has turned into a political football,” said Matthew Andrews, one of the two organizers of the effort to get the town to acknowledge system racism and establish a fund. “What we’re talking about, especially on the local level is that wrong has been done. Crimes against people have been committed. How do we acknowledge that and make it right?”

Andrews and Michele Miller were motivated in the wake of George Floyd’s murder and believe this step is essential to healing racial wounds.

“What we have personally found in Amherst is that until this repair process occurs, all of those other initiatives are potentially wrought with mistrust, distrust,” Miller said.

A committee will now work to identify a revenue source and establish parameters of how funds will be distributed.

“It doesn’t necessarily have to be direct payments to people,” Andrews said. “That body could decide that the priority that’s within the legal scope of the fund is to build a community center or to fund scholarships.”

Identifying what’s legal, and what’s not, is still a work in progress for reparations.

“When you’re looking at state and local reparations policies, I think it is going to be really interesting to see what kinds of challenges are brought and how the legal landscape develops these policies, said Katie Sandson, a fellow at the Civil Rights and Restorative Justice Project at Northeastern University’s Law School.

Sandson said constitutional challenges could be brought under the 14th Amendment’s Equal Protection Clause which says everyone has to be treated equally regardless of race.

“It will be interesting to see how the court evaluates reparation policies, and whether they determine that this is a race-based classification, which then will require a really high level of scrutiny,” added Sandson.

Evanston, Illinois, recently adopted a program that will focus on affordable housing.

In Boston, two city councilors are calling for a hearing to look into establishing reparations.

“There are a saying ‘reparations now,’ and ‘#reparationsnow,’ because it has to be now, really there’s no other time to do this,” Miller said.

The Amherst Town Council approved the reparations fund by a vote of 12-1.