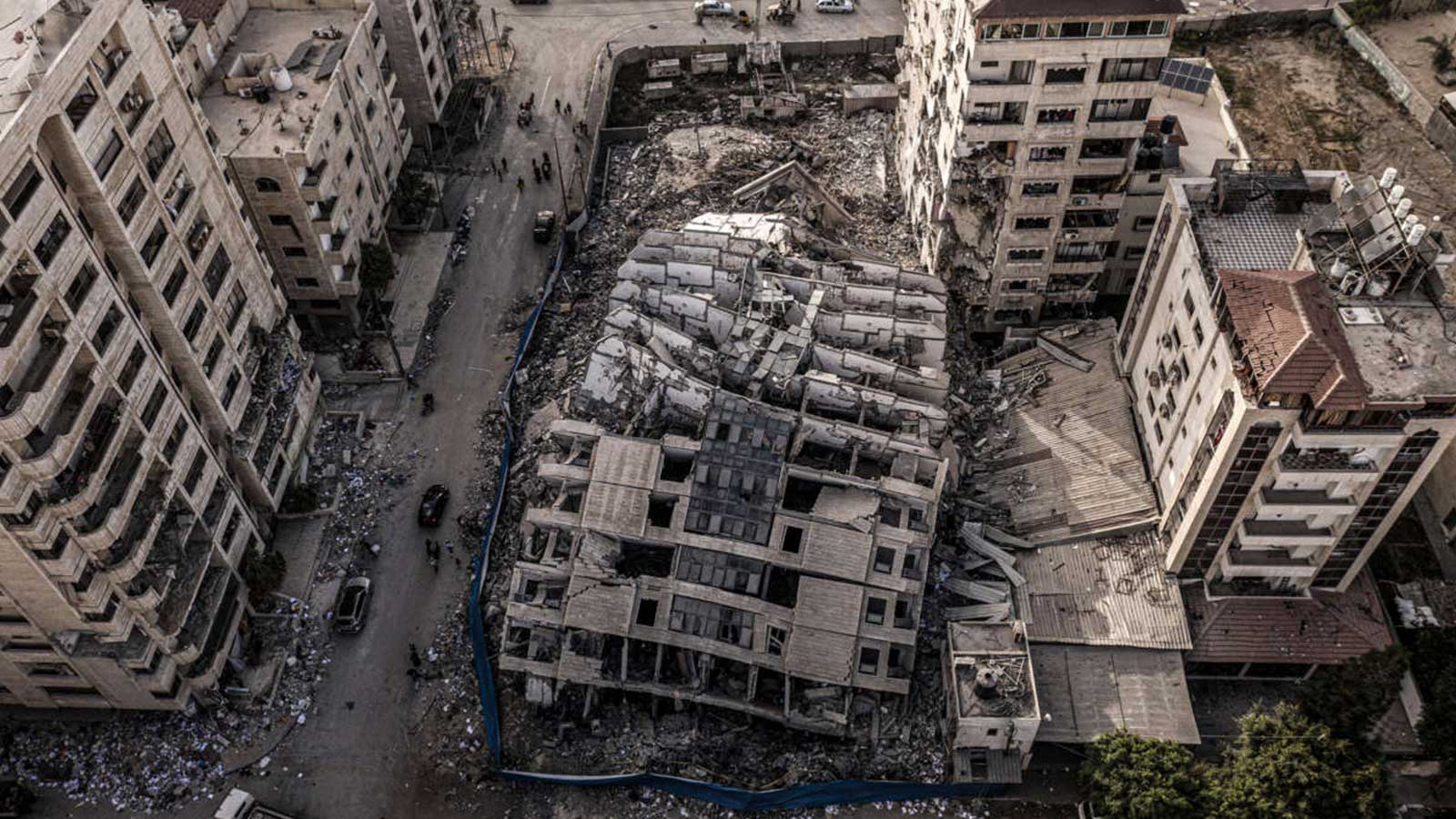 Thousands of Jews in Israel get reparations for expulsion and persecution, yet Israel denies the same for Palestinians.

I am a first-generation American. My Jewish parents fled Germany as the horrors of the Holocaust were unfolding. They left behind family who perished in camps and were killed as they fled from their homes while being chased and shot at by Nazis.

My great-grandfather, grandfather and father had a thriving butcher business in Frankfurt. They lived in the apartment building next to the butcher shop. My father always said he barely realized he was Jewish until Hitler arrived. It was always Deutschland über alles.

My mother’s family were wheat traders in Wetzlar. After the rise of Hitler, my mother fled Germany first so that she could learn the language in her new country and make enough money to bring over her parents and brother. They came to the U.S. without much money and like many, had to build a life from the bottom up.

Once the war was over, Germany gave my father reparations for the loss of his business as well as for the crime of persecution. He received a monthly check until his death at the age of 91. Both of my parents were welcomed back by the German government and told they could get their passports and citizenship returned.

As I think about my own family and its history, I wonder why the 750,000 Palestinians forced from their homes and land in 1948 when Israel was founded are not entitled to the same treatment my family received after WWII ended. But the war on Palestinians was never over. Instead, Israel continues to this day its policy of ethnic cleansing, as evidenced by the current expulsions in Sheikh Jarrah and other parts of East Jerusalem.

B’Tselem, a human rights organization in Israel, and Human Rights Watch have documented and denounced the continuing maltreatment of Palestinians by the Israeli government and the settler movement, including the confiscation of Palestinians’ lands and houses; the restrictions on movement; the limitations on rights of free speech and assembly; the denial of building permits; the denial of many basic civil rights and the terrorizing by Jewish settler extremists backed by the Israel Defense Forces (IDF). Human Rights Watch has concluded that conduct toward the Palestinians amounts to persecution and apartheid, which are crimes against humanity under international law.

It is somewhat ironic that thousands of Jews in Israel are getting reparations and passports from Germany because of expulsion, loss of property and persecution, yet Israel will not allow Palestinians to return to a land from which they were expelled.

We recently witnessed the brutal bombing of Gaza, where 2 million Palestinians have been strangled by a 14-year blockade. Using the most sophisticated weaponry made in the United States, the IDF has targeted civilian population centers, hitting 18 hospitals and clinics, apartment buildings and killing scores of children and other innocent bystanders.

I ask myself: How is it possible that the victims of the Holocaust and their progeny can so brutally victimize another people on racial grounds? I ask myself why Palestinians don’t have the same rights to reparations and return afforded to my family after Germany accepted responsibility for their crimes. Shouldn’t Palestinians be entitled to reparations and the right of return? Shouldn’t they have the same rights to self-determination that Israel itself claims?

Palestinian refugees’ right to return to the homes from which they were displaced is well-established in international law. The first source of support is UN General Assembly Resolution 194 (III) of December 1948, in which the UN General Assembly, “Resolves that the refugees wishing to return to their homes and live at peace with their neighbors should be permitted to do so at the earliest practicable date, and that compensation should be paid for the property of those choosing not to return and for loss of or damage to property which, under principles of international law or in equity, should be made good by the governments or authorities responsible.”

It is somewhat ironic that thousands of Jews in Israel are getting reparations and passports from Germany because of expulsion, loss of property and persecution, yet Israel will not allow Palestinians to return to a land from which they were expelled.

I simply cannot reconcile these profound contradictions that obviously preclude any possibility for peace in the region.

I am deeply ashamed and angry that these acts are committed in the name of the Jewish people and that my government provides the money and arms to support these Israeli crimes.

Jane Hirschmann is an author, psychotherapist and longtime organizer for justice, a co-chair of Freedom2Boycott NYS Coalition and co-founder of Jews Say No!.