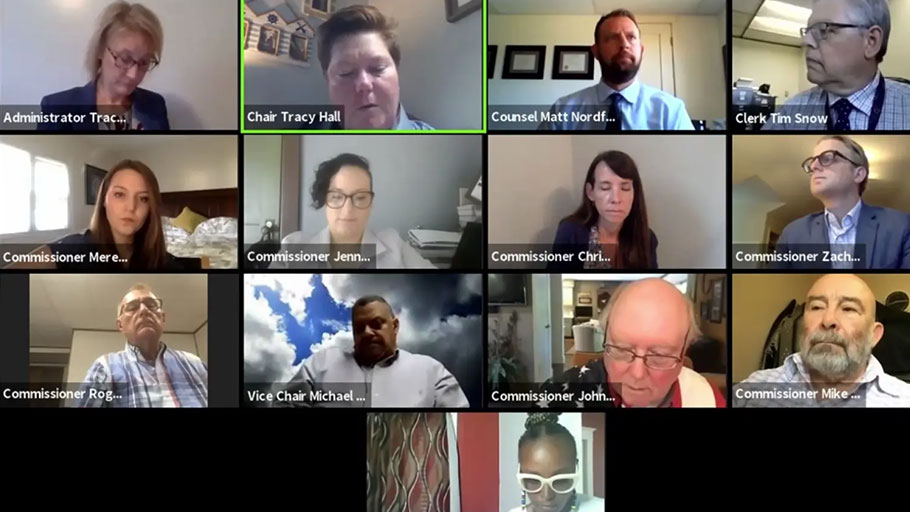 The Kalamazoo County Board of Commissioners has voted in favor of a resolution that will create a new commission in addressing disparities in black communities.

The measure is listed on county documents as a “Resolution on Creating the Kalamazoo County Commission on Economic Reparations and Opportunity for Descendants of enslaved Africans and Indigenous Blacks,” and was approved on first read at the last County meeting.

The resolution was created by Commissioner Stephanie Moore, who at the last meeting had said that over 60 local Black and Hispanic leaders had weighed in on the resolution.

The resolution was met with some resistance from Commissioners, with some saying that it needed more clarification and fine tuning, although many of those still agreed with most of the material.

“The resolution speaks of reparations without defining them well enough for me to feel comfortable that we have the resources to affect the reparations,” Commissioner Mike Quinn said, though he later voted in favor of it.

“I can’t support this resolution right now,” Vice Chair Michael Seals said. “I think we need community input on this, I think we need more people at the table, and the only way we’re gonna setting up a committee to do more work on this. We really need to have some professionals look at this.”

However, Commissioner Moore provided a list of those who had been consulted on the measure, which included area doctors, professors, pastors, community leaders and more.

“Every last one of their pens went to the paper in putting this document together,” Moore said. “I want to apologize to you all, because my colleagues believe that for whatever reason, your talent and your ability to help come to the table and create a resolution that can uplift the black indigenous people of color community that you do not have the professionality, the wherewithal, the experience, the education and expertise to be able to do that.”

There was also some confusion on whether or not the resolution would create a new Commission all on its own, or be a part of the Equity Committee that the board is already working on.

In other words, the Reparations Committee would be a sub-committee of the Equity Task Force.

“Your Equity Task Force is broad, your commission is specific to African-American black indigenous, but they work together,” Moore said.

Other commissioners spoke in favor of the measure.

“I really respect the work [Commissioner Moore] has done on this,” Commissioner Meredith Place said. “I think it’s time that we pass the mic. Leaders like us, white leaders, need to pass the mic to the folks who this is truly going to impact. I am proud to stand up tonight and to say that we need to do better, and this is a step forward.”

Ultimately, the resolution passed in a 7-4 vote, with Commissioners Seals, Tunier, Gisler and Morse dissenting.

Work is now expected to begin in creating the new Commission.