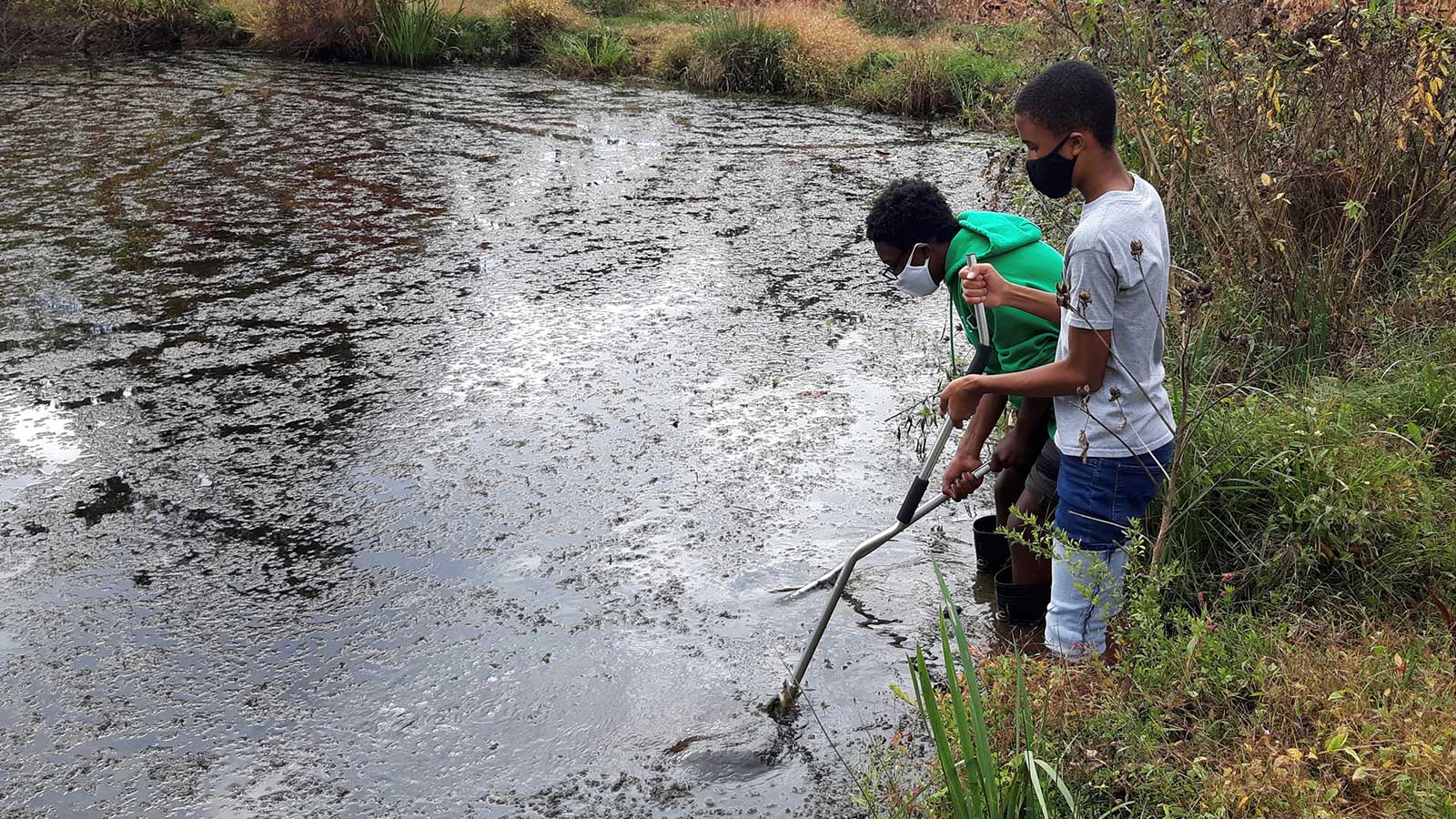 You Are Here: Home » Blog » Reparations » How the meticulous bookkeeping of two sisters led to reparations for Black people across the country

One program that benefited helps expose D.C. teenagers to nature, often for the first time.

The teenagers show up each Saturday to explore patches of nature in a city where it’s easy to forget so much greenery exists.

Some of the middle-schoolers who come have grown up exploring the outdoors with relatives and learning the names of the wildlife around them.

But most have not.

“When I started, I was surprised by how many students hadn’t been exposed to the amazing resources we have in our environment here,” Catherine Estes, the program director of the Saturday Environmental Academy, said.

She has worked for the Academy, which started as a nonprofit and is now part of the Anacostia Watershed Society, for 11 years. And in that time, she has watched D.C.-area teenagers clutch canoe paddles for the first time, study animals they had never seen up close and marvel at parks they didn’t know existed, even though they sit just miles from their homes.

Estes recalls a day when the program took a group to visit a farm. The teens walked along the grounds, checking out chickens and cows, and then they stopped.

“We came up to a hill and they all just started rolling down the hill,” she says. “They were having such a ball. How often do they get to do that? Most live in pretty urban areas and are not rolling down any hills.”

The majority of the young people who participate in the Academy come from Black families in underserved neighborhoods in and near the nation’s capital. That matters not only because many of those children live in Zip codes where they can’t go to nearby parks without worrying about gun violence, but also because by serving that population the program was able years ago to receive a grant from a unique source.

The program is one of many endeavors across the country that serve African Americans and benefited from a fund that grew out of a class-action lawsuit based on racial discrimination.

You have likely never heard of the Norflet Progress Fund. I hadn’t until I recently read a report that points to the Saturday Environmental Academy as one part of a larger success story. It’s a story that starts with the meticulous bookkeeping of two African American sisters and ends with about $15 million doled out to nonprofits across the country that have improved the lives of Black people.

It’s a story that those who played a role in making it happen hope to see replicated and included in future talks of reparations.

“This case is a rare example of righting a historic wrong,” Cyrus Mehri, a D.C.-based civil rights attorney, said. His law firm took on the case that led to the fund. “As the country is trying to talk about restorative justice and how we right historic wrongs, I think this could be a model.”

This week, just days after Derek Chauvin was sentenced to 22½ years for the murder of George Floyd, the U.N. Human Rights chief issued a landmark report that calls for reparations to be used as part of an “agenda towards transformative change for racial justice and equality.”

“Reparations should not only be equated with financial compensation,” Michelle Bachelet, the U.N. high commissioner for human rights, wrote in the report. “They also comprise measures aimed at restitution, rehabilitation, satisfaction and guarantees of non-repetition, including, for example, formal acknowledgment and apologies, memorialization and institutional and educational reforms.”

The Norflet Fund was never called reparations, and John Brittain, who oversaw the committee that ran it, didn’t view the fund that way when it was created. But the D.C.-based civil rights attorney and University of the District of Columbia law professor says that has changed in the last year as he has witnessed the country go through a racial awakening and reckoning.

“When I reflect back on it, yes, it was a form of reparations to provide benefits to African Americans who weren’t the actual victims,” he said. “The goal was to try to create opportunities that would benefit African Americans.”

The fund didn’t give money directly to individuals. Instead it gave it to organizations that were trying to meet community needs. The report on the fund, which was written by Susan Eaton, details how it came to exist and where the money went.

It describes the media exposing insurance companies in the 1990s for excluding African Americans between the 1940s and 1960s from the full range of options, usually offering them only burial insurance, which lapsed most of the time and resulted in no payouts. Lawsuits had been launched, the report says, when the Wall Street Journal published an article that pushed two African American sisters in their 60s to take action. The report describes the article as saying that “John Hancock’s life insurance unit had said that none of its Black policyholders are affected by the race-based underwriting challenged in the suits because, before 1960, it did not allow its agents to market to African Americans.”

Merle and Pearl Norflet, who lived in Connecticut, had long organized their mother’s financial files and had paperwork that showed otherwise: Three policies issued by John Hancock insuring their mother’s life and theirs. The sisters suspected their family had been sold substandard policies compared with those offered to White people and they reached out to two law firms, one in D.C. and the other in New York.

In 2009, as a class-action lawsuit moved toward trial, John Hancock — while denying all liability — agreed to a $24.4 million settlement. After payouts were given to members of the class who were still alive and could be found, more than $15 million of the settlement remained.

Through an elaborate process that involved creating a predominantly African American advisory committee that wasn’t connected to either side of the case and regularly reported to the court, those funds were distributed through small and large grants. 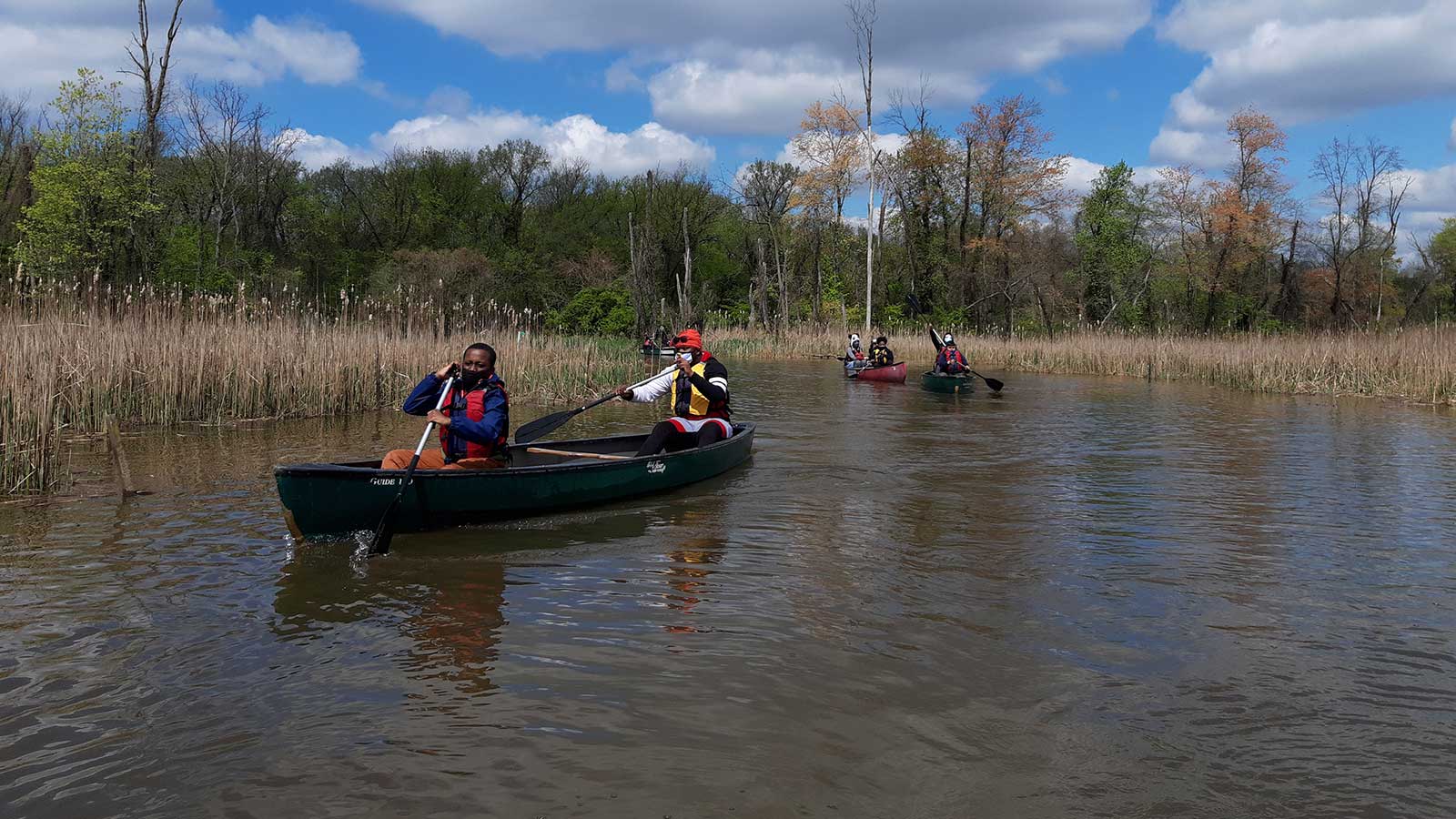 They went to well-known national organizations and relatively obscure local ones.

They went to groups that conduct research on racial disparities in school discipline, run a free summer camp for young people at risk of facing community violence, and address racial and socioeconomic disparities in health care. That last group used part of its grant to provide free prostate cancer screening and testing to more than 1,500 men. Of those men, 45 were diagnosed and treated.

“Because of Merle and Pearl’s care and keen attention,” the report reads, “dozens of Black homeowners in the South would finally get the money owed to them for repairs following natural disasters, Black toddlers in New York City would be afforded an early education rich in African American history and culture, and teenagers in Washington, D.C., would spend Saturdays cleaning local rivers, restoring nearby forests, and learning about environmental science.”

One of the highlights for the teenagers who participate in the Saturday Environmental Academy, Estes said, is a camping trip.

For many, it’s their first.