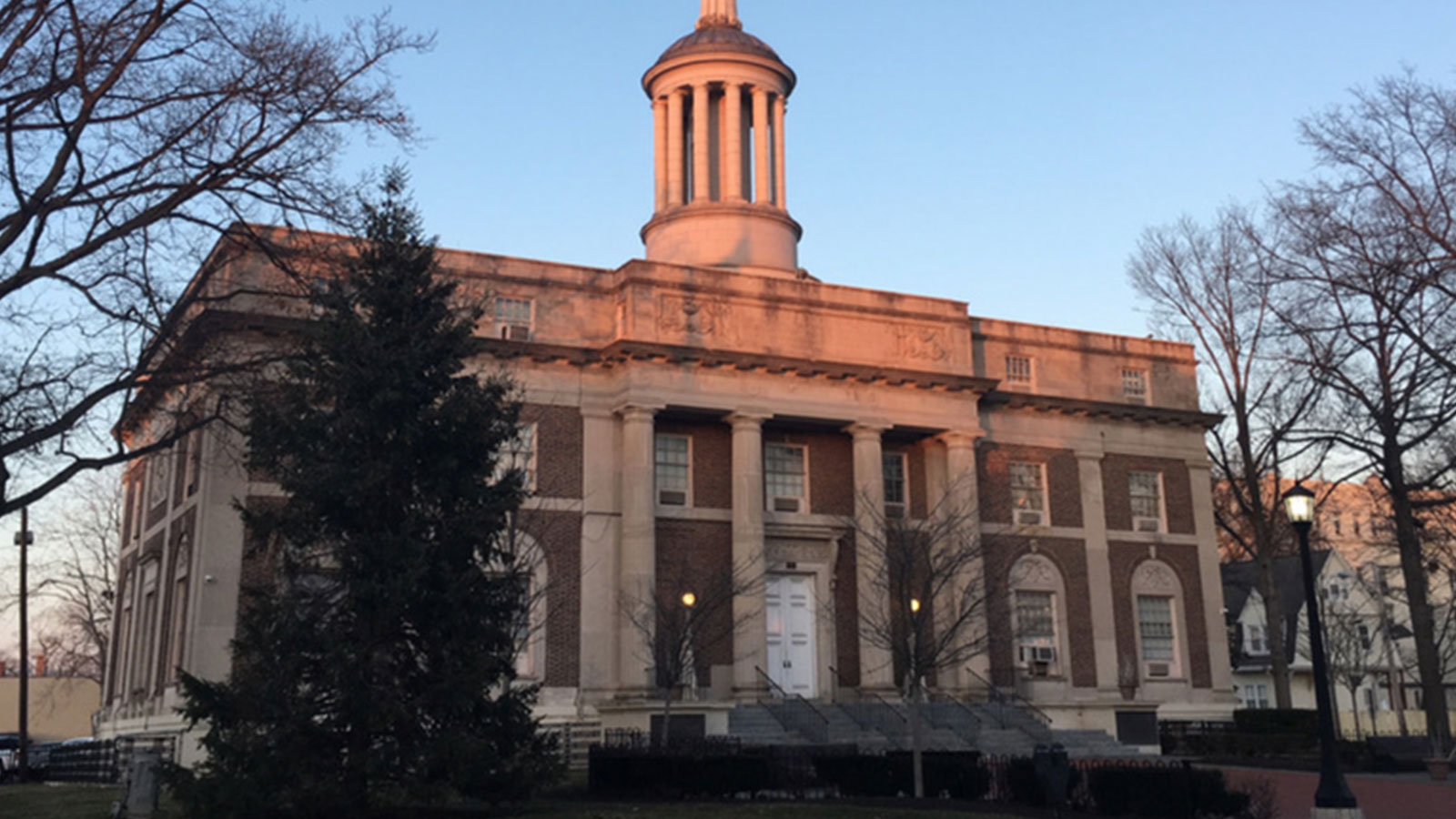 Editor’s Note: This is to acknowledge that the resolution being introduced is specific to an Assembly bill about Newark, not Plainfield. An earlier version of the story published by TAPinto suggested that the council’s resolution should address Plainfield, but this is not what the bill is in reference to, and this has been corrected.

Monday’s city council meeting in Plainfield includes a presentation by the New Jersey Institute for Social Justice, per the agenda that was published Saturday. According to the organization’s website, “the Institute’s cutting-edge racial and social justice advocacy seeks to empower people of color by building reparative systems that create wealth, transform justice and harness democratic power—from the ground up—in New Jersey.”

In alignment with this action, a resolution being introduced by Mayor Adrian O. Mapp would move to endorse “the enactment of Assembly Bill A938/S386, the New Jersey Reparations Task Force Act.”

Here’s the full text of the resolution published by the City of Plainfield:

WHEREAS, this is a resolution endorsing the “New Jersey Reparations Task Force” act to conduct research and develop reparatory proposals and recommendations to address the generational harms caused by New Jersey’s role in America’s institution of slavery and its legacy of systemic racial discrimination; and,

WHEREAS, the city of Newark is a multicultural and diverse city which is home to over one hundred and forty thousand Black people who make up more than fifty percent of the City’s population; and,

WHEREAS, over four hundred years ago, enslaved Africans were brought to Jamestown, Virginia as captives; and,

WHEREAS, from 1619 to 1865, approximately 4,000,000 Africans and their descendants, under a practice that was constitutionally and statutorily sanctioned, were enslaved in the United States and the colonies that became the United States; and,

WHEREAS, the system of slavery that flourished in the United States constituted an immoral, shameful, and inhumane deprivation of the life, liberty, humanity, citizenship, and cultural heritage of Africans and also denied them, among other things, the fruits of their own labor upon which this country, and its economy, was built; and,

WHEREAS, an overwhelming body of scholarship, legal and community evidentiary documentation, and the modern day lived experiences of the descendants of enslaved Africans form the basis for inquiry into the ongoing effects of the institution of slavery and its legacy of persistent systemic structures of discrimination on living Black people and communities in the United States; and,

WHEREAS, following the abolition of slavery, state actors at the federal, state, and local level continued to perpetuate, condone, and profit from practices that continued to brutalize and systemically disadvantage Black people, including sharecropping, convict leasing, Jim Crow laws, redlining, unequal education, and disproportionate treatment at the hands of the criminal justice system; and,

WHEREAS, contrary to what many people believe, slavery was not just a Southern institution and took root very deeply in New Jersey. In the early 17th Century, the first enslaved African people arrived in New Netherland, a Dutch settlement established in the Mid-Atlantic, which included portions of present-day New Jersey. As the demand for labor increased, the number of enslaved African people imported to New Jersey increased, with Bergen County becoming the largest slaveholding county in the Province of New Jersey. In 1704, the Province of New Jersey introduced the “Slave Code,” which prohibited enslaved Africans and free Africans from owning property and made certain actions, like staying out past curfew, illegal for Black people. Although New Jersey outlawed the importation of enslaved Africans in 1786 and enacted a law in 1804 to abolish slavery gradually, the State Legislature passed “Peace Resolutions” in 1863 denying President Lincoln’s power to emancipate slaves and later voted against the 13th amendment to the United States Constitution; and,

WHEREAS, in 1844, New Jersey also restricted access to the ballot box by denying the vote to people with criminal convictions the same year it restricted voting to white men in its Constitution, the first state in the Northeast to do so. While many Northern states abolished slavery following the Civil War, New Jersey opposed the Emancipation Proclamation and was the last Northern state to abolish slavery. Following the Civil War, New Jersey refused to ratify the Reconstruction Amendments; and,

WHEREAS, New Jersey’s deep roots in American slavery and its vestiges have endured to the present day. A direct line can be traced from New Jersey’s role in American slavery to its system today of voter suppression, racial wealth disparities, mass incarceration, racial segregation, and crumbling infrastructure in Black communities in New Jersey, such as the current elevated lead levels in water and homes; and,

WHEREAS, the full effects of the institution and legacy of slavery on Black people and communities in New Jersey have not been sufficiently examined, nor have there been remedies for past injustice and present harm, or sufficient efforts at transformation; and,

WHEREAS, as a result of historic and continued systemic racial discrimination, Black people in New Jersey confront some of the worst racial disparities in America, including but not limited to these areas; and,

WHEREAS, access to democracy: New Jersey suffers from racialized voter disenfranchisement, denying the vote to over 100,000 people in prison, on parole, or on probation, according to State data. Over half are Black, though Black people comprise just 15 percent of the State’s population. The racism of the criminal justice system is directly imported into the franchise; and,

WHEREAS, youth justice: Generations of Black kids have experienced racism in the youth justice system. Just two years after the Civil War, New Jersey opened Jamesburg, its largest youth prison for boys. Today, Black children are almost 18 times more likely to be locked up than white children, the highest disparity rate in America, even though Black and white children commit most offenses at similar rates. As of February 9, 2022,, just 11 white children are incarcerated in New Jersey, compared to 65 Black children, according to State data; and,

WHEREAS, housing and the racial wealth gap: New Jersey also experienced racially restrictive covenants that prohibited Black people from buying, leasing, or occupying property based on race, and redlining, which targeted Black people who were refused housing loans. That legacy of systemic housing discrimination spills into today’s vast discrepancy in New Jersey home ownership rates: 75.9 percent for white households and 38.4 percent for Black households. Because home ownership is a primary driver of wealth, Black and Latino people in New Jersey confront one of the worst racial wealth gaps in America. The median net worth for New Jersey’s white families is $309,000, the highest in the nation. For New Jersey’s Black and Latino families, it is incredibly just $5,900 and $7,020, respectively. New Jersey also leads the nation in home foreclosures, according to ATTOM Data Solutions; and,

WHEREAS,racial segregation itself, born from the vestiges of slavery, pervades New Jersey, which, while one of the most racially diverse states in America, is also among the most segregated. New Jersey’s racial diversity and racial segregation, combined with its extreme wealth and punishing poverty, has created in New Jersey’s public classrooms some of the fiercest segregation by race, ethnicity, and income in this country. Nearly half of New Jersey’s Black and Latino students attend schools that are more than 90 percent nonwhite. Almost two- thirds go to schools that are more than 75 percent nonwhite; and,

WHEREAS,to address these systemic challenges in New Jersey, the “New Jersey Reparations Task Force” will research, write, and publish a report that will make the case for State-based reparations in New Jersey and outline policy recommendations that seek to repair the harm that has resulted from America’s original sin in the Garden State and its aftermath; and,

WHEREAS, it is in the interest of the State and of the people of New Jersey for the government to initiate and foster methods of improving knowledge and understanding between African Americans and other ethnic groups in New Jersey and to adopt and initiate means to foster communication and dialogue, for the purpose of achieving truth, transformation, and reparation. Therefore, it is in the interest of the State and the people of New Jersey to establish the “New Jersey Reparations Task Force” to urge New Jersey to take responsibility for its role in American slavery and its aftermath, and to set forth comprehensive and sweeping policy recommendations aimed to develop profound and reparative financial and other investments in Black communities impacted by New Jersey’s history of systemic racial discrimination; and,

WHEREAS, the urgency for the establishment of this task force is compelling. The elder African-American population, some of whom are the grandchildren of formerly enslaved Black people and can bear direct witness to some of the severest forms of racism and oppression, is advancing in age. As too many generations of Black people have already passed without benefit of any remedies for the injustices they endured, it is important that New Jersey make the establishment of this task force an imperative; and,

WHEREAS, this resolution endorses that the task force recommend appropriate ways to educate the New Jersey public of the task force’s findings.

WHEREAS, the “Say the Word: Reparations” campaign, powered by the advocacy of thousands of people across New Jersey, and led by the New Jersey Institute for Social Justice and partners, has called on New Jersey to become the second state in history to establish a statewide reparations task force; and,

NOW THEREFORE, BE IT RESOLVED by the City Council of the City of Newark that this body fully endorses the enactment of the “New Jersey Reparations Task Force” bill;and,

BE IT FURTHER RESOLVED that the Municipal Clerk is hereby directed to forward a certified copy of this resolution to the New Jersey Assembly and the New Jersey Senate, including the City of Newark’s local representatives of those bodies.