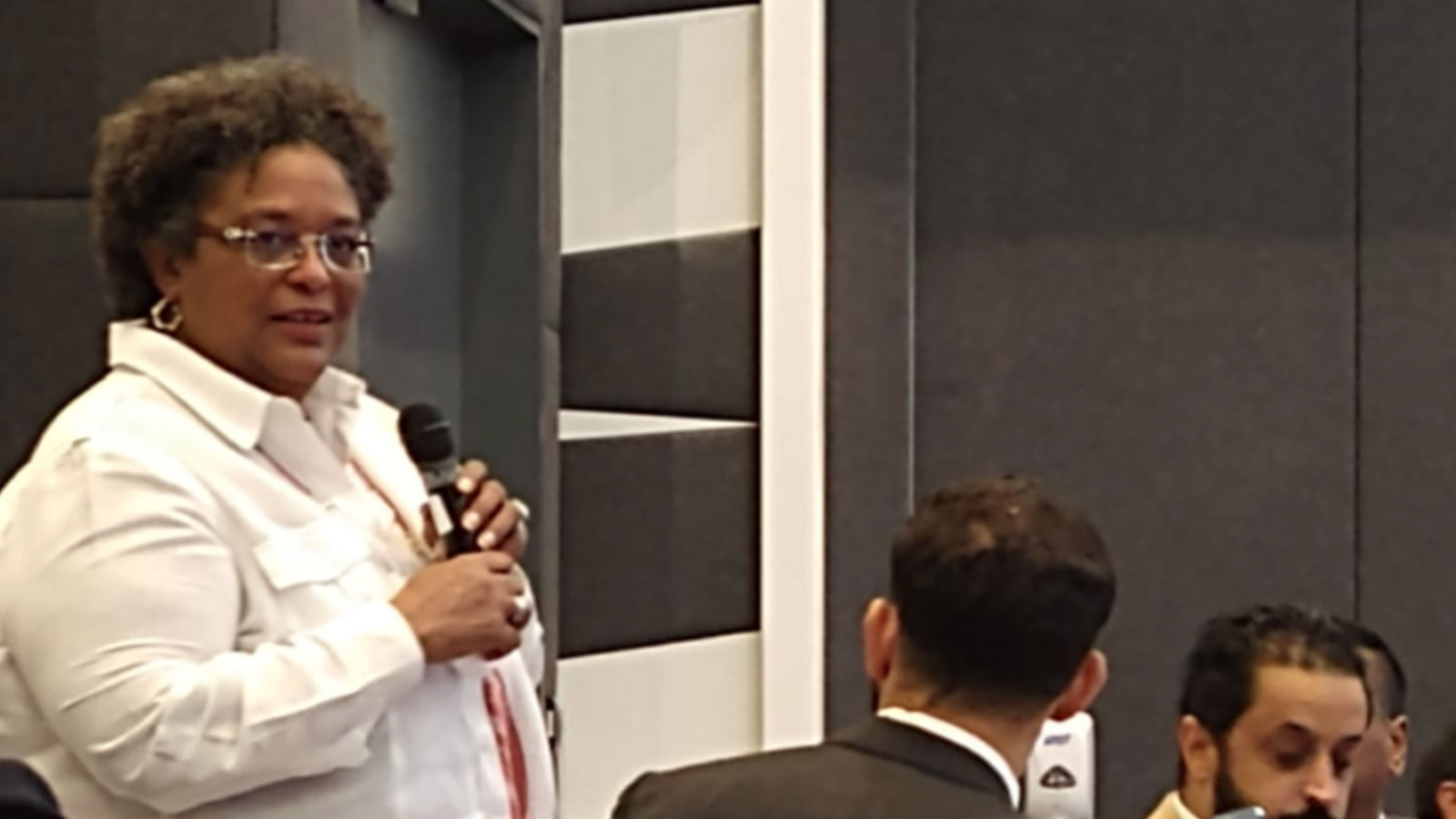 Prime Minister Mia Mottley has made yet another call for reparations from Barbados’ former colonisers, stressing that slavery not only resulted in the underdevelopment of the colonies but played an indirect role in climate change, for which compensation should also be provided.

The Barbadian leader, who is on an official visit to Abu Dhabi, insisted in an interview with a reporter there on Tuesday that reparations should not be a contentious issue.

“It should not be, either, an issue that is driven by anything other than absolute clarity that there is a development deficit today that is the result of that behaviour in the past, and that development deficit has to be met with legitimately – both in terms of reparatory justice, but as we are also now explaining, climate justice,” Mottley stated.

She argued that the former colonisers removed the wealth from countries such as Barbados and created the industrial revolution in developed nations which, in turn, contributed significantly to the world’s greenhouse gases.

“The issue [reparations] is very much alive still because people – and younger people in particular – feel strongly that whether it is the return of artefacts like the Benin Bronzes [to Nigeria], or whether it is in terms of reparations…first [there should be] apologies, but secondly also, recognising that the extraction of wealth from our colonies led to the industrial revolution in these developed countries today,” Mottley said.

“And, ironically, that is also what led to the whole issue of greenhouse gas emissions…because it’s not just the flow of greenhouse gas, but the stock, and the stock was essentially what was driven by the industrial revolution.”

Saying that the industrial revolution was financed by the slave trade and the industries that were driven by the slave trade, Prime Minister Mottley added: “When you contrast the fact that at the point of emancipation…plantation owners who held slaves were given £20 million, and then by reason of the apprenticeship period for the next four years, the value of another £27 million of free labour . . . you have a £47 million-pound compensation package for those at the centre of the trade, as far back as the mid-19th century.”

She further pointed out that when independence was factored in 130 years later for many ex-colonies, they received nothing other than good wishes.

“And, for the most part, therefore, it meant that they started their journey as an independent nation, yes, with a development deficit, but with treasuries that were not full with money that should have been theirs legitimately from centuries of exploitation,” Mottley contended.

The Barbadian leader was asked by the reporter if she saw double standards in Britain’s recent issuance of visas to Ukrainian immigrants fleeing the war with Russia when compared to the treatment of Caribbean immigrants in the Windrush generation, many of whom were wrongly detained, denied legal rights, threatened with deportation, or wrongly deported.

Mottley responded that “there is a double standard in almost every aspect, regrettably, of international relations”.