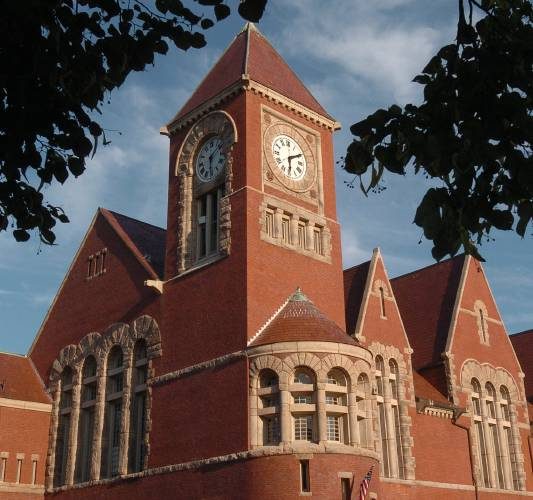 You Are Here: Home » Blog » Reparations » Symposium to highlight reparations push in Amherst

AMHERST — An ongoing effort to have Amherst join other communities pursuing reparations for Black Americans will be highlighted with a virtual symposium next month.

The online event, being put together by a group known as Amherst for Reparations, is scheduled for Dec. 1 from 6:30 to 8:30 p.m.

District 2 Councilor Pat DeAngelis, one of three councilors sponsoring a forthcoming resolution to address Amherst’s history of racial injustice and discrimination, announced the symposium to the Town Council this week.

Participating will be panelists Robin Rue Simmons, an alderman in Evanston, Illinois, a city that has passed a reparations ordinance to make down payments on housing and encourage Black entrepreneurship through the use of $10 million collected in cannabis sales taxes over the next decade, and Kamm Howard, national male co-chairman of N’COBRA, the National Coalition of Blacks for Reparations in America.

Michele Miller, a member of Amherst for Reparations, said she hopes people will attend the symposium. A link will be provided to those interested so they can listen to the presenters and then participate in breakout groups.

Meantime, the council will take up the proclamation in the days after the symposium, spurred by a petition signed by 357 people, 207 of whom live in Amherst.

DeAngelis said that working with District 5 Councilor Shalini Bahl-Milne and At-Large Councilor Alisa Brewer, the proclamation should be ready for presentation at the Dec. 7 meeting.

Miller said the proclamation will acknowledge and apologize for injustice and discrimination in town, using specific data and historical records, and will commit Amherst to some sort of action and repair. By having town officials on record, Miller said, it will be harder not to justify some sort of remedy. “This sets the foundation,” Miller said, adding that she sees this as a cultural movement that will continue.