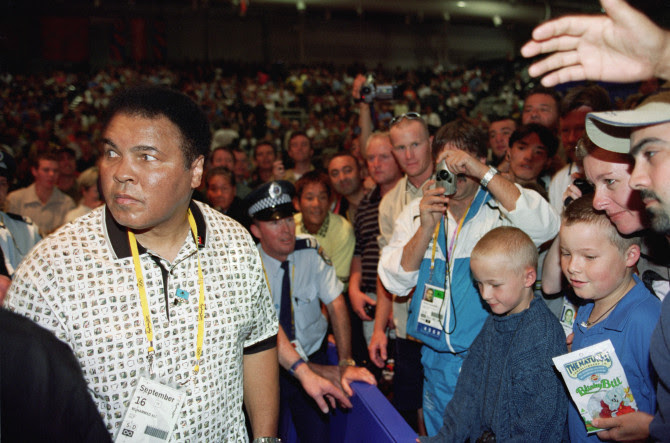 A Silenced Ali Was a Likeable Ali for White People

You Are Here: Home » Blog » Commentaries/Opinions » A Silenced Ali Was a Likeable Ali for White People

“I am the greatest.”

There will be thousands of well-deserved tributes to Muhammad Ali, and all will talk about his transformation from heavyweight boxing champion to international humanitarian. And that is important to note. But the thing most will miss is how Ali’s voice, a bold black and Muslim voice that spoke eloquently for the aspirations of oppressed peoples in America and throughout the world, was reviled by most of white America at its height, and rendered nearly mute as Parkinson’s disease overtook his neurological functions. As his physical voice disappeared, Ali gradually moved from being a complex human being to a safe idea, a living icon defined by an America that loves to believe that in its essence, it is as great as the black man who boldly stated that he was the greatest of all time.

The transformation of Muhammad Ali into a transcendental figure usually begins with his refusal in 1967 to report to the United States Army, as a protest against the draft, and his opposition to the Vietnam War. By sacrificing three years of his athletic prime when his boxing license was suspended for his decision, Ali became a cause celeb among the white American youth who lead most of the Vietnam protests.

“Man, I ain’t got no quarrel with them Viet Cong,” Ali would say famously. That simple phrase brought voice to the absurdity of a black man traveling halfway around the world to kill Third World peoples under the rubric of creating a free and democratic Vietnam, while America failed to do the same for its African-American citizens.

And even though there was a substantial portion of white America who resented his Vietnam stand, subsequently, most Americans eventually believed that the Vietnam War was, as the current Secretary of State John Kerry once called it, “a mistake.” This stance solidified Ali as a hero in unison with the aims of white America, and therefore his appeal as a true American hero.

But what white America almost universally rejects were the truly transformational steps Ali took get to the point where he could take a philosophical stand against the Vietnam War. In 1964, Ali declared, “I am the greatest,” just weeks before he’d shock the world by defeating heavyweight champion, Sonny Liston. That statement wasn’t just the braggadocio of a 22-year old, it was the opening salvo of a changed person. Ali couldn’t declare himself to be great, and then live up to that standard, until he’d come to a conclusion that Allah was great.

By discarding the shackles of a Christian religion and Christian name thrust upon him, changing from Cassius Clay to Muhammad Ali, the champ made a statement of freedom, the same statement that people of color were making all across the globe. The day of the white oppressor, the white colonist and the white supremacist controlling the lives of black, brown and yellow peoples through the Bible and the gun was coming to a close.

“Cassius Clay is a name that white people gave to my slave master. Now that I’m free, that I don’t belong to anyone, that I’m not a slave anymore, I gave back their white name, and I chose a beautiful African one.”

In America, Ali’s voice was a direct assault on the notion that in order for Ali to benefit from the fruits of America as the heavyweight champion, he needed to be as silent as Joe Louis, and fit within an American structure that sicced German shepherds on black children in Birmingham, Ala., and injected COINTELPRO into the Black Panthers. Ali’s loud proclamation of his Islamic faith was a direct rejection of white American values, white American expectations and white American limitations for black people. The fact was that Ali’s voice proved that he didn’t want those things white America thought should define him.

White America had always underestimated Muhammad Ali, being dazzled by the sizzle of his knockout predictions, his proto-hip-hop poetic verses, and the style and grace rarely seen in a brutal sport. Early on, he’d been derided as the Louisville Lip, the black boxer who needed a good whipping to be shut up. For years, white America would search for that opponent to close Ali’s mouth. From Joe Frazier, Ken Norton, Ron Lyle, and all the others, Ali would defeat and be defeated, but never quieted. Never quieted until the poundings from the sweet science would contribute to the onset of a disease that would take away the one thing that Ali had used to transform himself and the world: his voice.

He’d be diagnosed in 1984, four years after having taken a brutal beating from his one time sparring partner, Larry Holmes. It’s ironic that Parkinson’s would afflict Ali voice during the same year Michael Jordan would enter America’s consciousness as the black athletic superstar whose own voice was tinged by profit margins, and filtered through multiple layers of nothingness. The era of the corporate black athlete had arrived, and Ronald Reagan’s ‘Greed is Good’ Gordon Gecko ethos meant that Ali’s voice was now marginalized, while the white American boxes that kept modern black athletes in line with millions of dollars and basketball shoe deals flourished.

And as the years went on, and the Parkinson’s rendered Ali’s voice silent, white America hoped to redeem itself by acknowledging Ali’s genius and heroism. As his shaking hand and arm struggled to light the Olympic torch during the 1996 Summer Olympic Games in Atlanta, Americans of all stripes climbed over themselves to praise Ali, proclaiming that he’d always been their personal hero.

In essence, the latter years of Ali’s life saw his voice gentrified to what white America felt was safe. Standing ovations at arenas, concerts, and University of Louisville games, where he’d be wheeled out to midfield to receive the adulation of a city where he’d once said, “blacks were treated like dogs.” Had the plight of African Americans in the city changed, and if so, what did Ali think about that change? That we’ll never know, as he’d been reduced to people shoving a microphone close to his mouth, hoping for a whispered funny line or two, that sizzle that had one time talked about floating like a butterfly, and stinging like a bee. But never the powerful political voice of the 1960s and 1970s, the one that had demanded rights for those without them.

Ali the Idea became real, as Ali the Man receded. The universal hero, black and white, Democrat and Republican, north, south, east and west, it didn’t matter. The Ali voice that demanded something of a white America that intentionally forgot about the plight of minorities was now itself forgotten. And that’s the great tragedy. For the past thirty years, we lost our ability to listen to an authentic Ali voice.

So now that he is dead, we have to ask the question as to who gets to decide which Ali voice gets heard and remembered. Which Ali voice, the one that challenged America to be better, or the one that imagines Ali being the silent façade on which he could mean everything to everyone?

In an America where Donald Trump is the Republican presidential nominee, running on a platform of ‘Making America Great Again’ while demanding the deportation of Muhammad Alis and his fellow Muslims, which one should we remember?

More importantly, if Ali’s voice could speak clearly to us today, what would it demand we remember? After all, Ali did say, “I don’t have to be what you want me to be.” But are we going to make him into something he wasn’t? By making the right choice on his legacy, we do right by the greatest of all time. If we miss, we silence his true voice forever.

Lawrence Ross is the author of the Los Angeles Times best-seller The Divine Nine: The History of African American Fraternities and Sororities. His newest book, Blackballed: The Black and White Politics of Race on America’s Campuses, is a blunt and frank look at the historical and contemporary issue of campus racism on predominantly white college campuses. Follow him on Twitter and Instagram. 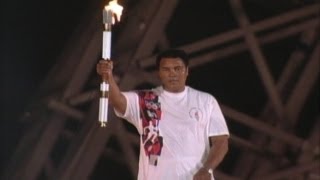