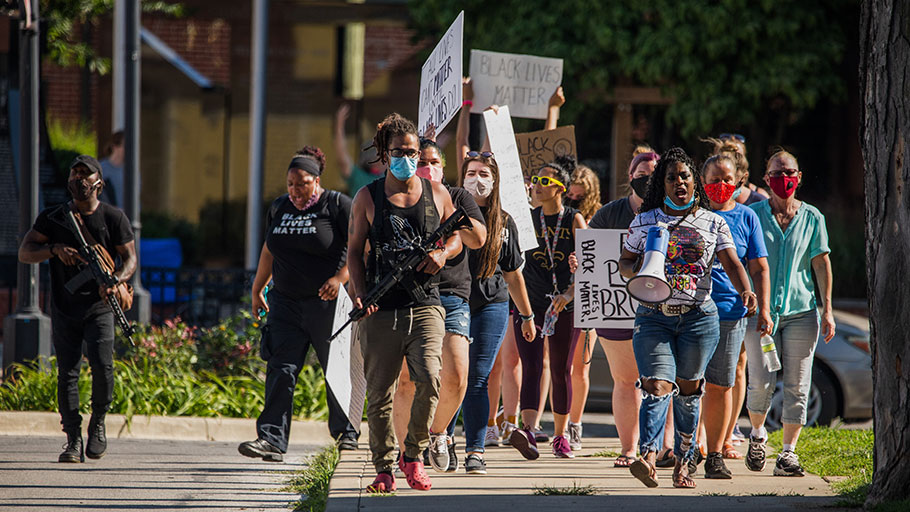 After the civil rights era, white Americans failed to support systemic change to end racism. Will they now?

You Are Here: Home » Blog » Commentaries/Opinions » After the civil rights era, white Americans failed to support systemic change to end racism. Will they now?

In principle, white Americans support efforts to end racism. But in practice, they have long been unwilling to support the fundamental change needed to do that. Will this year’s events change that?

The first wave of the Black Lives Matter movement, which crested after the 2014 police killing of Michael Brown in Ferguson, had the support of less than half of white Americans.

Given that Americans tend to have a very narrow definition of racism, many at that time were likely confused by the juxtaposition of Black-led protests, implying that racism was persistent, alongside the presence of a Black family in the White House. Barack Obama’s presidency was seen as evidence that racism was in decline.

The current, second wave of the movement feels different, in part because the past months of protests have been multiracial. The media and scholars have noted that whites’ sensibilities have become more attuned to issues of anti-Black police violence and discrimination.

After the first wave of the movement in 2014, there was little systemic change in response to demands by Black Lives Matter activists. Does the fact that whites are participating in the current protests in greater numbers mean that the outcome of these protests will be different? Will whites go beyond participating in marches and actually support fundamental policy changes to fight anti-Black violence and discrimination?

As a scholar of political science and African American studies, I believe there are lessons from the civil rights movement 60 years ago that can help answer those questions. 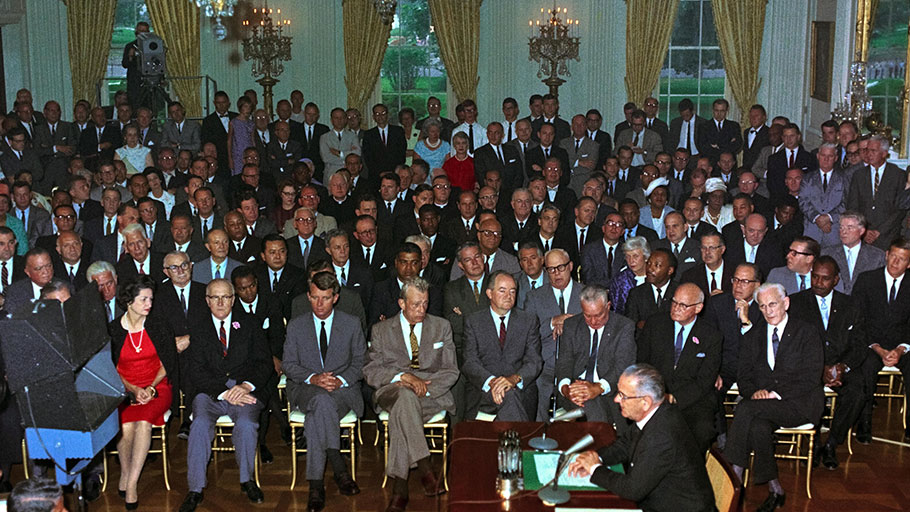 The challenges that Black Americans face today do not precisely mimic those of the 1960s, but the history is still relevant.

During the civil rights movement of the mid-20th century, there was a concerted effort among Black freedom fighters to show white Americans the kinds of racial terrorism the average Black American lived under.

Through the power of television, whites were able to see with their own eyes how respectable, nonviolent Black youth were treated by police as they sought to push the U.S. to live up to its creed of liberty and equality for all of its citizens.

Monumental legislation like the Civil Rights Act of 1964 and the Voting Rights Act of 1965 passed, purportedly guaranteeing protection from racial discrimination in many public spaces and equal opportunity to register to vote and cast a ballot.

Additionally, whites were increasingly likely to report attitudes that many would now view as nonracist over the following several decades. For example, white Americans were more willing to have a nonwhite neighbor. They were less likely to support ideas of biological racism or the idea that whites should always have access to better jobs over Blacks.

But these changed values and attitudes among whites never fully translated into support for government policies that would bring racial equality to fruition for Blacks.

White Americans remained uncommitted to integrating public schools, which has been shown to drastically reduce the so-called racial achievement gap. Whites never gave more than a modicum of support for affirmative action policies aimed to level the playing field for jobs and higher education.

This phenomenon – the distance between what people say they value and what they are willing to do to live up to their ideals – is so common that social scientists have given it a name: the principle-policy gap.

White Americans’ direct witness of police brutality led to a shift in racial attitudes and the passage of significant legislation. But even these combined changes did not radically change the face of racial inequality in American society.

By the 1970s and 1980s, political leaders would capitalize on whites’ sentiments that efforts for racial equality had gone too far.

That created an environment that allowed the retrenchment of civil rights-era gains. The Republican Party’s so-called “Southern Strategy,” which aimed to turn white Southern Democrats into Republican voters, was successful in consolidating the support of white Southerners through the use of racial dog whistles. And the War on Drugs would serve to disproportionately target and police already segregated Black communities.

By the 1990s, racial disparities in incarceration rates had skyrocketed, schools began to resegregate, and federal and state policies that created residential segregation and the existing racial wealth gap were never adequately addressed. 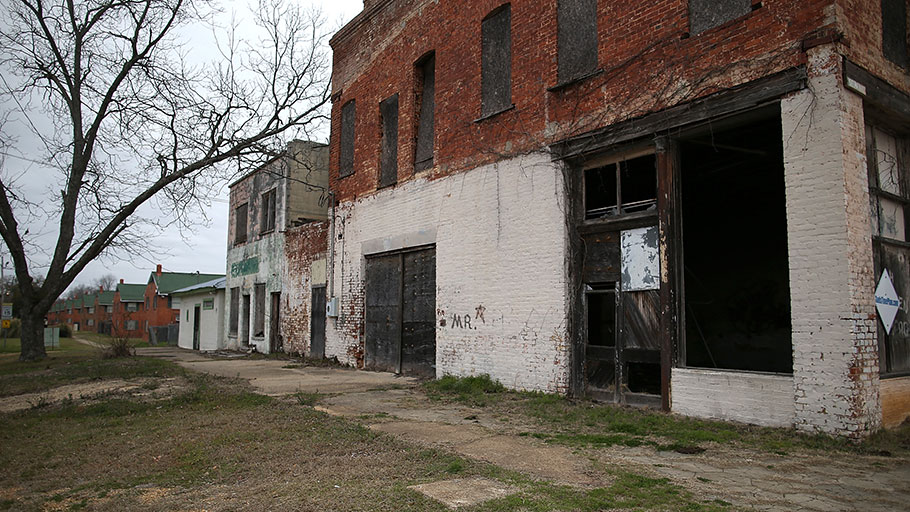 Fifty years after police brutality toward young Blacks in Selma, Alabama, awakened whites to violent racism in the U.S., Selma, shown here, is a struggling city.

From understanding to action?

Scholars have made efforts to reveal the intricate and structural nature of racism in the U.S. Their analyses range from showing how racial disparities across various domains of American life are intricately connected rather than coincidental; to highlighting the ways in which race-neutral policies like the GI Bill helped to set the stage for today’s racial wealth gap; to explaining that America’s racial hierarchy is a caste system.

But my research shows that white Americans, including white millennials, have largely become accustomed to thinking about racism in terms of overt racial prejudice, discrimination and bigotry. They don’t see the deeper, more intractable problems that scholars – and Black activists – have laid out.

Consequently, it has taken a filmed incident of incendiary racism to awaken whites to the problems clearly identified by Black activists, just as it did for previous generations.

My research also shows that individuals’ understanding of the problem influences their willingness to support various policies. A big issue that our society faces, then, is that white Americans’ understanding of racism is too superficial to prompt them to support policies that have the potential to lead to greater justice for Black Americans.

Some have suggested that this second wave of the Black Lives Matter movement is the largest social movement in American history. These protests have led local representatives to publicly proclaim that Black Lives Matter; policymakers, government officials and corporations to decry and remove Confederate symbols and racist images; and congressional as well as local attempts to address police accountability.

But, as after the civil rights era, the principle-policy gap seems to be reappearing. Attitudes among whites are changing, but the policies that people are willing to support do not necessarily address the more complex issue of structural racism.

For example, polling reveals that people support both these protests and also the way that police are handling them, despite evidence of ongoing brutality.

The polling also shows that the majority of Americans believe that police are more likely to use deadly force against Black Americans than against whites. But only one-quarter of those polled are willing to support efforts to reduce funding to police – a policy aimed to redistribute funds to support community equity.

More whites are willing to acknowledge white racial privilege, but only about one in eight support reparations to Blacks.

Americans may choose to dig deeper this time around. Some state legislators, for example, are attempting to leverage this moment to create more systemic changes beyond policing – in schools, judicial systems and health matters.

But ultimately, Americans will have to overcome two intertwined challenges. First, they will have to learn to detect forms of racism that don’t lend themselves to a mobile-phone filming. And they will have to recognize that dismantling centuries of oppression takes more than acknowledgment, understanding and well-meaning sentiment. It takes sacrifice and action.

This article is republished from The Conversation under a Creative Commons license.