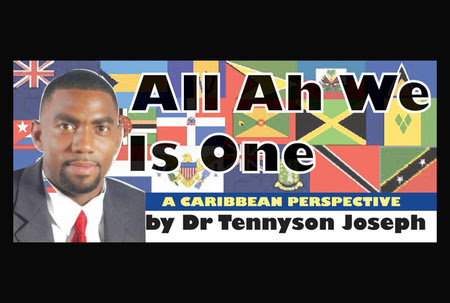 ALL AH WE IS ONE: Lessons from Jamaica

You Are Here: Home » Blog » Commentaries/Opinions » ALL AH WE IS ONE: Lessons from Jamaica

IN A RECENTLY published journal article, I argued that Caribbean election results roughly since 2000 have been reflecting a “collapse of the post-colonial order”.

My main argument of was that since sitting governments have been abandoning the social democratic, state-led welfarist policies which had defined the post-colonial development framework, our general elections are now reflecting more and more features like “one-term governments”, “narrow majorities”, “narrow escapes” and “near misses”, all reflective of the intentions of our electorates to punish sitting governments.

The rejection of the Portia Simpson Miller People’s National Party (PNP) administration after one term by a one-seat majority, following the previous collapse of the Andrew Holness Jamaica Labour Party (JLP) government after one term in 2011, sustains the empirical basis for the claims being made for the prevalence of anti-incumbency as Caribbean governments make themselves agents of capitalist accumulation rather than agents of people advancement.

The lesson for Barbados and the Caribbean in the one-term defeat of the PNP in the February 2016 Jamaica election, however, goes beyond the one-term phenomenon and the narrowness of the victory. The main lesson in the PNP defeat resides in the error by a historically social democratic party, falsely assuming that its role is to impress the International Monetary Fund (IMF) and international creditors, rather than to serve the people.

As a Jamaican social commentator Lloyd D’Aguilar has commented, “the PNP foolishly believed that faithfully complying with IMF demands to satisfy creditors FIRST regardless – local and foreign – is the basis for economic growth. Nothing could be further from the truth. Experientially, the people knew this to be false to the core whether they voted for the JLP or the PNP”.

Despite the historical inheritance of the current PNP leadership as the party of social democracy, the intellectual barrenness of a new generation of leadership has erroneously adopted the view that its goal is to manage a society according to the wishes of external bosses.

Significantly, the JLP, despite its rejection of social democracy, was astute enough to make the promise of the removal of large sections of the population from the tax roll a central pillar of its election campaign.

In response to this D’Aguilar has asserted, asked and answered: “The JLP’s promise to increase the income tax threshold from $500 000 to $1 500 000 was implicitly a referendum on the IMF agreement . . . . Is the JLP proposal a gimmick? It most likely will be, UNLESS the people demand and hold Andrew Holness and the JLP to their referendum victory.”

It is interesting that a few days after the PNP defeat, the Minister of Commerce in Barbados, Donville Inniss, was expressing publicly the need for a tax ease in Barbados.

Look out for more gimmicks on display as more elections draw nigh. Forward Ever!

Tennyson Joseph is a political scientist at the University of the West Indies, Cave Hill Campus, specialising in regional affairs. Email tjoe2008@live.com.