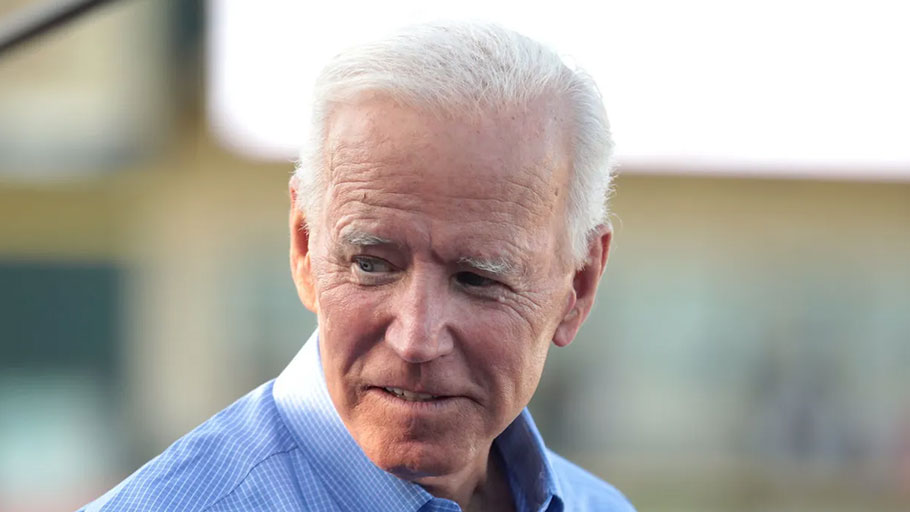 Democrats — and the U.S. — won’t have a future if Biden adopts a centrist agenda

You Are Here: Home » Blog » Commentaries/Opinions » Democrats — and the U.S. — won’t have a future if Biden adopts a centrist agenda

It is up to the Democratic president-elect to ensure the future of both his party and the nation. Moving to the right, or even the center, will do neither.

President-elect Joe Biden has called the November 2020 U.S. election a “battle for the soul of the nation.” In offering himself up as a contrast to President Donald Trump, Biden made a clear distinction between his political agenda and statesman-like behavior, and that of Trump. Ultimately, millions more Americans chose Biden over Trump and gave him a larger mandate than any other presidential candidate in American history. Biden’s victory was possible in large part due to an alliance between Bernie Sanders–backing progressives and the centrist liberals who longed for a return to the Obama years. Now begins a battle for the soul of Joe Biden.

For years, the two major parties had tacked toward the center when running candidates for president. It seemed logical to assume every four years that most American voters would prefer someone who tried to appeal to the mass of voters in the middle rather than one end of the political spectrum. But since Ronald Reagan, the Republican Party has shifted further and further to the right, culminating in Donald Trump’s extremist right-wing presidency—a “reign of terror” that looks like none other in history. To keep up, Democrats moved to the right as well, hoping eventually they would catch up to a now-mythical centrist majority that would ensure their electoral victories. Instead, Americans were becoming disillusioned with politics and simply not participating. In 2016, there were three blocs of eligible voters: those who voted for Trump, those who voted for Clinton, and those who didn’t vote. While Trump’s share was the smallest of the three, the latter was the largest grouping.

After three years of watching Trump’s disastrous presidency unfold, progressives worked hard alongside liberals and even anti-Trump Republicans this past year to convince disillusioned American voters that everything was at stake in 2020 and that the future of the nation depended on their participation. Voter turnout surged all over the nation, but it grew particularly in swing states among those demographics who identify as progressive—such as young people of color.

For example, in Philadelphia, whose Democratic votes helped deliver the critically important state of Pennsylvania for Biden, a young Black organizer with the Working Families Party named Nicolas O’Rourke wrote, “As usual, the Democratic Party played to a mythical swing voter while taking Black and brown voters for granted.” He explained, “It was up to our progressive movement to street canvass Philadelphia’s early vote centers and distribute water and face masks and answer voters’ questions.”

Although Biden clearly and decisively won the presidency—notwithstanding pandemic-related delays to casting and counting votes—his party did not win much beyond the White House. Democrats lost seats in the House of Representatives and failed to win an outright Senate majority as they had hoped. The centrists wasted no time in blaming progressives for those losses. Congresswoman Alexandria Ocasio-Cortez (D-NY) in an interview with the New York Times countered with cold hard facts: “Every single candidate that co-sponsored Medicare for All in a swing district kept their seat. We also know that co-sponsoring the Green New Deal was not a sinker.” Indeed, the ranks of young progressives of color in Congress increased.

While one can indeed counter that it is easier to run as a staunch progressive for lower office in densely populated diverse urban centers than it is to run for president of the entire nation, Trump proved that even with a narrow agenda and forceful populist rhetoric, it is possible to win a national election. Indeed, Biden won voters all across the nation by running on a platform that was deeply influenced by progressives.

Now, Biden’s task is to make sure that the Democratic Party’s political future is assured in two years at the 2022 midterm elections, and just as importantly in four years, as Trump has already considered launching a new White House bid for 2024. More importantly, he needs to ensure that millions of Americans do not fall through the financial fissures wrought by the devastating pandemic, that climate catastrophe can be avoided, that the torture of immigrants can end, that devastating wars are terminated and more.

He can protect both his party’s political future and his people’s well-being by moving decisively to the left, not to the right (which is often erroneously labeled “the center”). It is progressive policies like Medicare for All, raising the minimum wage, taxing the wealthy and corporations, adopting the Green New Deal, legalizing immigration, and ending wars that are actually popular. But forceful red-baiting propaganda unleashed by right-wing forces have scared centrist Democrats like Abigail Spanberger (D-VA), whose explanation of her party’s down-ballot losses was the use of the word “socialism.” Spanberger lashed out against progressives, saying, “We need to not ever use the word ‘socialist’ or ‘socialism’ ever again.” But Biden did not use those words during his campaign, except to unequivocally denounce the idea of “socialism.” He reveled in the fact that he beat the socialist candidate Senator Bernie Sanders (I-VT) in the primary elections. None of the down-ballot candidates explicitly identifying as socialists lost their races, and in fact, the left did quite well on election night.

The fact is that Republicans will say and do anything to win elections and label Democrats “socialist,” whether or not it is true. Allowing the extremist right wing to dictate the direction of the Democratic Party simply gives Trump and his backers the leverage that they can and will use to crush liberals and progressives alike.

Biden and Democrats can and should thread the needle by proudly adopting progressive and popular policies and brushing off accusations of being socialist without taking the bait. If Medicare for All is socialist, then so is ‘Medicare for Some,’ which is what we currently have. If raising the minimum wage is socialist, then Florida voters just proudly claimed the mantle in deed while denouncing it in word. The Green New Deal is as socialist as Franklin Delano Roosevelt’s original plan for which it is named. If ending war is considered socialist, then so is Trump, who pledged to bring troops home. It is not difficult to make the case for progressive policies simply because they are popular. The only case to be made against tacking left is through fearmongering propaganda, which Republicans are adept at.

Will Biden do what needs to be done to ensure his party and nation’s future? Among the first items on his agenda appear to be reversing many of Trump’s worst executive orders. This is an easy and uncontroversial first step. But Biden faces serious pressure to veer rightward. He appears to be bending to Republican power in forming his Cabinet. According to an Axios report, Senate Majority Leader Mitch McConnell (R-KY) “would work with Biden on centrist nominees but no ‘radical progressives’ or ones who are controversial with conservatives.” Conservative and centrist media pundits have warned Biden repeatedly that he would need to tack to the right. They cite Biden’s talk of “unity” as a reason to justify landing in the center.

But voter concerns do fit not neat geometrical shapes where the right and left can be folded into a middle ground that means rejecting both ends of the spectrum. The middle ground can be centered on a rejection of cruelty, abuse, corruption, corporate greed, war, racism, misogyny, homophobia, and dishonesty. The middle ground can be centered on popular policies that directly benefit people. In other words, Biden needs to reshape himself into a left-wing populist, and he can do so without explicitly labeling himself as such. The future of the nation and planet depend on it.

Sonali Kolhatkar is the founder, host and executive producer of “Rising Up With Sonali,” a television and radio show that airs on Free Speech TV and Pacifica stations.