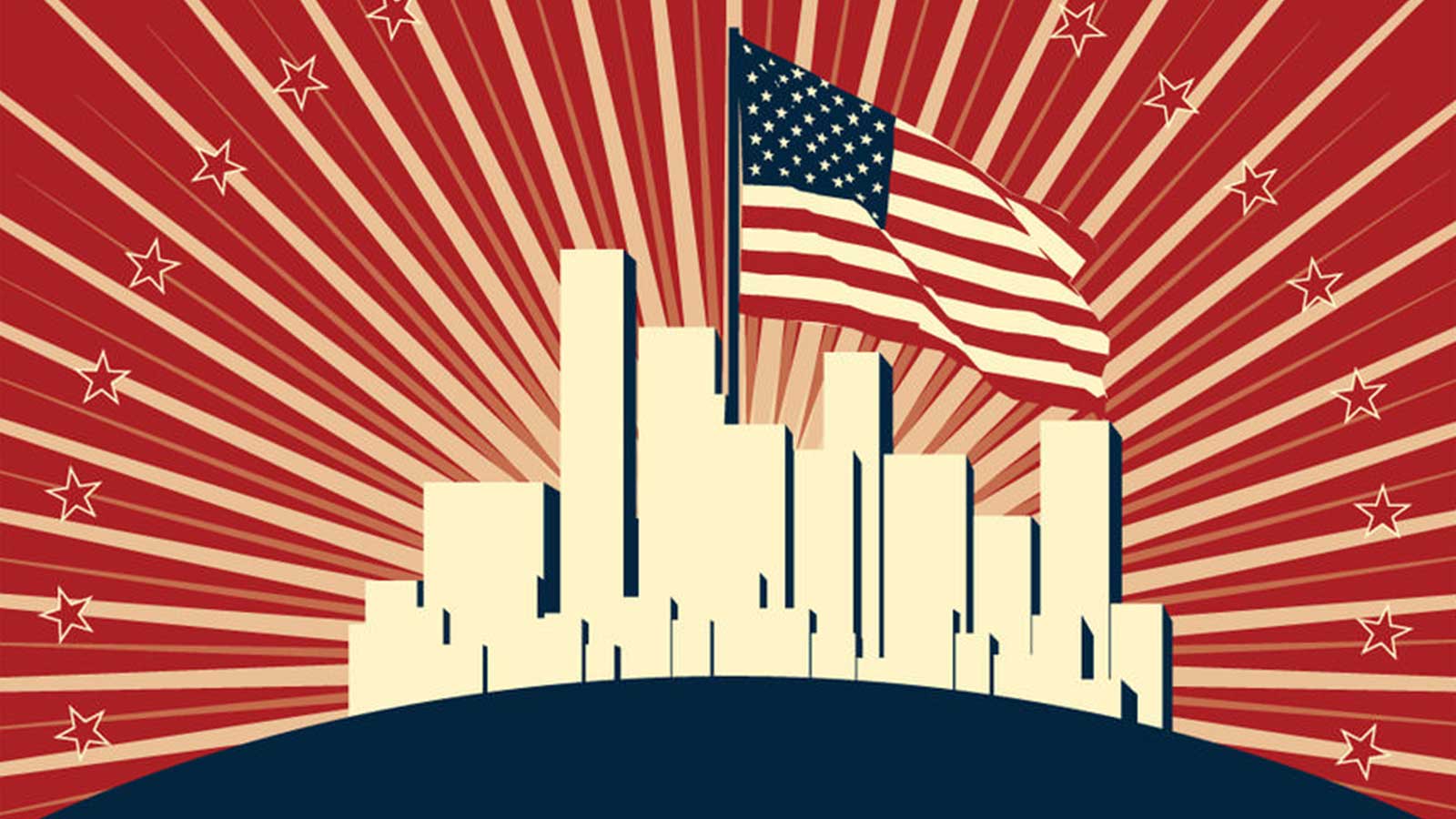 America, the exceptional, the indispensable nation in the world? Pure fantasy

You Are Here: Home » Blog » Commentaries/Opinions » America, the exceptional, the indispensable nation in the world? Pure fantasy

Sorry to say, America Is not the model for the world.

By Michael Payne, Nation of Change —

How many times have we all heard those words, that this country is the exceptional, indispensable nation in the world? Here is an article from Fox News that makes that claim, one of many thousands of similar articles that have been written over the years. The following first paragraph says it all. 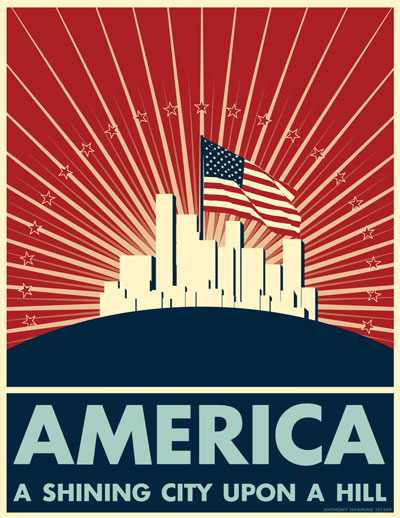 “That is why America is the one essential, one exceptional nation, the one indispensable nation. It is why the American Dream is admired by our friends and foes alike. And that is why I am proud to be an American.”

I’m sorry but I have to disagree with that belief by Fox News because the idea that America is that exceptional, indispensable nation is no more than a fantasy. And here is why:

One thing that we should all understand is: don’t try to say that you are something that you simply are not.

The illegal, totally immoral wars of Vietnam, Iraq, and Afghanistan in which millions of people were killed or forced into exile were an abomination, nothing to be proud of; as were the unconscionable drone attacks on the country and people of Yemen?

When the Twin Towers were attacked 15 out of the 19 hijackers were Saudi Arabian nationals. Why then did Bush/Cheney launch an attack on Afghanistan instead of Saudi Arabia?

And, further, we sent several hundred thousand troops to hunt Bin Laden down, when Special Forces could have done the job. And why in the world, after he was killed, did the U.S. need to stay for 20 more years?

Why would the exceptional, the indispensable nation of the world have so much societal violence? A country that has some 400 million guns, including deadly military-style assault weapons, in the possession of its citizens.

We watch as mass shootings happen day in and day out killing innocent people that do not deserve to die. Our children go to school and could be victims of a deadly attack at any time. The members of the U.S. Congress watch one mass shooting after another and do absolutely nothing, they just look the other way.

Could a remarkable, outstanding nation have a totally dysfunctional government that has lapsed into a state of political paralysis, with a useless, thoroughly corrupted, Senate? If any of these House and Senate members were in high positions of responsibility in the business world and performed as they do in this Congress, they would be tossed into the street.

What a country? America is no longer threatened by foreign terrorists (that never were the greatest of threats to this country) but now it is threatened by Domestic Terrorists that live all around us. There are the terrorist groups – QAnon, the Proud Boys, the Oath Keepers, and others who hate what is going on in this country and who would like to take control.

It’s widely believed that these groups were directly involved in the insurrection that took place on Jan. 6 at our nation’s Capitol. It’s also believed that these extremely violent domestic terrorists were doing this at the behest of Trump, their Commander-in-Chief. The House Jan. 6 special committee is beginning the investigation into this matter. Better watch out Trump!!

And, unless I’m sadly mistaken, we will see any number of Republican congressmen found to be complicit, guilty of aiding and abetting the terrorists.

It’s as if America is at war with itself. We have elements in this country, from the political establishment to the social order, to the business world, at odds with one or the other. It starts with this Congress in which we see dissension and gridlock like never before. Then we have white supremacists against African Americans, Republicans against Muslims, and on and on.

A polarized nation and people, heading for a modern-day Civil War if they keep going in the wrong direction. We have the police stopping African Americans for minor traffic violations or an expired license sticker, situations that easily lead to deadly confrontations.

Racism is a continuing plague upon our nation, with police brutality being one of its most egregious parts. It seems to be never-ending. There is something deeply embedded in the hearts and minds of certain Americans and police officers that causes the tragic death of some black male.

There are many other forms of racism in America that need to be eliminated but if we can’t find ways to put an end to this police brutality we will never see the end of this nationality tragedy.

How could the exceptional nation elect a failed businessman, who had no idea of how government functions, complete ignorance of the U.S. Constitution, and one who the nation’s best psychiatrists have stated is mentally unstable?

This former pretend-resident has been telling this ridiculous “Big Lie” over and over, day in and day out, that the 020 elections were stolen from him This was probably the greatest political lie in history. That he continues to peddle this crap, and millions of his supporters believe him, is incomprehensible.

This was a fake president who was and is an enemy of the Constitution, our democracy, and the rule of law. He was determined to take down our democracy and install an autocratic government in which he possessed the entire power and control. Let’s call him a dictator in waiting.

Where does the U.S. stand relative to world rankings in education, primarily math and science? In 2020 the U.S. ranked 25th in math and 22nd in science. That’s not an aberration because when I check these stats in various years, they remain almost the same.

The U.S. healthcare system is a world embarrassment. In a recent world study of healthcare systems among the richest countries, the U.S. came in 25th place overall, just pathetic. What’s the problem? All these other nations have some form of universal healthcare in which every person is covered.

What about the US? It doesn’t have one universal system for everyone, it has 5 separate systems that are not well coordinated; the private system where wealthy Americans can “buy” the best care available; then there is Medicare, Medicaid, Obamacare, and the VA system for veterans. The overall cost of these systems is 2 to 2-12 times more than the average cost of the systems of the other nations.

Americans badly need Medicare for All but Republicans block every attempt to get there.

As the variant virus rapidly spreads across America, we have these “exceptional” Americans who continue to refuse to be vaccinated and are a dangerous threat to others. We also have some half-witted state governors who are watching the number of Covid19 cases increase dramatically and refuse to impose a mandate to wear masks and urge people to get vaccinated.

So, we can conclude that America is not the exceptional, not the indispensable nation of the world. But it’s not America the country that prevents it from possessing that distinction. Rather, it’s the shoddy, thoroughly corrupted U.S. government, that is the problem. It’s the antithesis of exceptional and indispensable.

Sorry to say, America Is not the model for the world. It is much too violent, it has a terribly dysfunctional government, its military is far too aggressive, and the society is deeply divided. So, the world must look elsewhere to find that exceptional and indispensable nation.

Michael Payne is an independent progressive activist. His writings deal with social, economic, political and foreign policy issues; and especially with the great dangers involved with the proliferation of perpetual war, the associated defense industry, and the massive control that Corporate America holds over this government and our election process; all which are leading this nation down the road to eventual financial ruin if the conditions are not reversed. He is a graduate of Northwestern University, Evanston, Illinois and a U.S. Army veteran.