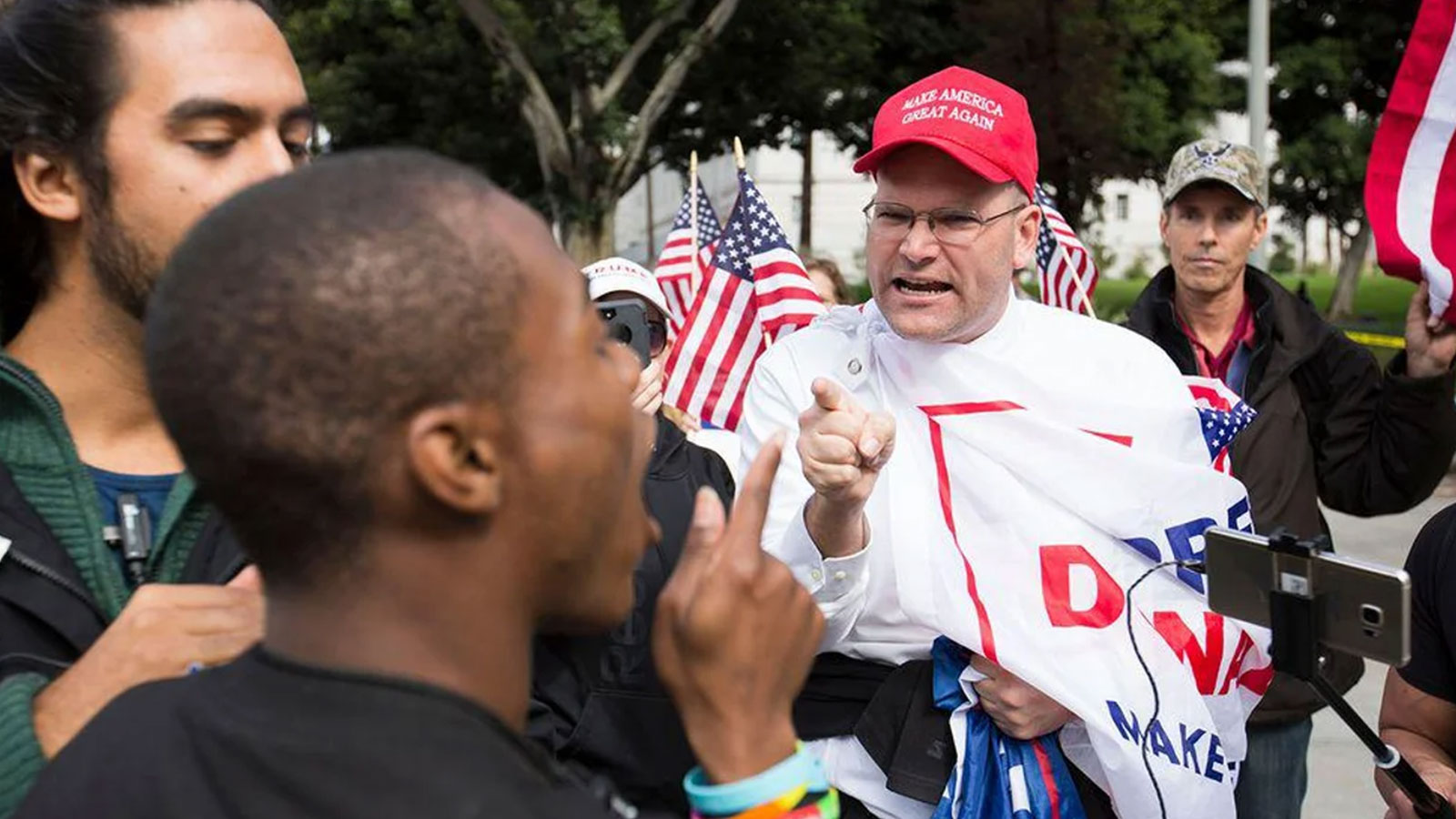 ‘An American Caesar’: How the right wing is embracing dark ideas once considered ‘unthinkable’

You Are Here: Home » Blog » Commentaries/Opinions » ‘An American Caesar’: How the right wing is embracing dark ideas once considered ‘unthinkable’

Donald Trump was hardly the first U.S. president to voice his support for authoritarians. But while President Richard Nixon saw it as practical to have an alliance with Spain’s dictator Gen. Francisco Franco — arguing that at least El Generalísimo kept Soviet troops out of the streets of Madrid — he never praised Franco as a role model for the United States. Trump and his loyalists, in contrast, have openly praised far-right authoritarians like Hungary’s Victor Orbán, Turkey’s Recep Tayyip Erdogan, Russia’s Vladimir Putin and Brazil’s Jair Bolsonaro.

This open admiration for authoritarianism among Trump supporters is the focus of articles by The Bulwark’s Charlie Sykes and Vox’s Zack Beauchamp. Sykes, a Never Trump conservative, has stressed that one doesn’t have to be a liberal to believe in liberal democracy — and he warns that democracy is something that the MAGA right is outright contemptuous of.

“Something genuinely odd and disturbing is happening on the right,” Sykes observes in his column. “Ideas that would have been unthinkable just moments ago are now being normalized, and if anything, the drift toward authoritarianism seems to be accelerating. This includes the explicit embrace of the idea of an American dictator — an American Caesar. Literally and seriously.”

Sykes cites some specific examples of Trumpian authoritarianism. In Arizona, State Sen. Wendy Rogers, a far-right MAGA Republican, has advocated imprisoning the “entire Maricopa County Board of Supervisors” over a dispute about the 2020 election. And the pro-Trump publication American Greatness has praised Portuguese dictator António de Oliveira Salazar.

AZ State Senator Wendy Rogers is calling for the arrest of the five members of the Maricopa County Board of Supervisors, and says they should be put in solitary confinement for resisting the fraudit. pic.twitter.com/QTmVTwb2NO

Sykes explains, “The publication that unironically calls itself American Greatness likes to think of itself as the ‘intellectual’ home for MAGA World. Despite its dalliance with raw racism and a fetish for sedition, American Greatness’s roster of contributors includes such right-wing luminaries as Victor David Hanson, Seb Gorka, David Harsanyi, Conrad Black, Roger Kimball, Mark Bauerlein, Josh Hammer, Ned Ryun, Dennis Prager and Salena Zito. It recently published an endorsement of military coups by a retired military guy with close ties to Trumpworld.”

In his Vox article, meanwhile, Beauchamp discusses a pattern of “conservative anti-Americanism.”

“Conservative anti-Americanism still pays lip service to love of country,” Beauchamp writes. “Its proponents declare themselves the true patriots, describing their enemies as the nation’s betrayers. But when the cadre of traitors includes everyone from election administrators to Olympians to the Capitol Police, it becomes clear that the only America they love is the one that exists in their heads. When they contemplate the actual United States — real America, if you will — they are filled with scorn.”

Beauchamp quotes Paul Elliott Johnson, a University of Pittsburgh communications professor, as saying, “They see no role or place for themselves in America now.” And Beauchamp describes “conservative anti-Americanism” as “hyper-patriotism gone sour — a belief in a fictional ideal of a perfect right-wing America that’s constantly betrayed by reality, leading to disillusionment and even disgust with the country as it actually exists.”

According to Beauchamp, the fact that Carlson and Fox News’ Laura Ingraham were recently mocking police officers attacked during the storming of the U.S. Capitol Building on January 6 is a blatant example of “conservative anti-Americanism.” Another example is an essay by writer Glenn Elmers for the Claremont Institute’s website the American Mind. Elmers wrote, “Most people living in the United States today — certainly more than half — are not Americans in any meaningful sense of the term.”

Scholar David Walsh, who has studied the history of the American right at the University of Virginia, told Beauchamp, “For most parts of the right, there was this idea that you could still redeem the country — that you could reverse these long-term trends by political organizing, electing conservatives to political office, etc. Today, there is this move away from even the trappings of the American democratic tradition — and I think that is linked to the broader sense that this country can no longer be redeemed.”

Source: AlterNet
Featured Image: A White Trump supporter and and a young African American man argue during an immigration protest.