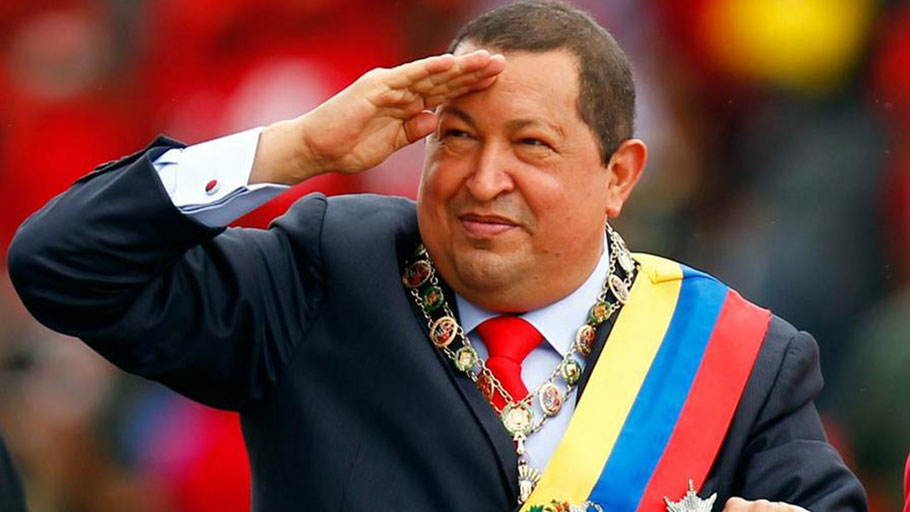 A Barbadian and Caribbean Tribute to Hugo Chavez

You Are Here: Home » Blog » Commentaries/Opinions » A Barbadian and Caribbean Tribute to Hugo Chavez

“The evidence is clear for all to see that Hugo Chavez was one of the greatest and most genuine friends that our Caribbean region has ever had!”

Hugo Chavez burst on the scene in the early 1990’s at a time when Venezuela, and literally the whole of Latin America and the Caribbean was in the debilitating and degrading clutches of a seemingly rampant United States and Western European neo-liberal, imperialist system.

And this young army officer responded by consciously taking upon himself the mission of completing the revolution that the great liberator, Simon Bolivar, had embarked upon two hundred years earlier!

As a result, Chavez set out to unify Latin America and to secure its sovereignty and independence; to resurrect Latin American nationalism and to augment it with a 21st century brand of Socialism that would equip it to uplift and empower the hitherto marginalized components of the Latin American population; to nationalize Venezuela’s vast petroleum resources and to put them to work on behalf of the poor and the disenfranchised; to construct Third World solidarity and concrete South:South cooperation; to develop a new anti-capitalist and humanist approach to international relations; to righteously and aggressively confront “Imperialism” wherever and whenever it raised its ugly head; and — most importantly for us in the Caribbean– to build a bridge of friendship and mutual respect between Latin America and the Caribbean.

AND, AS AMBITIOUS AS THIS AGENDA WAS AND IS , THE AMAZING THING IS THAT CHAVEZ SUCCEEDED!

Concrete evidence of his success can be found in the current elevated levels of literally all of Venezuela’s social indicators as compared with the pre-Chavez years; in the fact that during the “Chavez era” a very significant number of Socialist and Nationalist political parties and movements came to power in Latin American countries ranging from Argentina in the south of the continent to Nicaragua in the north; in the existence of the Bolivarian Alliance of The Americas (ALBA), the Community of Latin American and Caribbean States (CELAC), the Union of South American Nations (UNASUR), the Africa-South America Summit, the Petro-Caribe Energy Cooperation Agreement, the Bank of the South (Bancosur), the Television Network of the South (Telesur), and the list goes on and on.

Additional evidence can also be found in the intangible quality of hope and optimism that Hugo Chavez inspired in hundreds of millions of breasts all across the globe— hope that a different and better world was indeed possible; hope that the noble, life-affirming political philosophy of Socialism would have a new lease on life in the 21st century; hope that men and women of goodwill could reach across boundaries of race, gender and nationality and embrace each other as brothers and sisters, as members of a unique and sacred human family.

And for us in the islands of the Caribbean– what type of future would we have had if Chavez had not played a critical role in mobilizing opposition to the devastating “Free Trade Area of the Americas” (FTAA) that U.S. imperialism was poised to impose upon our nations ? Indeed, it was Chavez, more than anyone else, who played the key role in defeating the “beggar thy neighbor” FTAA and substituting the alternative “prosper thy neighbor” ALBA for it!

Furthermore, how would our vulnerable Caribbean island economies have stayed afloat in the terrible years of international economic crisis between 2008 and 2012 were it not for the Petro Caribe lifeline that Chavez threw out to all and sundry across the Caribbean sea?

The evidence is clear for all to see that Hugo Chavez was one of the greatest and most genuine friends that our Caribbean region has ever had!

Hugo Chavez Frias may have died at the relatively young age of 58 years, but what a blazing, illuminating, enlivening and ennobling impact he had in that short life-span! He gave of himself— nay— he spent himself in the service of his Venezuelan country-men and women; in the service of his beloved Latin America and the Caribbean region; and in the service of a battered and bruised humanity.

By his brilliant and sacrificial living he has changed the world, and he will never be forgotten.

David Comissiong is president of the People’s Empowerment Party of Barbados and is president and founder of the Clement Payne Movement. Also, he is the author of the 2013 book It’s the Healing of the Nation: The Case For Reparations In An Era of Recession and Re-colonisation.