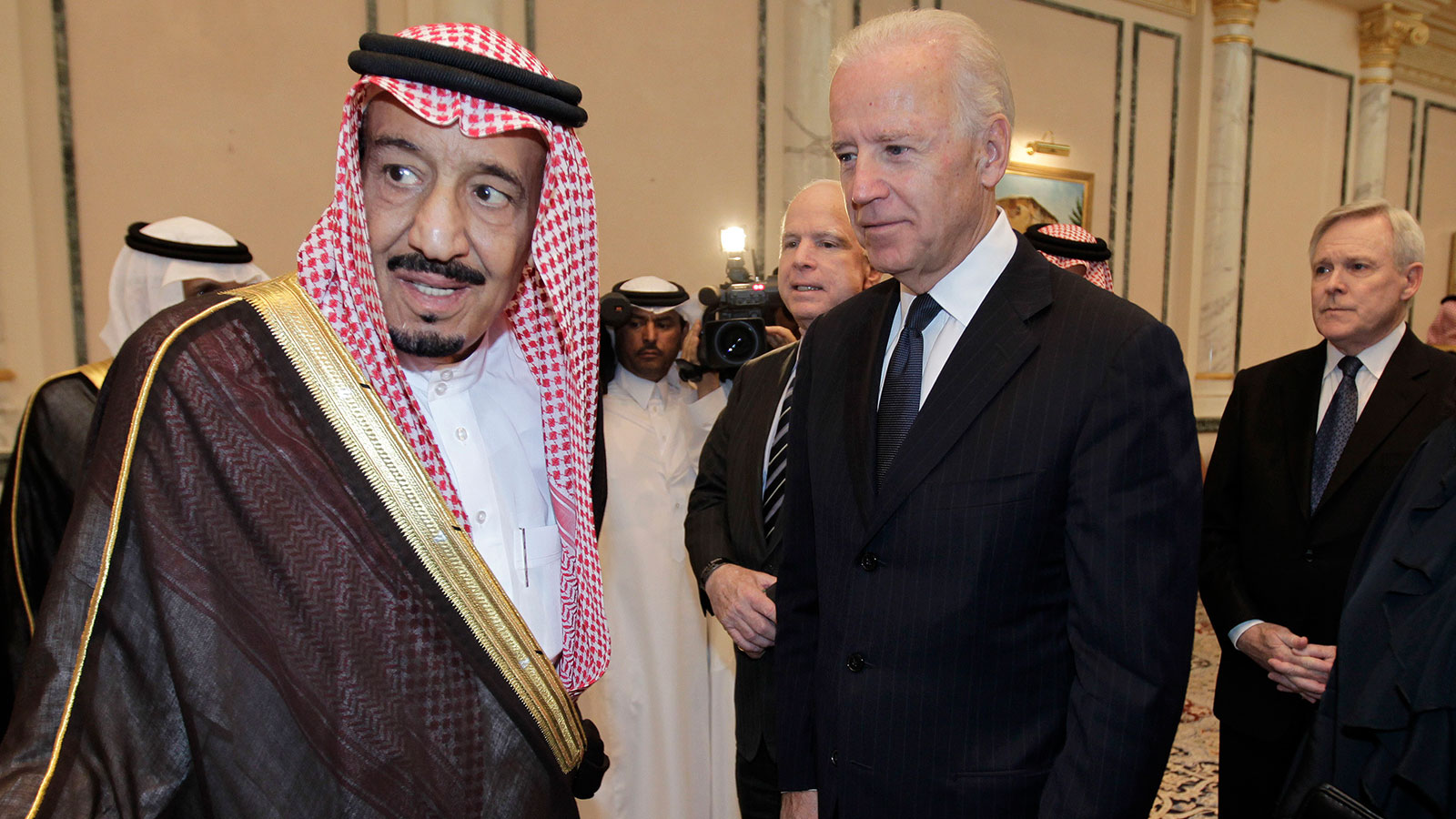 Biden once wanted to make Saudi Arabia a ‘pariah’ – so why is he playing nice with the kingdom’s repressive rulers now?

You Are Here: Home » Blog » Commentaries/Opinions » Biden once wanted to make Saudi Arabia a ‘pariah’ – so why is he playing nice with the kingdom’s repressive rulers now?

Joe Biden is set to make his first visit as president to the Middle East, during which he will meet the Saudi crown prince the US accuses of ordering the murder of a journalist.

By Jeffrey Fields, The Conversation —

Even before setting foot in the Middle East for his first visit to the region as president, Joe Biden felt compelled to defend a portion of the trip. “I know that there are many who disagree with my decision to travel to Saudi Arabia,” Biden acknowledged in an op-ed for The Washington Post. He went on to restate his commitment to human rights – an issue on which Saudi rulers have long stood accused of abusing.

The president will fly to the kingdom of Saudi Arabia directly from Israel on July 15, 2022. The trip comes a year after the Biden administration released a scathing intelligence report on the murder of Jamal Khashoggi which concluded that Saudi Crown Prince Mohammed bin Salman approved the operation “to capture or kill” the Saudi journalist.

In his Washington Post article, Biden touted the sanctions and visa bans introduced by the U.S. in response to the killing.

But the tone was certainly softer than the criticism of Saudi Arabia that Biden leveled while on the 2020 presidential campaign trail. Back then, he said his administration would turn this repressive kingdom – a longtime U.S. partner of convenience – into a global “pariah.”

The visit represents a reversal of rhetoric and policy for Biden, especially as the agenda includes a meeting with the crown prince accused over Khashoggi’s killing.

The Khashoggi affair highlights a persistent oddity in American foreign policy, one I observed in many years while working at the State Department and Department of Defense: selective morality in dealing with repressive regimes. Like his predecessors, Biden is grappling with the geopolitical reality that Saudi Arabia is needed to achieve certain U.S. objectives in the Middle East. Recent global developments – the war in Ukraine, fluctuating oil prices and ongoing inflation – underscore that reality. As Biden noted in his op-ed, to counter “Russia’s aggression” and put America in a position to “outcompete China,” the U.S. has to “engage directly with countries that can impact those outcomes.” And that means playing nice with the Saudis.

A panoply of dictators

Biden is not the only U.S. president to shy away from taking a harsh stance on the Saudis.

The Trump administration was reluctant to confront Saudi Arabia over the killing of Khashoggi, a Washington Post columnist who lived in Virginia. Beyond revoking the visas of some Saudi officials implicated in Khashoggi’s death, Trump did nothing to punish the kingdom for Khashoggi’s torture, assassination and dismemberment.

Trump and other White House officials reminded critics that Saudi Arabia buys billions of dollars in weapons from the U.S. and is a crucial partner in the American pressure campaign on Iran. Biden took a tougher line, approving the release of the intelligence report that blamed Crown Prince Mohammed for Khashoggi’s murder and sanctioning 76 lower-level Saudi officials. The crown prince, however, was not on the list of those being sanctioned.

Saudi Arabia isn’t the only nation to get a free pass from the U.S. for its misdeeds. The U.S. has for decades maintained close ties with some of the world’s worst human rights abusers. Ever since the United States emerged from the Cold War as the world’s dominant military and economic power, American presidents have seen financial and geopolitical benefit in overlooking the bad deeds of brutal regimes.

Before the Islamic revolution in 1979, Iran was a close U.S. ally. Shah Reza Pahlavi ruled harshly, using his secret police to torture and murder political dissidents.

But the shah was also a secular, anti-communist leader in a Muslim-dominated region. President Richard Nixon hoped that Iran would be the “Western policeman in the Persian Gulf.” 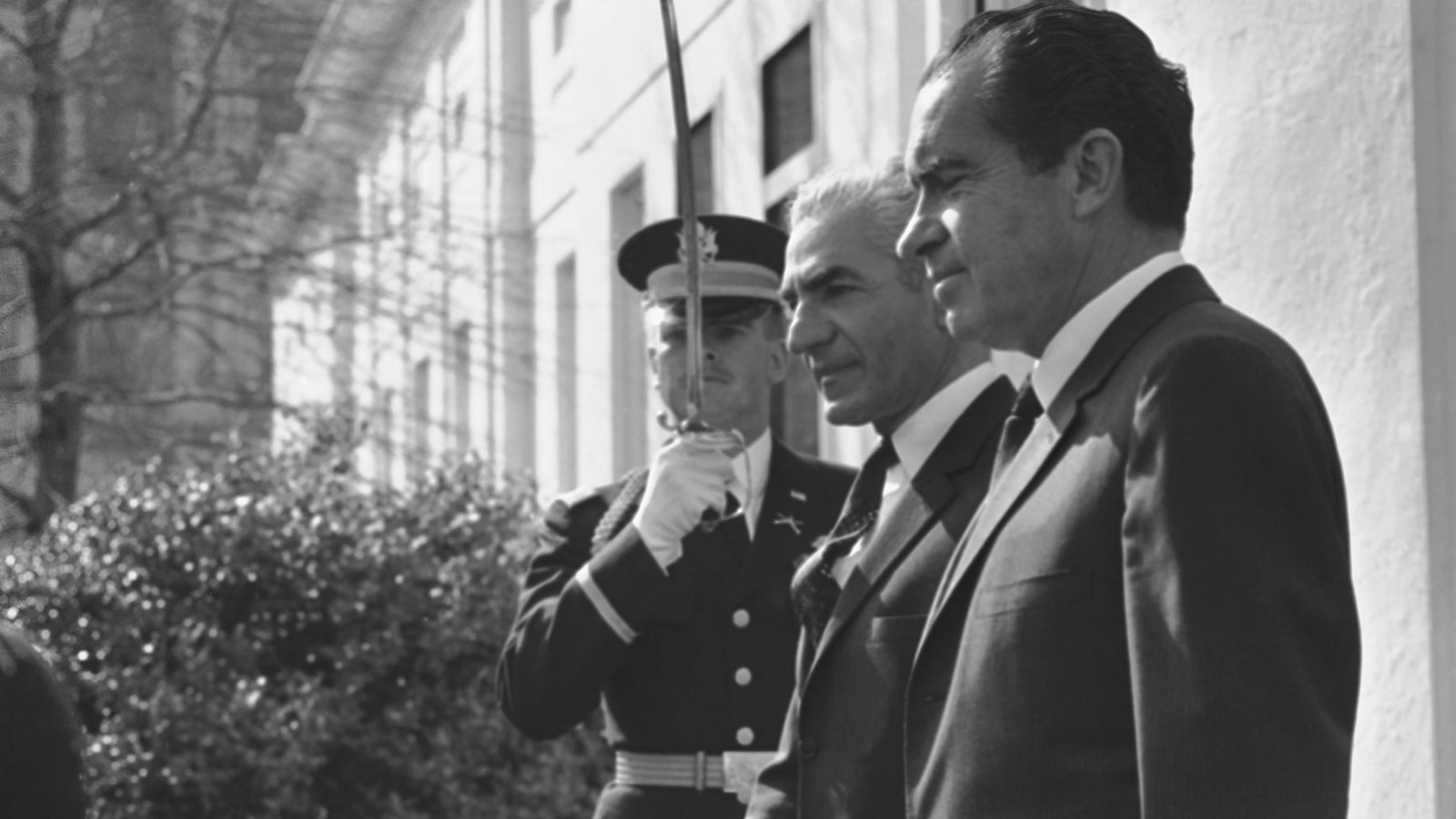 After the shah’s overthrow, the Reagan administration in the 1980s became friendly with Iraqi dictator Saddam Hussein. The U.S. supported him with intelligence during Iraq’s war with Iran and looked the other way at his use of chemical weapons.

And before Syria’s intense bloody civil war, which has killed an estimated 400,000 people and featured grisly chemical weapon attacks by the government, its authoritarian regime enjoyed relatively friendly relations with the U.S.

Syria has been on the State Department’s list of state sponsors of terrorism since 1979. But presidents Nixon, Jimmy Carter, George H.W. Bush and Bill Clinton all met with President Bashar al-Assad’s father, who ruled from 1971 until his death in 2000.

Before the assassination of Khashoggi by Saudi operatives, the 36-year-old crown prince was cultivating a reputation as a moderate reformer.

He has made newsworthy changes in the conservative Arab kingdom, allowing women to drive, combating corruption and curtailing some powers of the religious police.

Still, Saudi Arabia remains one of the world’s most authoritarian regimes.

Though women may now obtain a passport without the permission of a male guardian, they still need a guardian’s approval to get married, leave prison or obtain certain medical procedures. And they must have the consent of a male guardian to enroll in college or look for a job.

The Saudi government also routinely arrests people without judicial review, according to Human Rights Watch. Citizens can be killed for nonviolent crimes, often in public. From January to mid-November 2019, 81 people were executed for drug-related crimes.

Saudi Arabia ranks just a few places above North Korea on political rights, civil liberties and other measures of freedom, according to the democracy watchdog Freedom House. The same report ranks both Iran and China ahead of the Saudis on these measures.

But its wealth, strategic Middle East location and petroleum exports keep the Saudis as a vital U.S. ally. President Barack Obama visited Saudi Arabia more than any other American president – four times in eight years – to discuss everything from Iran to oil production.

This kind of foreign policy – one based on practical, self-interested principles rather than moral or ideological concerns – is called “realpolitik.”

Henry Kissinger, secretary of state under Nixon, was a master of realpolitik, which drove that administration to normalize its relationship with China. Diplomatic relations between the two countries had ended in 1949 when Chinese communist revolutionaries took power.

Then, as now, China was incredibly repressive. Only 16 countries, including Saudi Arabia, are less free than China, according to Freedom House. Iran, a country the U.S. wants Saudis to help keep in check, ranks ahead of China.

But China is also the world’s most populous nation and a nuclear power. Nixon, a fervent anti-communist, sought to exploit a growing rift between China and the Soviet Union.

American realpolitik applies to Latin America, too. After the Cuban Revolution of 1959, the U.S. regularly backed Central and South American military dictators who tortured and killed citizens to “defend” the Americas from communism.

US not ‘so innocent’

That’s the language Obama used in 2018 to criticize Donald Trump’s embrace of Russia’s authoritarian president, Vladimir Putin, citing America’s “commitment to certain values and principles like the rule of law and human rights and democracy.”

But Trump defended his relationship with Russia, tacitly invoking American realpolitik. “You think our country’s so innocent?” he asked on Fox News.

As Trump alluded to, the U.S. has for decades maintained close ties to numerous regimes whose values and policies conflict with America’s constitutional guarantees of democracy, freedom of speech, separation of church and state, the right to due process and many others.

This story is an updated version of an article originally on published Oct. 22, 2018.