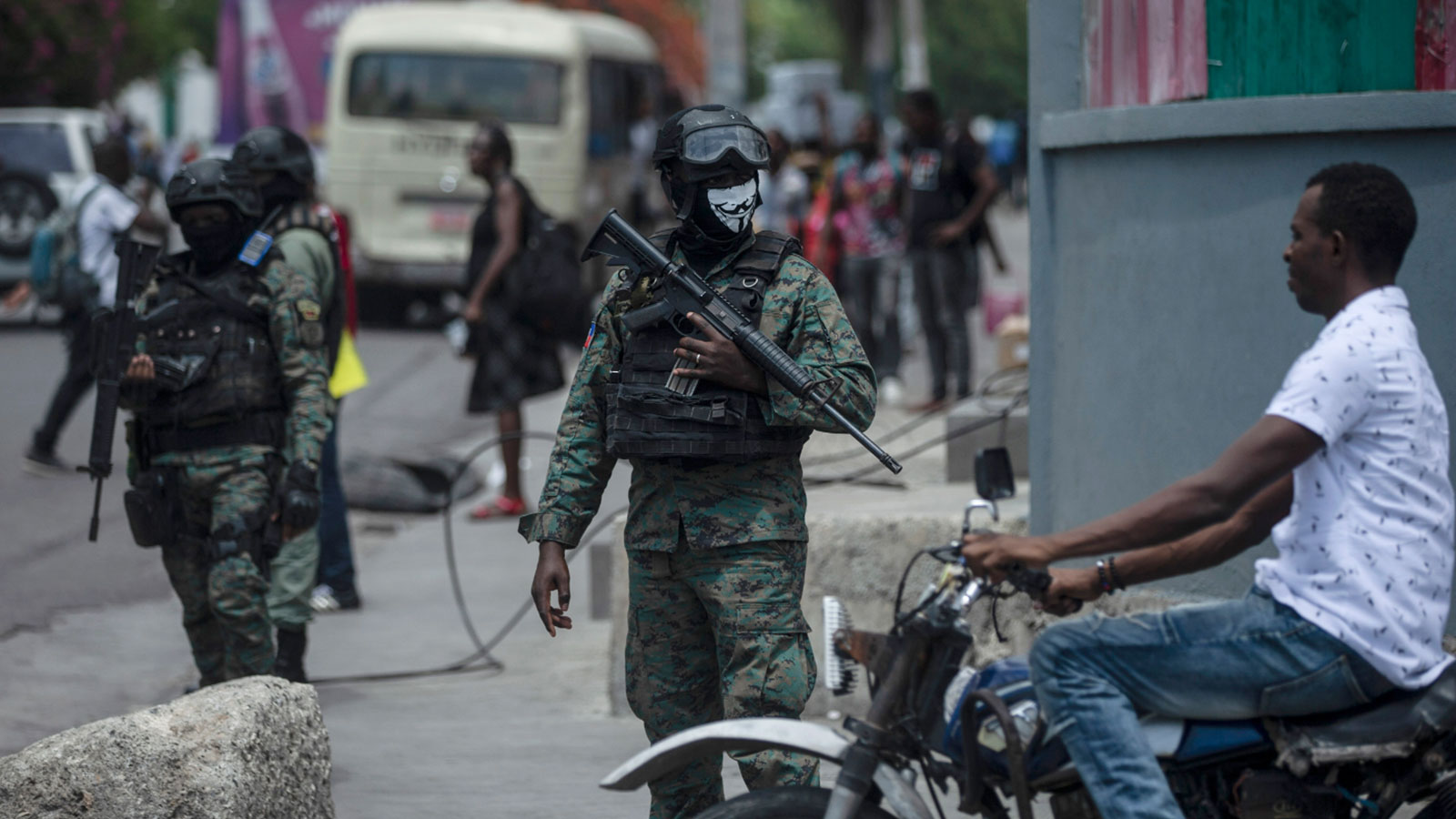 Thousands trapped as gangs battle for control in Port-au-Prince

MSF says corpses line only road into isolated area of Cite-Soleil, Haiti, which rival gangs have turned into a ‘battlefield’.

Thousands of people are trapped without access to food, drinking water and medical care in an isolated part of the Haitian capital, Doctors Without Borders (Medecins Sans Frontieres, or MSF) has said, as clashes between rival gangs in Port-au-Prince’s Cite-Soleil neighbourhood escalate.

Jean Hislain Frederick, the deputy mayor of Cite Soleil, said earlier this week that the fighting erupted on Friday in a battle between members of two rival gangs and that at least 50 people had died and more than 50 were wounded.

“People have no access to water, no access to electricity, and there is a great need for healthcare and latrines. Because of the current fighting, the situation has worsened,” MSF’s head of mission in Haiti, Mumuza Muhindo, said in the statement.

Muhindo also said “corpses that are decomposing or being burned” line the only road into Brooklyn.

“They could be people killed during the clashes or people trying to leave who were shot – it is a real battlefield. It is not possible to estimate how many people have been killed,” he said.

The violence began just a day after the first anniversary of the assassination of President Jovenel Moise, which worsened an already fraught political situation in the Caribbean nation and sent gang violence soaring.

The clashes in Cite-Soleil also have forced the closure of the nearby Varreux fuel terminal, a source familiar with the matter told the Reuters news agency.

Two ships carrying imported fuel have been unable to unload their cargoes, and fuel trucks that distribute to filling stations are not approaching the terminal due to security concerns, said the source, who asked not to be identified.

During the past year, Haiti has suffered from fuel shortages, including some that were exacerbated by gang blockades on fuel terminals in Port-au-Prince and surrounding areas.

Haitian protesters blocked roads in the downtown area of the capital on Wednesday morning in anger over the lack of supplies.

Groups of motorcycle drivers blocked intersections and some were setting tyres on fire, witnesses told Reuters.

“The violence appears to be the result of a confrontation between the G9 and the GPEP gangs,” said a spokesman for the office of Prime Minister Ariel Henry.

The United Nations’ World Food Programme (WFP) also warned this week that hunger was set to worsen in Haiti as a result of the continuing gang violence.

More than one million people in the capital are already food insecure and deliveries of homegrown supplies such as bananas, cannot get there by road because the trucks are at risk of getting shot at or held up along the way, Jean-Martin Bauer, WFP’s Haiti country director, told reporters.

“Large parts of the population have been cut off from the economic heart of the country,” Bauer said in a statement on Tuesday. “We are seeing hunger rise significantly in the capital and south of the country, with Port-au-Prince being the hardest hit.”