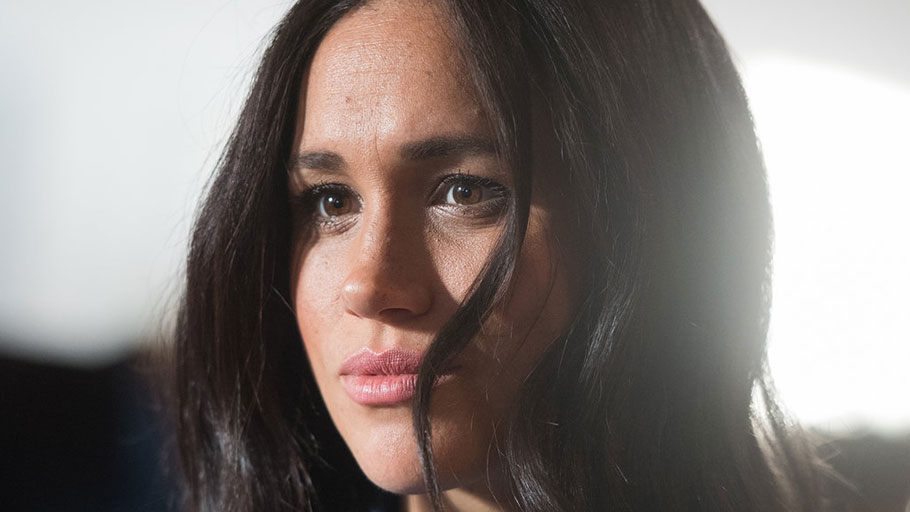 Meghan, Duchess of Sussex, has been persistently subjected to comments in the British media about her race. (Samir Hussein, WireImage, via Getty Images)

The British press has succeeded in its apparent project of hounding Meghan, the Duchess of Sussex, out of Britain. The part it perhaps didn’t bargain for, however, is the loss of Prince Harry — a much loved royal and a key part of the family’s global brand — along with her.

In a statement released this week, the couple said they want to “carve out a progressive new role” within the royal family and will “step back as ‘senior’ members, and work to become financially independent.”

The British press reacted with surprise at the “shock move abroad,” described variously as “seismic,” “selfish,” “rogue” and “an atrocious lapse of judgment.”

If the media paid more attention to Britain’s communities of color, perhaps it would find the announcement far less surprising. With a new prime minister whose track record includes overtly racist statements, some of which would make even Donald Trump blush, a Brexit project linked to native nationalism and a desire to rid Britain of large numbers of immigrants, and an ever thickening loom of imperial nostalgia, many of us are also thinking about moving.

From the very first headline about her being “(almost) straight outta Compton” and having “exotic” DNA, the racist treatment of Meghan has been impossible to ignore. Princess Michael of Kent wore an overtly racist brooch in the duchess’s company. A BBC host compared the couple’s newborn baby to a chimpanzee. Then there was the sublimely ludicrous suggestion that Meghan’s avocado consumption is responsible for mass murder, while her charity cookbook was portrayed as somehow helping terrorists.

Those who claim frequent attacks against the duchess have nothing to do with her race have a hard time explaining these attempts to link her with particularly racialized forms of crime — terrorism and gang activity — as well as the fact that she has been most venomously attacked for acts that attracted praise when other royals did them. Her decision to guest-edit British Vogue, for example, was roundly condemned by large parts of the British media, in stark contrast to Prince Charles’s two-time guest editorship of Country Life magazine, Prince Harry’s of a BBC program and Kate Middleton’s at Huffington Post, all of which were quietly praised at the time.

Her treatment has proved what many of us have always known: No matter how beautiful you are, whom you marry, what palaces you occupy, charities you support, how faithful you are, how much money you accumulate or what good deeds you perform, in this society racism will still follow you.

In Britain’s rigid class society, there is still a deep correlation between privilege and race. The relatively few people of color — and even fewer if you count only those who have African heritage — who rise to prominent success and prosperity in Britain are often told we should be “grateful” or told to leave if we don’t like it here.

The legacy of Britain’s history of empire — a global construct based on a doctrine of white supremacy — its pioneering role in the slave trade and ideologies of racism that enabled it, and policies of recruiting people from the Caribbean and Africa into low-paid work and then discriminating against them in education and housing, is with us today: The scandal surrounding the wrongful deportation of black British people in recent years is still reverberating.

Meghan’s decision to join the family that is the symbolic heart of the establishment responsible for this troubled history was perplexing to many black British people, as we wondered whether she fully appreciated the institution she had entered.

Both she and Harry appear to have gained crystal clear vision as to their reality. It’s no wonder the couple want to leave and — as the coded statement that they want to raise their son Archie “with the space to focus on the next chapter” seems to suggest — protect him from the bile to which they’ve been exposed.

The British press, having attacked the couple continuously, now reacts with shock at this move. But the clues have been there for some time for anyone willing to read them.

There was the decision not to give Archie a title from birth — something that is expected among royal children of this rank but which Meghan and Harry appear to have chosen to avoid. Then there were the rumors last spring that they might relocate to a country in southern Africa.

In recent months, the couple have begun bypassing official royal channels and communicating with the press directly — most notably when the duchess said in a television documentary that she found adjusting to royal life “hard,” and Harry revealed that the tragic experience of the death of his mother, Diana, Princess of Wales, made him want to “protect” his wife and family.

All were signs that the couple would not abide by royal business as usual, to the extent that even announcing this decision to step down from their roles as senior royals appears to have taken Buckingham Palace by surprise.

I am not at all surprised. This was the bitter shadow of their sunny May 2018 wedding. How many of us suspected — hoping but doubting we were wrong — that what would really initiate Meghan into her new role as a Briton with African heritage would be her experience of British racism. And ironically, by taking matters into their own hands, Harry and Meghan’s act of leaving — two fingers up at the racism of the British establishment — might be the most meaningful act of royal leadership I’m ever likely to see.

Afua Hirsch teaches journalism at the University of Southern California. She is the author of “Brit(ish): On Race, Identity and Belonging,” which won a Royal Society of Literature Jerwood award.