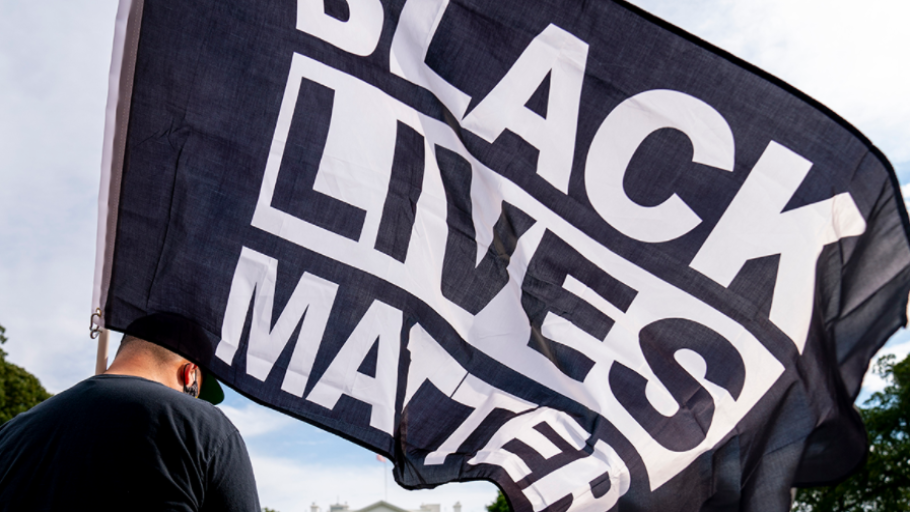 Nearly one year after protests that rocked America’s cities and helped propel Joe Biden’s ride to the White House, Black Lives Matter activists aren’t the Washington power players they envisioned themselves to be.

The Biden administration has neither granted them a meeting months after they requested one, nor have any names of activists been listed in White House visitor logs. (Those logs, it should be noted, just cover the first couple of weeks in office.) Their leaders are absent from police reform discussions on the Hill. And their legislative proposal, the BREATHE Act — which codifies the reallocation of funds from law enforcement to communities of color — has yet to catch on outside of a small circle of progressives in Congress, including Democrats Ayanna Pressley and Rashida Tlaib, who have backed it.

The issues that brought Black activists into the streets — and the national spotlight — have not gone away. Far from it. Police continue to kill Black and Latino Americans at higher rates than white Americans. Since November, 47 state legislatures have proposed or passed bills that effectively limit access to the ballot for low income, Black and Latino voters. And a growing number of Republican-led legislatures have passed bills limiting protesters’ rights — and absolving those who antagonize or harm them.

Now, leading Black activists say those issues aren’t getting the hearing they deserve.

“It was grassroots and base building organizations that put our issues at the forefront. That’s who delivered this win to the administration,” said Amara Enyia, policy director for the Movement for Black Lives. “At minimum, those folks should be given an audience.”

Part of the disconnect may be the cultural gap between activists — for whom justice is an absolute, but attainable ideal — and politicians, who deal with the messy realities of governing, forging compromise, and accepting incremental wins. Many BLM leaders, for instance, pushed to “defund” city police departments, only to find little appetite among lawmakers for what was widely seen as a politically suicidal position.

On Sunday, House Majority Whip Jim Clyburn (D-S.C.) signaled that he was willing to water down qualified immunity, which currently shields officers from civil liability for misdeeds, in order to pass some sort of policing reform legislation.

So while, at the outset of the new Congress, movement leaders stressed they wanted to play a role in enacting policy change, and insisted they weren’t interested in empty rhetoric or piecemeal reforms, they’re now reassessing that approach as frustration sets in.

Now, where there was once more momentum behind the push for sweeping systemic change, bureaucratic policy hurdles and political calculations have pushed activists with the Movement for Black Lives back to the sidelines.

While this has forced activists to refocus their efforts, they maintain that their organizing is multi-dimensional. And they’ve amassed a sizable war chest. The Black Lives Matter Global Network, armed with more than $90 million in fundraising following last summer’s protests, has channeled those funds into initiatives and campaigns. One, launched in February, targets police unions and police budgets–efforts that have the most heft at state and local levels.

They’ve also used that funding to publicize their assessment of Joe Biden’s performance as he passed the 100-day mark. A recent advertisement paid for by the Black Lives Matter Global Network, criticized the administration’s handling of police reform. The ad, which aired in Washington, D.C., for a limited time, specifically condemns what they see as Biden’s lack of action on the transfer of military equipment to law enforcement.

“We are the people who elected Biden,” the ad says. “It’s time he started acting like it.”

When asked for comment, a White House official did not specify where talks with movement leaders stand. The official, who spoke on the condition of anonymity to candidly explain the administration’s stance, said there is an “open and ongoing dialogue” between senior White House officials and leaders of the movement as well as with legacy civil rights organizations.

Movement leaders also met with members of Congress early in the planning stages for the Justice in Policing Act last summer and asked for a platform to outline the BREATHE Act, several activists said. However, even those they view as allies on the Hill — including Rep. Karen Bass (D-Calif.), who is spearheading police reform discussions — were unwilling to diverge from the bill’s core tenets.

As members of Congress continue to hash out a bill to pass with enough Democrats and Republicans in the Senate, activists say they have not been included in any of those discussions.

Melina Abdullah, a co-founder of Black Lives Matter Los Angeles and one of the movement’s first lead organizers, said movement leaders have not abandoned their national advocacy work.

She pointed to a number of allies in Congress like Bass with whom she and other leaders have had “critical conversations” in the past about the movement’s role in policymaking.

“One of the things we’re looking at moving forward is having a better relationship [with lawmakers],” Abdullah said. “So rather than lawmakers making laws without the input of a movement that gives traction to them, we want to do a better job of coordinating on the front end.”

But complicating things is the fact that movement leaders stand vehemently against the Justice in Policing Act, which Congress drafted as a response to their protests. They argue that instead of holding officers accountable, the bill — which passed the House in March — actually gives more funds to law enforcement. Moreover, activists say, police de-escalation training, universal body cameras and data to track use of force, all provisions of the Justice in Policing Act, don’t go far enough.

The bill “requires that police be the fixers of their own problems,” said Karissa Lewis, national field director for the Movement for Black Lives. “And we know that that just has not been a successful strategy.”

Still, the Movement for Black Lives has come out in favor of some national policies that have implications for the work they do on the state level. Activists point to both the For the People Act and John Lewis Voting Rights Act as critical to their work. If passed, the bills would curb a number of the provisions in state laws that limit access to the ballot.

Organizers said they were happy to hear Senate Majority Leader ´ say that he would like to pass a major voting rights bill by August, though it’s not clear how he would do so without reforming Senate rules.

And there are activists who are continuing their work locally. A national platform, they say, was never one of their chief goals. Following an unsuccessful effort to reallocate police funds in Minneapolis last summer, activists there say they’re doubling down on their push for more comprehensive public safety plans that give community members more power.

“We know the history of the failure, where we’re expecting [police] to reform themselves,” said D.A. Bullock, a lead organizer with the Minneapolis-based group Reclaim the Block. “We know that’s not possible. We’re looking to a more fundamental change in the way we do public safety.”

Nor do they see Derek Chauvin’s conviction as the final chapter following last year’s organizing against police violence and systemic racism under the umbrella of a “racial reckoning.”

“People are still asking this question of, ‘is anything coming?’ Yes, it’s coming. It’s happening on the local and state level,” said Maurice Mitchell, national director of the Working Families Party and lead organizer with the Movement for Black Lives.

Still, Mitchell added that he and other lead organizers feel they are “duty bound to ensure that [police reform] happens on the federal level.”

Mitchell called for Biden to issue more executive orders and make full use of the bully pulpit to pressure Congress to act quickly on criminal justice reform as discussions around the Justice in Policing Act seem unlikely to conclude in time for Biden’s May 25 consensus deadline.

Federal legislation, activists argue, should address the root causes of the issue: A system of law enforcement that disproportionately harms communities of color. And that means they’ll continue to push for a public safety overhaul — and lobby those members of Congress willing to hear them out.