It’s Always Exhausting To Be Black In America, But This Week Was Especially Brutal

You Are Here: Home » Commentaries/Opinions » It’s Always Exhausting To Be Black In America, But This Week Was Especially Brutal 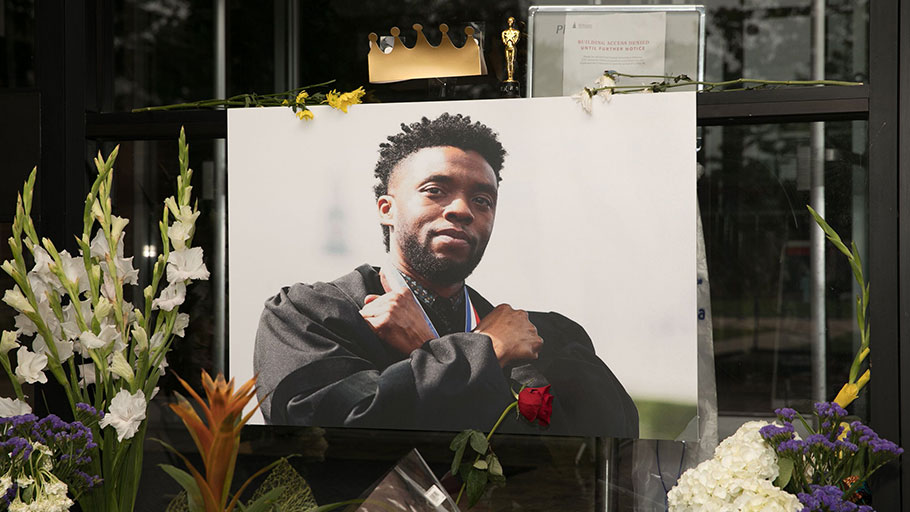 And still, we overcome.

It was Aug. 28, 2020, at 9:26 p.m. Central Standard Time when Black Twitter was hit with a wave of shock and immense sadness. First, there was disbelief. Surely this a joke, right? Quick, somebody confirm it! Has TMZ said anything?

And then a single tweet from his account with the official confirmation that after a four-year battle with cancer, Chadwick Boseman had indeed died. We, Black Twitter, began to express a litany of emotions from despondency to apathy, with the recurring theme being a deep tiredness and poignant sadness.

Didn’t we just master the stages of grief with John Lewis, and C.T. Vivian and Little Richard, and Betty Wright and Pop Smoke and Andre Harrell, and Kobe Bryant? Didn’t we just cry for Jacob Blake after watching his attempted murder in front of his children? Aren’t we still mourning the wedding Breonna Taylor never got to have? Black Americans are sad.

Aug. 28, 2020, Black America watched as thousands of people descended on the Lincoln Memorial for our generation’s March on Washington. Fifty-seven years after Dr. Martin Luther King Jr. delivered his “I Have a Dream” speech, we listened to George Floyd’s sister tell us that she too had a dream, one in which her brother was still with her. Healthy, whole, bullet-free, and full of life.

Though the march was an outstanding show of our fortitude and solidarity, I would be remiss if I didn’t note how emotionally draining it was. Fighting for your life every day is draining. Figuring out ways of being that seem less threatening so as to increase your chances of making it home to your family is tiresome. Knowing that at any moment of any day the very people who are supposed to protect and serve could kill you without cause or repercussion — that recurring thought — is maddening. Black Americans are tired.

Aug. 28, 2020, People magazine reported that COVID-19 was now the No. 3 cause of death for Black people, topped only by heart disease and cancer. So, while we mourn our family, both those taken too soon and those who lived full lives, while we protest and lobby for legislative changes to an unjust system, while we exist with this double consciousness adapted for survival, while we cling daily to shreds of our humanity, we must also be vigilant against this disease.

We must distance ourselves from loved ones, we must not go out and enjoy our normal pleasures for fear of contracting COVID-19, and we must bear in mind our collective responsibility, one to another. Essentially, we must do everything all Americans should do, while also dealing with the mental and emotional trauma that not all Americans have. But we all have the same 24 hours, right?

Aug. 28 has always held deep historical significance for the Black community, so to lose Boseman, our superhero ― the man who inspired Black Pride while playing a Marvel character, who portrayed James Brown, and who starred as Jackie Robinson ― was a kind of melancholy that we as a community know well.

On this day we also acknowledge the 65th anniversary of the death of Emmett Till. We recall the open casket his mother demanded and how his one offense was simply being too Black in a place that was too racist.

On this same day, we also somberly commemorate the 15th anniversary of Hurricane Katrina and the death and devastation that accompanied it. Knowing that 51% of all known deaths in Louisiana were Black people, we recall the images of families crowded on rooftops and the elderly pushed into corners after taking their last breath.

On Aug. 29, 2020, I awoke to a world that was no less troubled than it was the day before. None of our people, neither the Black Mamba nor the Black Panther, were here. Jacob Blake was still paralyzed and Atatiana, Botham and Breonna were still gone. COVID-19 was still on the rise and I even learned a new troubling fact about Kyle Rittenhouse.

This is my reality, and though I don’t speak for all Black people, I know this is the reality for many Black Americans. We are sad and, moreover, we are tired. So the next time you start a message “I hope this email finds you well” or you notice a Black colleague “isn’t themselves” in a meeting, know they are balancing anger and sadness and confusion and fear, and are holding it together the best way they know how. We are not OK.

Aug. 30, 2020, just three days shy of his 79th birthday, the Georgetown legend Coach John Thompson Jr. died. Thompson was the first Black coach to win an NCAA championship and was known for his advocacy of youth and racial equity on and off the court; having once walked out of a game over Proposition 48, a discriminatory policy that disproportionally affected Black athletes.

His legacy, like that of so many of our elders who have passed, branches out far beyond his immediate circle of influence and bleeds over into the very fabric of Black American culture.

Without Coach Thompson, there is no Allen Iverson as we know him. Without Allen Iverson, we never see the entanglement of hip-hop culture and the NBA. Allen Iverson in 1996 is the reason we see rookie Brandon Ingram rocking his tattoo sleeves and braids in 2020, and none of that is possible without Thompson.

As our greats, our elders, the ones we look up to, the ones we revere with the respect of royalty, are dying, it’s difficult to fully celebrate their legacies because we feel as though we need them here. Still reeling from a multitude of other hurts we’ve experienced this week, this month, this year ― we can’t fathom a loss that great.

However, when we look at the bigger picture, it’s almost selfish of us to want them to remain when they’ve more than earned their rest. When we look at the body of work of John Lewis, C.T. Vivian, and Coach Thompson, we see they lived full lives and worked tirelessly so as to increase our station in life in this country.

But when you’ve lost as much as we’ve lost, when you continue to lose with no end in sight., you tend to hold on a bit tighter. It’s almost as if both our ancestors ― the foundations on which we built our lives and our futures and the young black men and women coming behind them ― are being snatched from us simultaneously, causing a sense of bewilderment.

This is has been a tough week, in a tough year, in an even tougher chronicle of the Black American experience. The grief is heavy, and the emotions are high. But we are finding ways to cope, we are finding outlets of expression. We are, as we always have, overcoming.