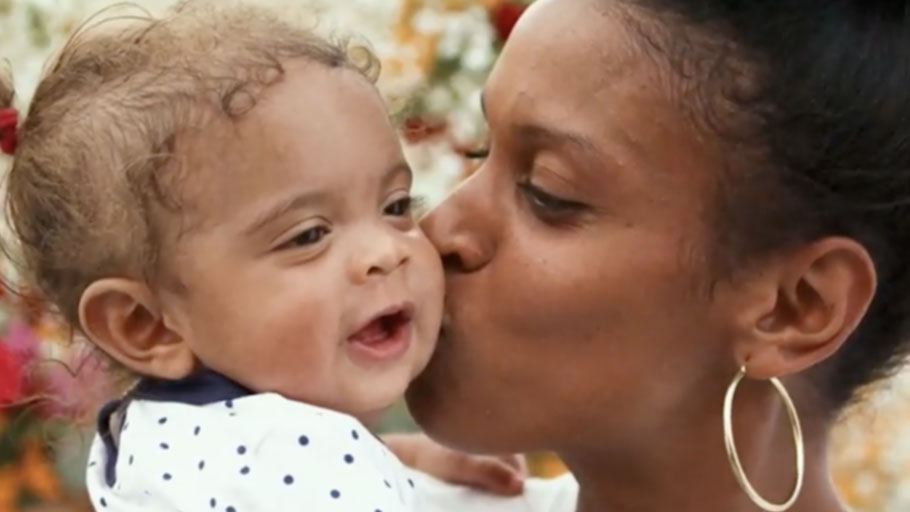 Dozens of Black-led advocacy groups nationwide are calling for an end to the criminalization of youth younger than age 23, and a disruption of systems that wrench newborn infants from their mothers’ arms shortly after they’ve given birth.

In the live-streamed Black National Convention on Friday, activists highlighted a far-reaching grassroots policy agenda that included reparations, basic income, trans rights, environmental justice and an overhaul of the “criminal legal system.” The 2020 “Vision for Black Lives,” which has been gradually rolled out since June, also includes major reforms in the fields of youth justice and child welfare – two pillars of racial inequity that activists with the Movement for Black Lives say are too often ignored.

“We were looking across all the different aspects in our community where the tentacles of the carceral state existed,” said Monifa Bandele, senior vice president for momsrising.org and a member of the Movement for Black Lives’ policy leadership team. “We were really trying to touch on all the ways – it’s not just stop and frisk, the school-to-prison pipeline. We really wanted to give a detailed account on all the many ways Black people are funneled into prisons.”

The Movement for Black Lives’ lengthy policy platform highlights a child welfare and youth justice agenda that has been years in the works.

The Movement for Black Lives, an umbrella group for roughly 150 local, state and national organizations, is calling on the nation to “end the war on Black youth who are “systematically profiled and targeted by police,” by decriminalizing youth under 23. The group’s platform also calls for halting the “war on Black women,” by ending “the foster system’s power to permanently and irreversibly destroy Black families through termination of parental rights,” among other demands.

The Friday convention was held on a day like many more before it in recent months, of ongoing protests fueled by yet another viral video capturing the shooting of a Black person by a white police officer. The latest attack happened in Kenosha, Wisconsin, on Aug. 23. Jacob Blake, 29, was left paralyzed from the waist down after being shot in the back while apparently trying to get into the car with three of his children. Last week ended with the Rev. Al Sharpton and descendants of Martin Luther King Jr. hosting a rally that brought thousands to the national mall in Washington, D.C. Featured speakers included relatives of George Floyd, Breonna Taylor and other victims of police killings.

With these public demonstrations as backdrops, the convention organized by the Movement for Black Lives tackled voter suppression, housing insecurity and inter-community violence, and it featured performances by artists including Saul Williams.

“I am immensely excited, because we are finally engaging in public discussions in Black communities and beyond, about radically transforming those structures that have served as the lifelines of racism, misogyny, transphobia” and other injustices, the activist and philosopher Angela Davis told the viewers. “This is a moment ripe with possibility, so let the convening of the Black National Convention be a launching pad for a radical left agenda – a radical Black left agenda.”

Other speakers included Patrisse Cullors, a co-founder of the Black Lives Matter global network and Tarana Burke, a founder of the #MeToo movement. The Movement for Black Lives’ lengthy policy platform highlights a child welfare and youth justice agenda that has been years in the works.

“We’ve been really excited to see more and more groups who are very active, very vocal and very powerful in the criminal legal system reform and abolition movement starting to make a connection to the injustices of the foster system and really embrace the work,” said Lisa Sangoi, co-founder of the Movement for Family Power, a child welfare research and advocacy organization. She is also a member of the Movement for Black Lives’ policy leadership.

The platform Sangoi and more than two dozen other groups collaborated on includes bold demands. It also highlights surveillance fears of vulnerable parents giving birth: “One of the many places mandated reporting has proliferated is labor, delivery and neonatal units, where medical providers routinely conduct medically unnecessary drug testing without consent and turn over the results to Child Protective Services.”

Chris Martin, director of the legal team for Black Lives Matter Los Angeles and a child welfare attorney, said hospitals play a big part in creating the disproportionate separation of Black children from their families. Black kids make up 7.5% of L.A. County’s child population but comprise 27.5% of the children placed in out-of-home foster care, according to the Child Welfare Indicators Project.

What’s more, Black people and white people use substances at a similar rate, Martin said, but the hospitals that poor Black women rely on are more likely to give them an involuntary drug test during childbirth. A positive test triggers an automatic referral to child protective services, and often the removal of the child from the mother. Hospitals in wealthier neighborhoods don’t routinely test their patients, Martin said.

Martin added that there’s a natural connection between protests about police brutality – where groups like Black Lives Matter have been most visible – and those opposing the role that the child welfare system has played in America, often in close concert with law enforcement.

“We do need to ‘hashtag Defund DCFS,’” Martin said, referring to Los Angeles’ child welfare agency, the Department of Child and Family Services. “These are the structures that have been rooted in racism and anti-Blackness for decades, in the time since DCFS has been in business.”