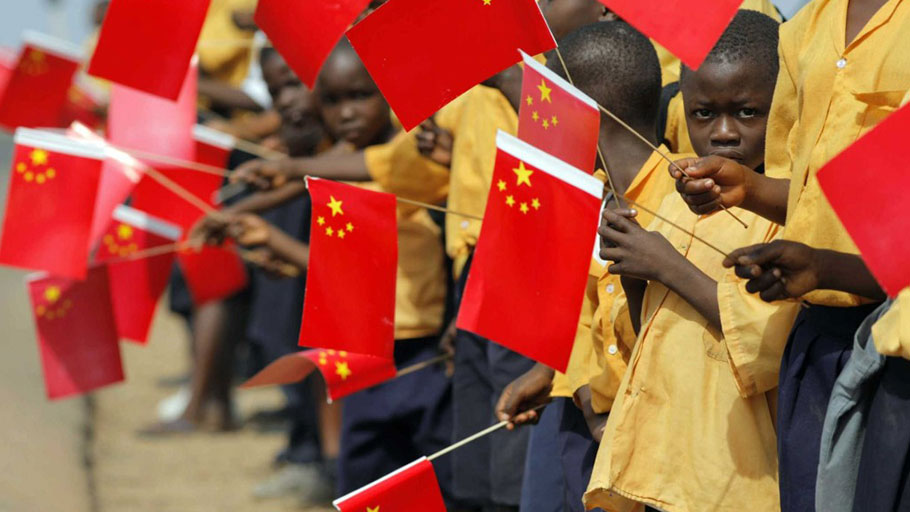 Development or De-industrialisation? A new look at Chinese engagement with Africa

You Are Here: Home » Blog » Commentaries/Opinions » Development or De-industrialisation? A new look at Chinese engagement with Africa

Africa’s relations with China have been the subject of interest for decades. At a deeply personal level, my own first contact with China was almost romantic. My father was Nigeria’s Ambassador to the Peoples’ Republic of China in the early seventies and lived in Beijing, at the time of Chairman Mao and the Cultural Revolution.

Later in life, reading the horrific tales from the Chinese and others, of their experiences in those times, it is remarkable how different my father’s impression of China was, and the image he passed on to me as young boy in his early teens studying at King’s College in Lagos. My father adored China. He loved Chairman Mao.

The Cultural Revolution for him was one in which the black African, seen everywhere else at that time, (in the Arab world, the Americas, Europe and parts of Asia), as some inferior, uncivilized specie, was portrayed as having dignity and being worthy of respect. This was a time in which many parts of Southern Africa were still under colonialism and apartheid.

Mozambique, Angola, Zimbabwe (then Rhodesia), South Africa … a long list of countries trampled under the feet of European colonialists and white supremacists, supported fully by successive American governments acting in the interest of International Finance Capital. Support also came from the old colonial powers like Britain who, for a long time, made token statements condemning the “excesses” of the settlers and the Afrikaans, similar to the faint-hearted criticisms of atrocities committed by Israel in occupied Palestine.

I tell this story of my father, because it partly grounds the romantic – or romanticized-engagement of Africa with China. Prior to his sojourn in Beijing, he had served as High Commissioner to Canada and Ambassador to Belgium.

Given his prior exposure, he was the typical Europhile, committed to a vision of Africa’s “progress” defined by proximation to western standards of doing things and thinking. After China, he became Permanent Secretary in the External Affairs Ministry under late General Murtala Mohammed and later General Olusegun Obasanjo, and the influence of the cultural Revolution was written all over the foreign policy he crafted.

Supported by a crop of young diplomats (Adeniji, Fafowora, Waziri) and radical intellectuals (Patrick Wilmot, Bala Usman), the Ministry pursued foreign policy that was perceived immediately as anti-US and anti-West. In Angola, Nigeria led and ensured that African countries supported Agustinho Neto’s Cuban-supported MPLA. This was a slap in the face of the US, which backed Holden Roberto’s FNLA and Apartheid South Africa which armed Jonas Savimbi’s UNITA.

The rest is history, leading to the end of colonialism and apartheid in the region. It is therefore noty surprising that Africans of my father’s generation, and those around them would see China very differently from the view of the West.

For the African, China represented a country that treated the black man with respect at a time the US was still struggling with civil rights and supporting an apartheid ideology based on the supremacy of white over black.

Africans could not be expected to alienate or feel any sense of indignation toward China on account of alleged human rights abuses domestically, or such issues as child labour or currency manipulation. Africa loved China and this love is founded on a romantic view of China as a friend, as a saviour,y as a partner, as a model.

After all, we all grew up counting China among under-developed, or less developed economies. And let us not forget that China says nothing about corruption in Africa, or rigged elections. Herein lies the danger.

As Governor of the Central Bank in my country since 2009, I have had cause to think deeply about this view of China. It has been a difficult journey, but I have had to ask the main question; is this view borne out by the reality? Take Nigeria, and let me state upfront that I do not blame the Chinese, or any “foreign powers” for Nigeria’s problem.

The British colonized Nigeria officially in 1914 and left in 1960. Nigeria has been independent and governed by Nigerians longer than it was by the British. So we cannot even blame “colonialism” or imperialism” for our woes. We must blame ourselves for our fuel subsidy scams, for oil theft in the Niger-Delta, for our neglect of agriculture and education, and for our limitless tolerance for incompetence and mediocrity in critical functions.

That said, it is very clear to me that, ceteris paribus, a critical pre-condition for development in Nigeria (and the rest of Africa) is to remove the rose tinted glasses with which we regard China. Nigeria is a country of over 160 million people,Resources a large domestic market, whose industries are shut down, and which spends huge resources importing consumer goods from China that ought to be produced locally.

We import textiles, fabric, leather goods, tomato paste, starch, furniture, electronics, building materials, plastic goods, food (processed and unprocessed) etc. The Chinese on the other hand, purchase crude oil, and in most of Africa they have set up huge mining operations in the extractive industries, including a number of illegal mines all over the continent. To be fair, they have also built some infrastructure in Africa, albeit with equipment and labour imported wholly from China without imparting any meaningful skills to the local community.

I write here in very general terms as I am sure exceptions can be found. China therefore takes from us primary goods and sells us manufactured ones. Africa is a dumping ground for Chinese manufactured exports. But, pray, is this not the whole essence of colonialism? The British only went to Africa and India to secure raw materials and markets. Africa is voluntarily opening itself to a new imperialism. China is not a “fellow underdeveloped economy”.

The days of the Non-aligned movement are gone. China is the second biggest economy in the world, an economic giant capable of the same forms of economic imperialism as the West. China is a major contributor to the de-industrialsation of Africa and thus African underdevelopment.

Three decades ago China had a major advantage over Africa in its cheap labour costs. Economic growth and increasing prosperity mean that China has now lost that advantage. Africa must seize this moment, and move manufacturing of goods consumed in Africa out of China to the African continent.

For Africa to finally realize its economic potential, and for the above to succeed, we need four things: first we need to build first class infrastructure (electricity, telecommunications, transportation). Second, the infrastructure so built, should service a vision of afro centric economic policies. African nations will not develop by selling commodities to Europe, America and China. We may not compete immediately with the Asian tigers in selling manufactured goods to Europe. But in the short-term, with the right infrastructure, the huge African market is there.

Third, we must see China for what it is, a competitor who must be “taken out”. Africa must look at trade practices, the impact of export incentives and subsidies and a weak currency, on Chinese exports to Africa.

We must not only produce locally those goods in which we can build comparative advantage, but actively fight off Chinese imports promoted by predatory policies. Finally, while African labour may be cheaper than Chinese labour, productivity remains very low.

Investments in technical and vocational education are critical. These changes would transform the relationship between Africa and China. Africa must recognize that China is not in Africa for African interests.

It is there for the interest of China (just like the Americans and Russians and British and French and Brazilians and everyone else). The romance needs to be replaced by hardnosed economic thinking.

Engagement must be or terms that allow the Chinese to make money while benefiting African development – such as incentives to set up manufacturing on African soil and policies to ensure employment of Africans and skills transfers as well as encouraging equity participation by locals. Africa must take a close look at trade policy and dumping practices, as well as standards of imported products. Being my father’s true son, I must confess to not being able to recommend a divorce between Africa and China.

I love China. However, a review of the exploitative elements in this marital contract is long past due. All romantic liaisons begin with every partner being blind to the other’s flaws, and seeing him/her through rose tinted glasses. Gradually the glasses are removed, the scales fall off.

We see the partner fully, warts and all. We may still remain together, still love each other, but at least there are no illusions and our feet are on the ground. This is what I think is happening, or at least should be happening, in Africa’s romantic engagement with its oriental partner.

(P. S. Did Cleopatra ever have an oriental lover? I need to research that and it may give some clues.)

Sanusi is the current Emir of Kano and former Governor of the Central Bank of Nigeria . He wrote this piece 4 years ago while he was Governor.